The ambitious, bold and hungry start their week with The Business of Business!
Markets
3.16.18   1:47 PM Markets

McChipotle: Fast casual is about to head downmarket

Chipotle Mexican Grill once only targeted high-income areas. That appears to be changing.

We have an unhealthy obsession with burritos here at Thinknum Media, especially when it comes to how much they cost. We've talked about the Burrito Index more than once, in fact.

But now we have data that suggests Chipotle Mexican Grill, the company that graduated us from 99-cent burritos of unknown fillings to $10 burrito bowls bursting with real tomatoes and guac that was made out of actual avocados, may be aiming its sights on slightly lower-income markets.

Let's back up a moment.

When Chipotle Mexican Grill first launched in 1993, it introduced many to a more costly version of fast food dubbed "fast casual" which combined the known fast food experience with higher-quality food. At the time, it amazed millions of Americans: no need to sit at a table and wait for a server, but you still get real vegetables and meat that looks like... well, meat. The company even told consumers where it sourced its food and guaranteed that the ingredients in your food were not only good for you, but also good for the world.

Of course, this also meant that a burrito at Chipotle cost more than one at, say, Taco Bell. But people were okay with that given the quality, and Chipotle flourished in slightly upscale markets that responded to such messaging.

Put simply, Chipotle was smart: it opened stores in markets that it knew wouldn't bat its lashes at higher prices in exchange for quality ingredients.

This graph represents Chipotles opened up over time along with the median household income (based on 2016 Census Bureau data) in those stores' respective areas, averaged out for the stores opened on those dates [dataset is here for Thinknum subscribers]. As you can see, Chipotle went after markets that would be open to the concept of a $10 burrito.

In fact, when we look at the first pull of data, the first 1,844 Chipotle Mexican Grills we crawled in 2015, the median income level average of those locations was $87,488.31. Over the years, as you see, openings occured in areas of varying income levels, some as high as $97,755 in February of 2017. But keep in mind that was for only 5 stores. Here's the breakdown for the number of stores opened over time, with the same income data reported in the graph above, along with the number of stores opened:

So why does this matter? When you compare that 2015 median income target of $87,488.31 to the markets in which the latest stores have launched, a telling difference arises. Since October 17, the most recent 109 Chipotle Mexican Grills have opened in markets with an average median income of $77,841.58 [dataset is here].

What we're seeing, then, is that Chipotle's retail location strategy has shifted a bit. Why?

First, it's saturated those initial target markets, as we see in the data above and visualized in the map below. 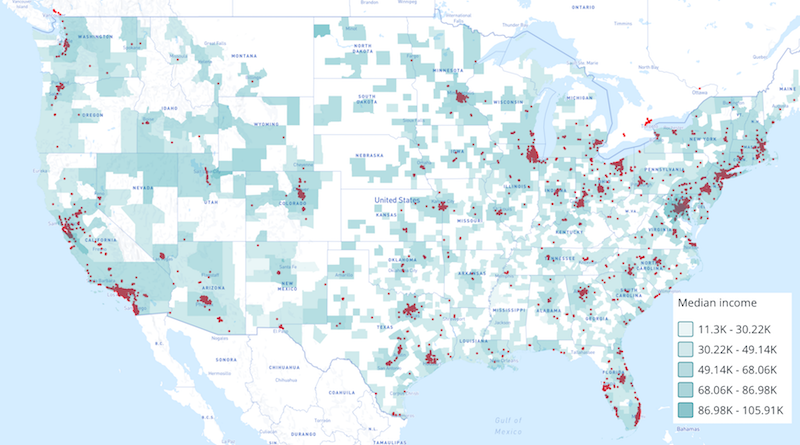 In fact, Chipotle recently raised prices across the board - some more in certain markets than others - and no one (other than us) blinked an eye.

But now that Chipotle has very effectively gone after those markets, brand clones like Dos Toros and Freebirds are moving into the space. Meanwhile, "fast casual" options have exploded for consumers. There are now fast-casual options for virtually every food type, especially in the markets that Chipotle has traditionall targeted. Chinese food now has Pei Wei. Pastamania has Italian foodies excited. And if we were to talk about fast-casual burgers from Shake Shack, Five Guys, or The Counter, we'll be here all day.

So what's next for Chipotle now that the company has essentially done what it set out to do?

Burritos for the rest of us, it seems. And it makes sense, too. Now that Chipotle is as common a work-day lunch option as Subway or dare we say even McDonalds, the value proposition for those who much be a bit more penny-pinched is already in place.

And, finally, for those looking for a Burrito Bowl on the east coast, here are some of the most recent openings just for you. 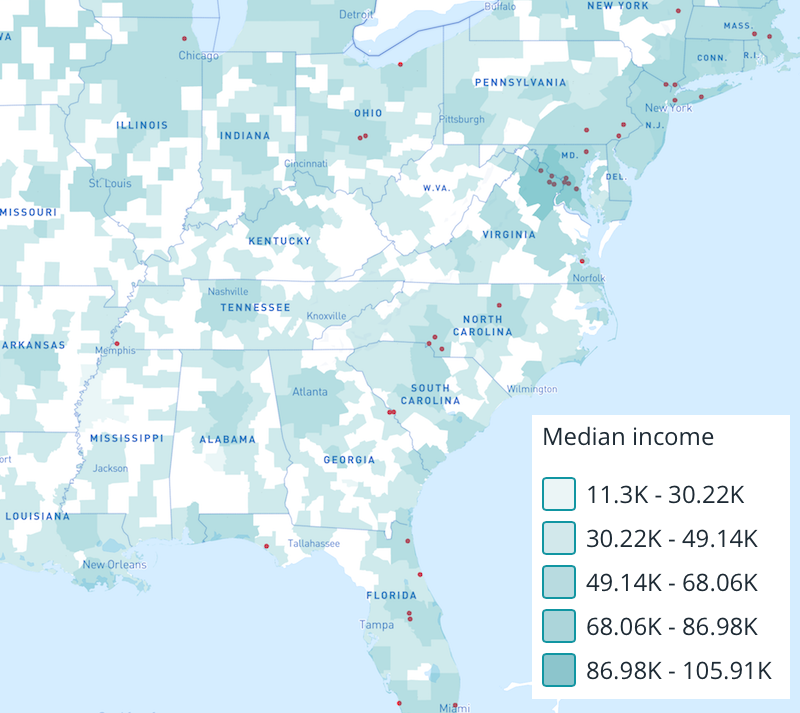