The ambitious, bold and hungry start their week with The Business of Business!
Markets
6.13.18   1:14 PM Markets

In a somewhat bizarre move from left field, breakfast and pancake king IHOP ($DIN) announced that it is changing its name to IHOb because it was going to focus on hamburgers (H) instead of pancakes (P). At least for now. Or not. Or something like that.

People were not as amused as IHOP had hoped. Other restaurants mocked the chain while social media scratched its collective head.

So we took a look at IHOP's social media history for the past year.

The last time IHOP saw action on social media came last year when it was celebrating its 59th anniversary.

In July 2017, "talking about" counts for IHOP on Facebook spiked to a high of 100,000 mentions. That came right after IHOP offered a stack of pancakes for just 59 cents on its anniversary of the same number.

We're seeing the beginning of an uptrend in talking-about counts for IHOP (perhaps we should be searching for IHOb?), but it remains to be seen if the confusing behind the stunt will net out for the brand. Meanwhile, IHOB's Twitter handle for the new campaign, @IHOb, has already picked up 365,000 followers. 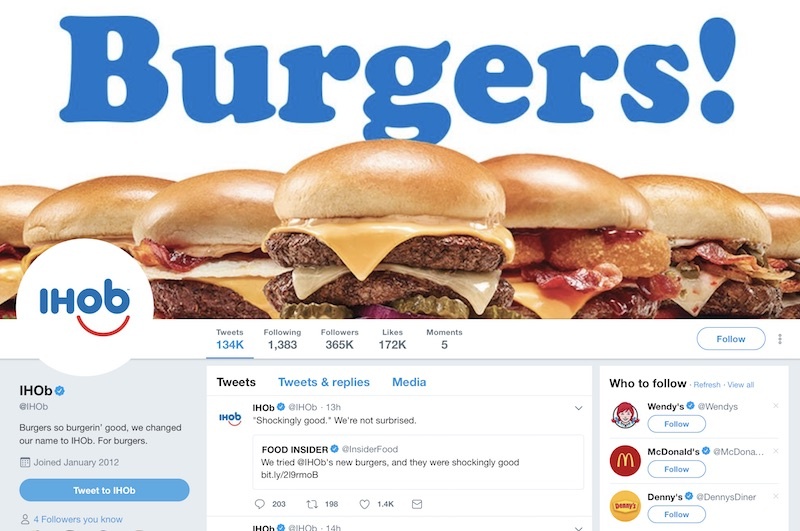 Burgers aside, if our social data for the restaurants tells us anything at this point, it's entirely possible that IHOP should stick to just offering up pancakes when its 60th anniversary arrives next month. We're guessing (hoping) that's what this could be all about.

But to be sure, we looked further into out archives. Going even further back in time, IHOP's "talking about" traction shows several spikes surround news and campaigns.

Some of these jumps surrounded some unfortunate news events back when Facebook was still pushing news stories (they've since given up the practice), including a November 2016 stabbing that was circulated heavily.

However, in July 2016, around 160,000 IHOP mentions were tracked on Facebook. What were they talking about?

You guessed it: 58-cent pancakes for the restaurant's 58th anniversary.

In other words, look out for 60-cent pancakes in July. We'll be waiting with butter and syrup. 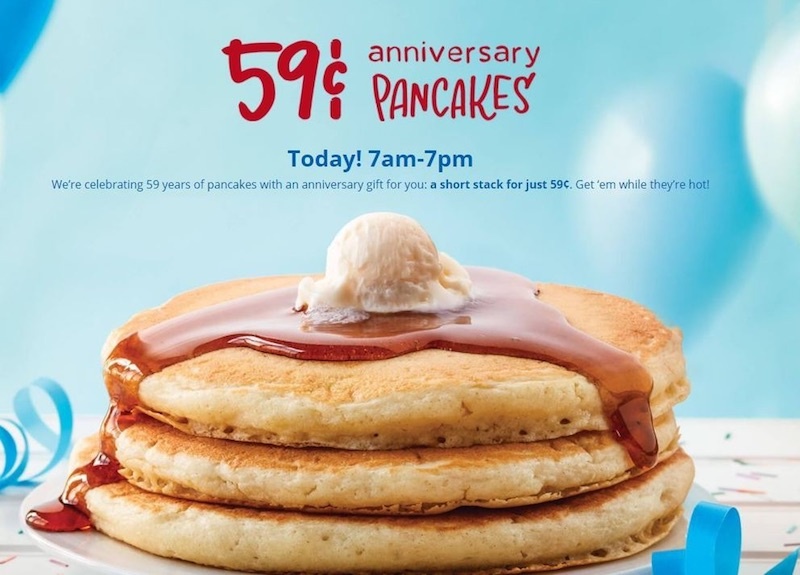