The ambitious, bold and hungry start their week with The Business of Business!
Innovation
6.25.18   6:39 PM Innovation

From an e-commerce experiment in 2011 to 11 stores throughout the US, here's the brief story of this unlikely fashion phoenix.

Chubbies has built its e-commerce company into a cult sensation thanks to their community. The company was started by Kyle Hency, Rainer Castillo, Preston Rutherford, and Tom Montgomery, four Stanford grads that were out in the working world working in startups, finance, and retail. Back in college, the four friends scoured thrift shots for retro men’s short shorts. 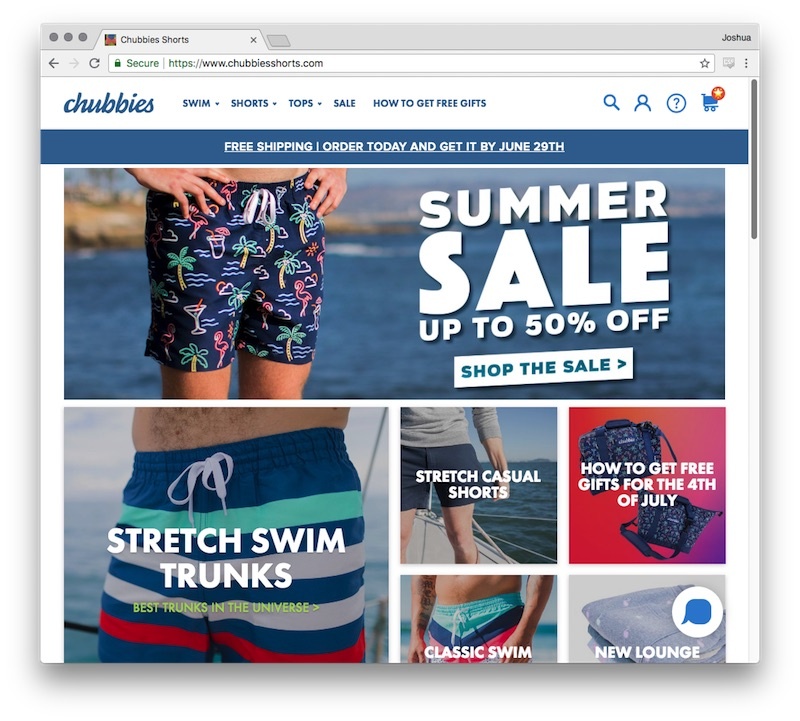 In 2011, they were fed up with their jobs and wanted to start a company selling the shorts shorts they loved wearing. The company, dubbed Chubbies, was an extension of the four young men’s personalities. To kick things off, the four made a few pairs of shorts and took them to an annual Fourth of July party in Lake Tahoe. The cofounders hit the beach in their Chubbies. The reaction was immediate. They sold out of the handful of shorts they’d made and brought with them. The shorts struck the same emotional chord with other men as they had with the cofounders. It reminded people of their dads, the weekend, and childhood summers.

The friends headed back to the Bay Area, made a couple hundred pairs of shorts and launched the Chubbies website in September 2011. From the very start, the shorts sold out as soon as they were available. They found that a grassroots community was building up around their burgeoning brand. People were telling other people about Chubbies.

One of the first marketing ploys the cofounders used was to send emails to the presidents of fraternities on college campuses. They found this to be hugely successful. They pooled together all of their cash and resources to get as many shorts made as possible. By March 2012 they thought they had enough to last through the summer. The shorts sold out in a couple of days.

Chubbies has been on a steady growth trajectory from the start. The company has expanded beyond its signature shorts with a 5.5 inseam. Chubbies now sells swim trunks, workout shorts, and a number of t-shirts.

The company still takes its community seriously. A high school student wrote to the company and told them a bully stole his Chubbies from his locker. The team at Chubbies sent him to karate lessons. They try to go above and beyond for the guys that love their brand. 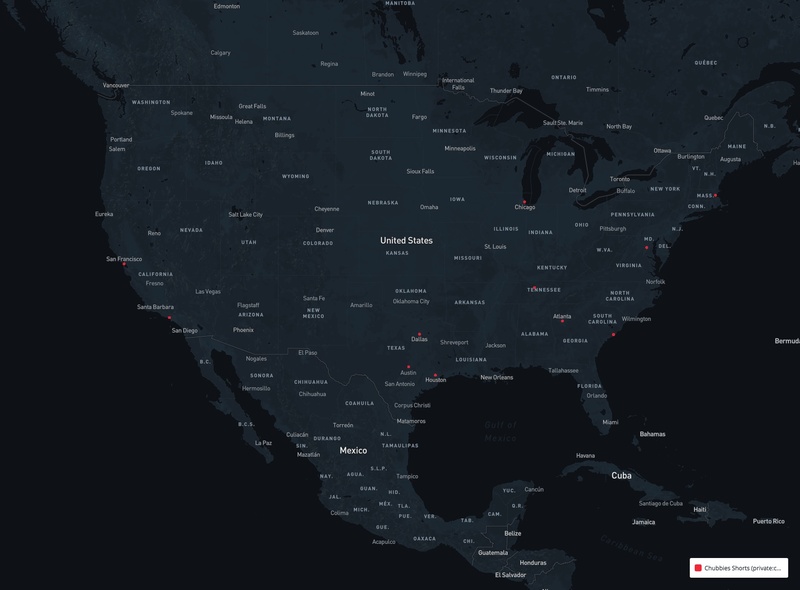 Chubbies' enormous online success has led to 11 brick and mortar stores from San Francisco to Dallas to Atlanta to Washington D.C. The company has found that the busiest time for their stores is on Thursday and Friday. Men who are going away over the weekend fly into stores to grab some shorts. Of course, Chubbies faces a ton of competition from everyone from Gap and JCrew to Vineyard Vines, but no brand has as loyal a following as Chubbies.