The ambitious, bold and hungry start their week with The Business of Business!
People
6.7.19   3:07 PM People

Father of Asahd not only lost to IGOR on Billboard, but also was nowhere near the top of the Amazon Album charts. Here are the 75 albums he lost to in the lone week he even had a hit on this list.

Rapper DJ Khaled is making headlines after reportedly throwing a tantrum to his record label Epic Records, a subsidiary of Sony ($NYSE: SNE) over the fact that his new album, Father of Asahd, ranking No. 2 on the Billboard charts.

If he thinks that is bad, then his record execs may do well to keep him from seeing the record charts for May at Amazon.com ($AMZN). The bad news for them is that we track sales ranks at Amazon.

DJ Khaled's newest record was only on the CD and Vinyl best-seller charts for eight days since its release, debuting at #56 and hitting 100 out of the top 100 on May 25.

DJ Khaled's newest record was only on the CD and Vinyl best-seller charts for eight days since its release, debuting at #56 and hitting 100 out of the top 100 on May 25.

After that? It disappeared off the charts.

Not only was this a blip on the radar for May releases, but during its time on the charts, Father of Asahd paled in comparison to Christian rock albums, re-releases, and showtunes, historical breadwinners on the CD and Vinyl charts.

From May 19 to May 27, Father of Asahd lost to the following albums that charted for at least one day:

(Thinknum subscribers can see the full chart, as well as best-seller data for other Amazon categories, here)

Again, this is the list of the top-selling CDs & Vinyl records on Amazon, which are historically frontloaded with classic rock, Christian, and soundtracks. But even on Digital Music, Father of Asahd is losing out to several new releases. This include IGOR, Tyler, the Creator's new release that DJ Khaled reportedly threw shade at when it beat him on the Billboard charts (news outlets have since confirmed that Khaled's issue was reportedly with his label, not with Tyler) 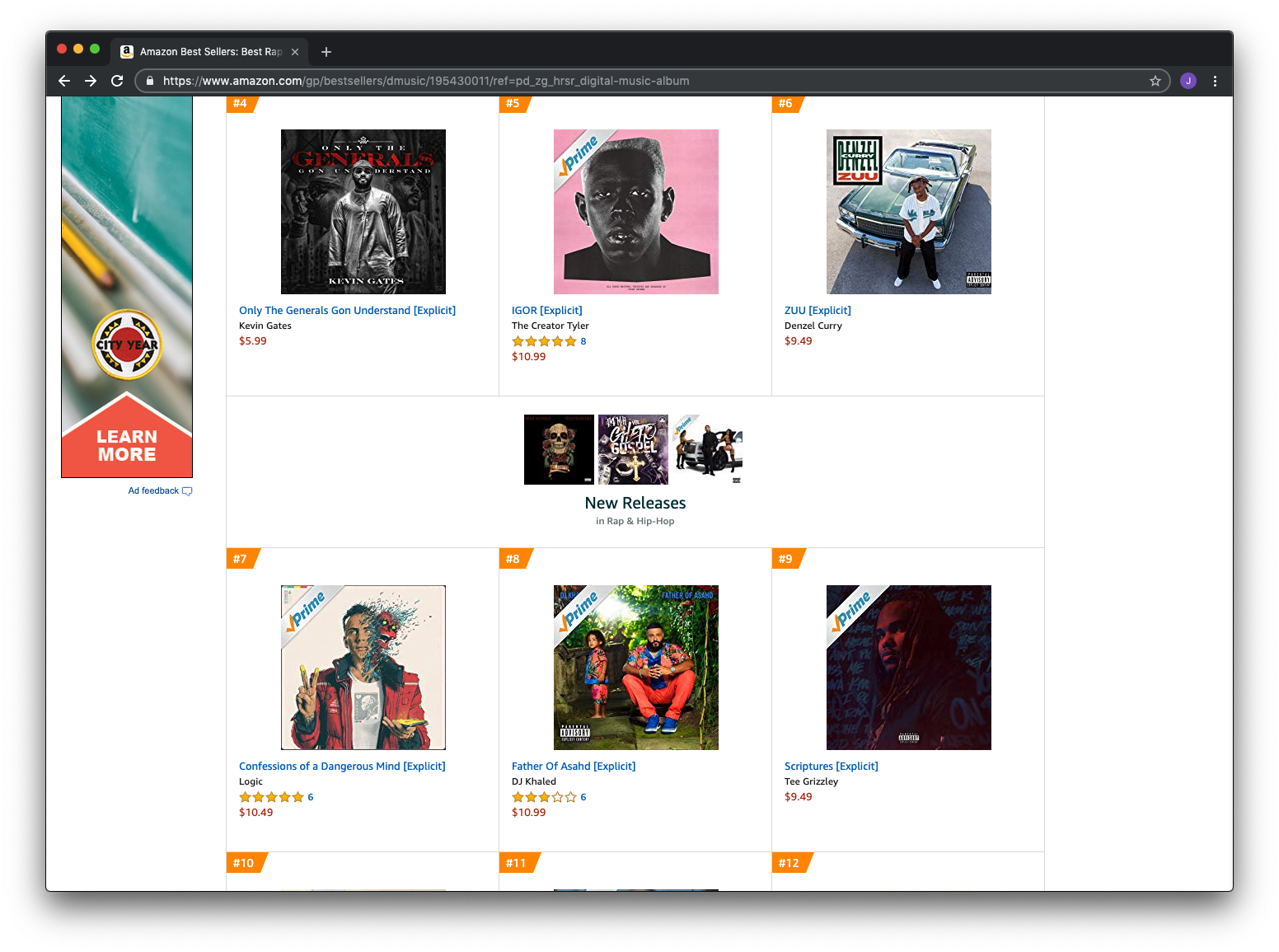 Despite Khaled taking an L here, he still is technically winning, as seven of his songs were on the Billboard Hot 100 charts and he still owns a $22 million Miami beachfront home.

Which begs the question: why would Khaled cry about a No. 2 album in the first place?