The ambitious, bold and hungry start their week with The Business of Business!
Markets
8.17.18   3:07 PM Markets

A brief history of Uniqlo, the clothing company that's changing everything

What began as a single menswear store in 1950s Japan is now a worldwide clothing band with 1,900 stores worldwide.

If you ever visit Japan, be prepared to see a Uniqlo ($TYO:9983) clothing store at any given corner in any given city. Owned by an umbrella company called Fast Retailing, Uniqlo is a fashion retailer on the rise. 46% of Fast Retailing is owned by one man: Tadashi Yanai. An additional 40% is co-owned by Tadashi's wife and two sons. Yanai got his start 34 years ago with one dilapidated men’s clothing store that he begrudgingly inherited from his father.

To give you some idea of how ubiquitous Uniqlo is in Japan, consider this: There are nearly 900 Uniqlos in Japan, compared to about 2,400 Gaps in America. That means there are more than 1/3 the number of Uniqlos in a country that is roughly 3% the size The United States. In order for The Gap to have the same reach per capita, it would need to open 21,000 new stores in the United States.

Tadashi Yanai was born in 1949 in the Yamaguchi Prefecture in Japan. The years immediately following World War II were extremely difficult for every Japanese citizen. When Yanai was handed his family's menswear shop, he had designs to put his own spin on the store. One store wasn't enough: he wanted to build an empire. Tadashi admired the work of American management expert Peter Drucker, business philosophy said that money and morality need not be mutually exclusive. Yanai realized he could build his empire and become a very wealthy man without corrupting his soul. From Drucker's teachings, Yanai learned that it was best to think first about what customers want, rather than what the company (or owner) wants to sell. He added women's clothing to his menswear store and rebranded the entire operation in 1984 as Unique Clothing Warehouse (which he later shortened to Uniqlo). He also soon began expanding into the suburbs. 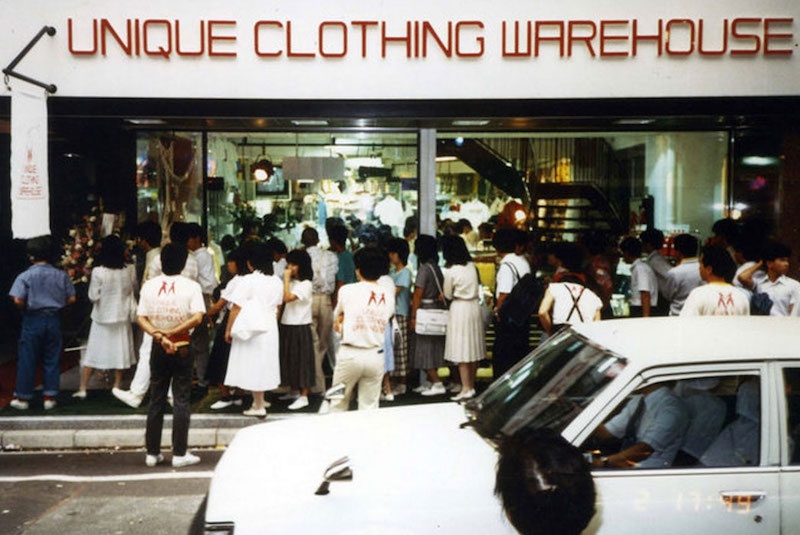 In the late 1980s, Tadashi Yanai sought out Mickey Drexler, then president of The Gap, during a time when Uniqlo was experiencing tremendous growth and market saturation. Tadashi invited Mickey to breakfast and set out to study his every move in order to perfectly replicate everything The Gap did. Yanai was unabashed in his desire to imitate The Gap. Immediately after meeting with Drexler, Uniqlo began copying The Gap's business model of producing and exclusively selling all of its own clothing. Yanai even had Gap-like commercials made for Uniqlo with celebrities dancing around in khakis.

Imitating The Gap would prove to be a massively successful strategy for Uniqlo and its parent company Fast Retailing. 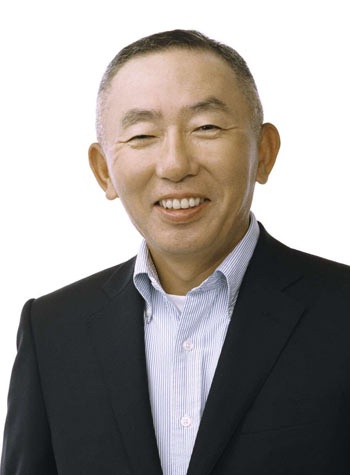 In the early 1990s, a recession in Japan helped put Uniqlo on the map. People wanted cheaper goods and Uniqlo delivered. In 1993, Tadashi made a move that was absolutely unprecedented for a Japanese company: He shifted all production to China. This allowed him to cut the cost of the clothing he sold and further increase profits. By 1994, 10 years after Tadashi took over his father’s clothing retailer and rebranded it as Uniqlo, there were 100 stores in Japan.

But there were some big stumbles along the way. By 2002, Yanai was ready to expand globally. He opened 21 stores in and around London. A few years later, Uniqlo opened in three malls in New Jersey. This global expansion would prove to be a complete and utter failure that personally cost Yanai tens of millions of dollars. One major mistake involved Uniqlo's sizing metrics. Uniqlo's standard sizing metrics were met with derision as the average Japanese man and women is usually much smaller than the average American adult.  This led the company to sloppily upsize its clothing for the American market. In New Jersey, Uniqlo was bested by Abercrombie, The Gap, Express, and other American retailers that offered cheap clothes that fit American bodies. Within 18 months, Uniqlo closed 16 of its London stores and all three New Jersey locations.

This initial failure of Uniqlo's overseas expansion taught Tadashi a very important lesson: Uniqlo had succeeded in Japan much like the Gap (and Starbucks) succeeded in the U.S. – by being ubiquitous. However, for Uniqlo to succeed in Europe and the U.S., it also had to have style. It had to be cool. 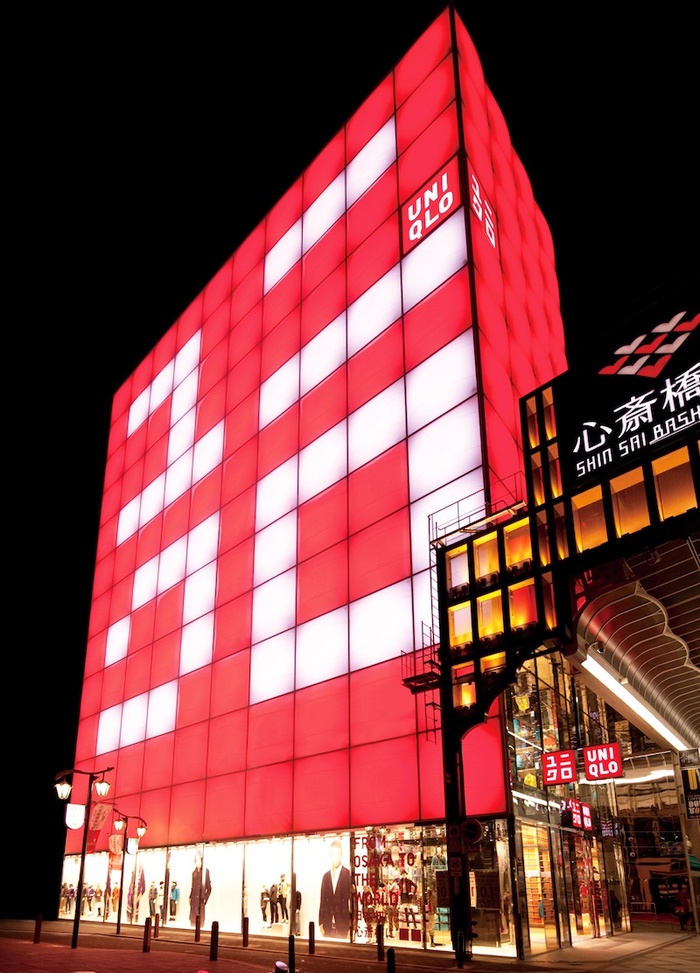 Yanai once again studied the success of other businesses and set out with a new plan for Uniqlo's overseas expansion. He cold-called a famous Japanese designer named Kashiwa Sato and asked him to lead a creative team that would set up flagship stores in cities across the world, starting with New York. Sato told Yanai that the Uniqlo brand was the very epitome of uncool, and that if he wanted to succeed in New York, London, and other cosmopolitan Western cities he'd have to redo everything.

Yanai gave him the green light.

Soto and his team brought in hip lines like Charlotte Ronson and Vena Cava. Yanai's wife suggested approaching Jil Sander with enough money to lure her out of retirement. This approach worked. Since the flagship Uniqlo store opened New York's SoHo district, it has become one of the highest grossing locations in the world. The company's collaboration with Jil Sander, branded +J, had customers lined up for blocks. And Uniqlo was prepared: there was more than enough inventory to go around.

During the economic downturn in 2008 and 2009, Yanai went on an acquisition spree. He bought Theory and Helmut Lang, both higher-end designers of basic wardrobe components. All of the acquisitions now fall under the Fast Retailing umbrella corporation, of which Uniqlo is still the biggest asset.

Yanai has proven time and again that he learns from the company's missteps and always emerges stronger. He is determined to continue to produce good products at the good prices that his customers want.

Uniqlo in general is not about style. It specializes in basics. It sells clothing, not fashion. Unlike competitors Zara and H&M, which produce hundreds of different trendy products each season, Uniqlo's staples are jeans, sweaters, jackets, etc. Uniqlo does not pay attention to trends. It sells pieces that fit seamlessly into the customer's wardrobe. All ornament and design are stripped away. In many ways, nothing about a Uniqlo piece stands out.

Meanwhile, huge production orders help keep the prices very low. Several years ago, the company sold a pair of jeans for $9.90 worldwide, in every currency.

Uniqlo’s slogan is “Made for all” and the company means that. Uniqlo’s clothing is made for all people irrespective of age, gender, ethnicity, disability and so on. It is also reflected in other parts of the company including the models in its advertisements and the selection of the global brand ambassadors.

Fast Retailing currently operates more than 1900 stores worldwide. In 2016, Uniqlo had a  value of $7 billion, and ranked 91st on the Forbes list of the world’s most valuable brands. It is the third largest fashion brand in the world behind H&M and Zara. In Japan, Tadashi Yanai is a household name. 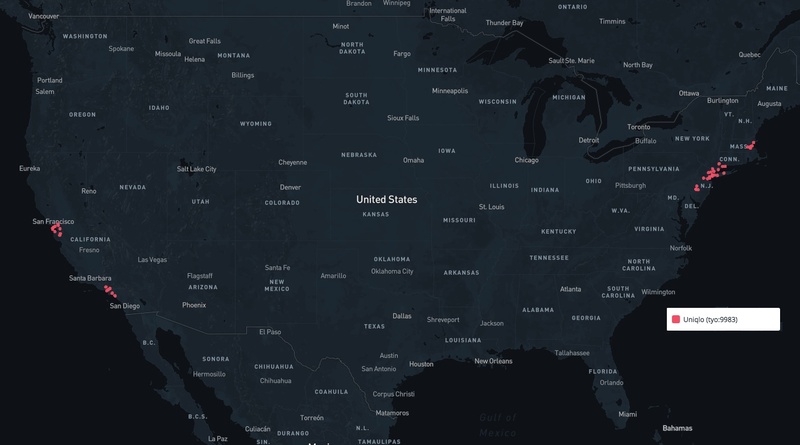