The pandemic guitar boom proved the industry is alive and well. But, given Guitar Center's bankruptcy, where people will buy them in the future?

Initially, it looked like Covid-19 would capsize the guitar industry, like it has to so many others. After instrument factories shuttered in March and April, executives from Fender, Gibson and Martin Guitars saw dismal sales and began preparing for the worst, the New York Times reports.

This forecast was premature by about a month or two — people simply hadn’t yet reached learning-the-chords-of-”Blackbird”-levels of boredom. A few months into the pandemic, guitars joined stationary bikes and bread flour as quarantine winners. Sales of the instrument spiked across brands and manufacturers, including Gibson, Fender, Martin and Taylor, reversing downward trends, especially for electric guitar sales. 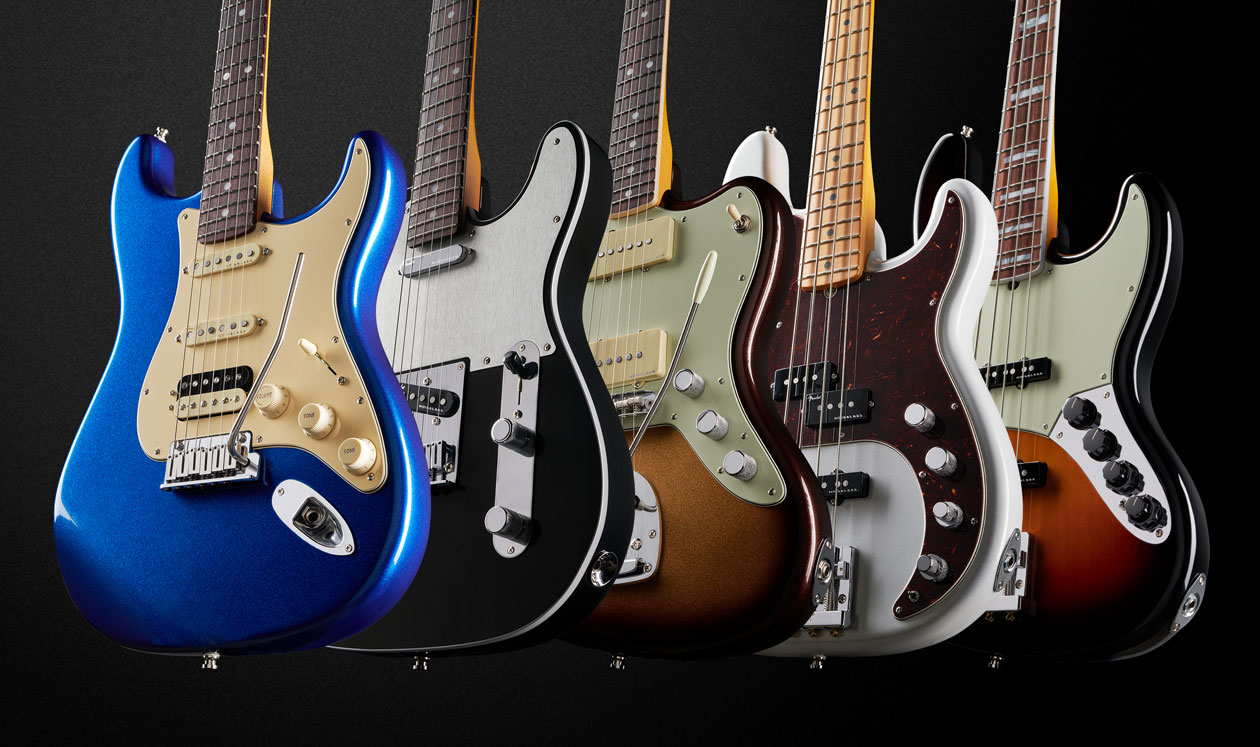 Fender has emerged as the leader of the guitar rebound. It’s currently on track to sell more guitars in 2020 than any other year, a feat for a 74-year-old company. They’ve seen “record days” of double-digit growth, e-commerce sales and beginner gear sales. “I never would have thought we would be where we are today if you asked me back in March,” Fender chief executive Andy Mooney told NYT.

Since so many shoppers are newbies, Fender’s one-stop shop guitar instruction app Fender Play has helped it stand out. The app’s user base grew by more than 600%, from 150,000 users to 930,000 between late March and late June, coaxed by a three-month free trial Fender rolled out during quarantine.

But while Fender has jumped ahead, the boom isn't specific to any one brand; Google Trends shows that searches for "best beginner guitar" tutorials and online classes surged in popularity. Popular instructional sites like JustinGuitar.com and GuitarTricks also saw explosive growth in views, according to NYT.

Dispelling the death of guitar 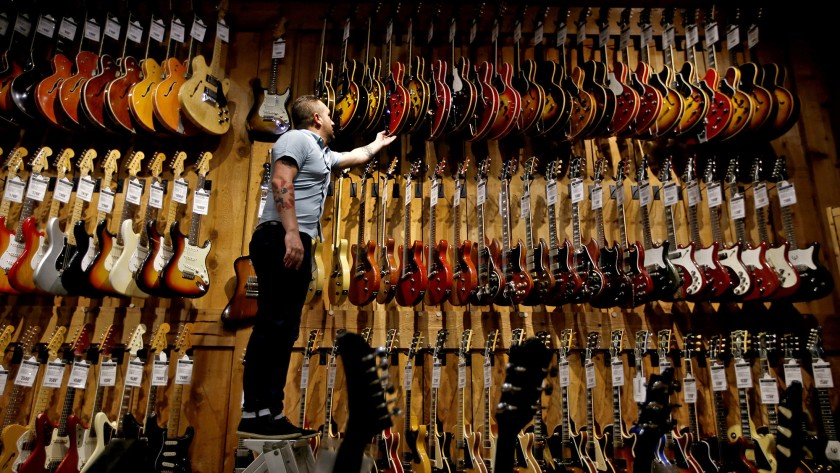 This surge of interest squashes years of tedious debate about the guitar’s modern relevance. In 2017, the Washington Post melodramatically declared the “slow, secret death of the six-string electric.” Their report painted a picture of layoffs, debt and declining sales among the industry’s biggest guitar brands, manufacturers and retailers. Electric guitar sales had fallen 33% in a decade, from 1.5 million units in 2007 to 1 million in 2017. In 2018, when Gibson, maker of the Les Paul, filed for bankruptcy, Eric Clapton publicly wondered if the “guitar was over” thanks to Gen Z’s perceived ambivalence about rock music, over-saturation in the market, and the industry’s failures in online commerce. Thanks a lot, Drake!

Now, the question isn’t whether guitars are dead, but where people will buy them in the future. Guitar Center, the largest guitar retailer in the US, officially filed for Chapter 11 bankruptcy last Friday, after missing a $45 million interest payment. This is despite the company seeing “triple digit” growth in sales of leading products this summer. The company won’t close for good but currently sits $1.3 billion in debt.

Why is Guitar Center bankrupt while the brands they stock on shelves are prospering? 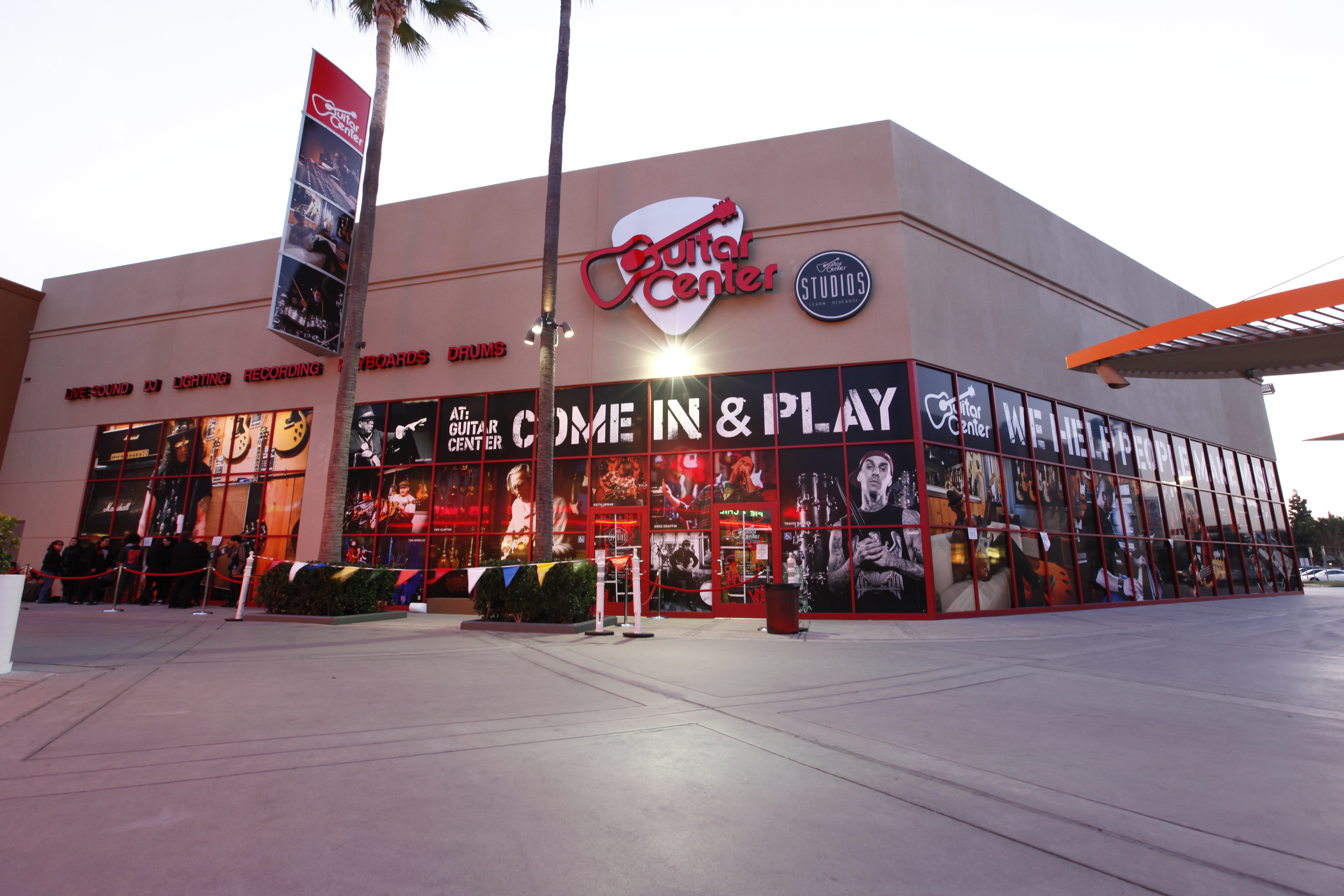 In many ways, Guitar Center’s bankruptcy is a classic story — a sprawling brick and mortar retailer that fell into debt after badly timed leveraged buyout and never got out once e-commerce competitors encroached.

Bain Capital bought Guitar Center for $2.1 billion in 2007 back when the company was poised for a major expansion in Europe. It fell through after the recession, which helped kick off the decade-long drought in electric guitar sales. Bain passed the company off to Ares Management in 2014, which has restructured Guitar Center’s debt several times. Guitar Center nearly filed for bankruptcy in April after missing an interest payment, but managed to make it within the 30 day grace period. They weren’t able to do the same in October.

In classic fashion, e-commerce was the major pitfall. Maybe Guitar Center would have made their interest payments if they hadn’t lost chunks of their market share to Sweetwater or Reverb.com, two popular online instrument marketplaces. Sweetwater is known for its broad inventory. Meanwhile, Reverb.com specializes in new, used and vintage instruments. Guitars are also just a click away on eBay, Craigslist and Etsy. Amazon has its own curated online “Guitar Store,” shoppable by style, skill level and category.

In addition, over the last decade, guitar manufacturers have begun selling their instruments directly through their websites. As Warby Parker, Everlane, Glossier and others have shown, modern consumers like buying directly from brands. Indie guitar stores as well as behemoths like Guitar Center were shaken in 2015 when Fender launched a DTC online shop. Sources told the Los Angeles times that Guitar Center was worried Fender’s online shop would hurt sales, and afraid others would follow suit. Their fears came true: you now add guitars directly to your cart on Gibson’s website as well.

Guitars aren’t an impulse buy and Guitar Center’s main advantage over DTC manufacturers or online markets was that musicians like to try out instruments in-person before dropping upwards of a thousand dollars. However, while they paid rent on 269 shuttered stores around the country, all their online-only competitors offered wider selections as well as faster and easier shopping, often at lower prices. For now, Guitar Center says it's “pleased” with its store footprint but has hired advisors to evaluate potential closures as a part of the bankruptcy process, according to RetailDive.

The new demand for guitars stems from the nation’s new found discretionary time and desire for soothing activities. However, the market may have already been primed for a reboot. Artists beloved by Gen Z like Mitski, Clairo, Beadaboobee, Soccer Mommy, The 1975 and Phoebe Bridgers have all proved the guitar hero is alive and well in recent years. As Stereogum notes, ”For the first time in years, it seems possible to become a pop star by making rock music. Guitar gods simply look different now. NYT reports that nearly 20% of the new users on Fender Play were under 24, and the spike raised their female usership to 45% up from 30%.

Women, teenagers and bored quarantiners everywhere have never been more interested in playing the guitar as we head into tightening lockdowns and the worst months of the pandemic.

Guitar Center is primed to exit bankruptcy in-tact by the end of the year but the guitar market belongs to whoever can cater best to this diverse group of novice strummers but savvy online shoppers.