The ambitious, bold and hungry start their week with The Business of Business!
People
10.23.18   4:26 PM People

PSA: Get a flu shot; you're too close to a pharmacy not to (map inside)

Between six popular pharmacy chains and department stores, there are over 26,000 places to get a flu shot in the US. Less than 3% of them are 10 miles or more away from each other.

According to the National Institutes of Health, one-in-five Americans will catch some form of influenza during a typical flu season, with more than 200,000 people getting hospitalized each year. Usually, those who are hospitalized are people ages 65 and older, very young children, and people with other health conditions.

Despite this, only 59% of all children and 43.3% of adults self-reported that they received a flu shot in 2016-17. Adults between the ages of 18 to 50 are especially guilty of skipping the shot, as only 32.6% without high risk conditions — i.e. asthma, diabetes, heart disease, chronic obstructive pulmonary disease, or cancers other than skin cancer — reported that they went to get vaccinated.

It's not like the vaccination costs much; nearly every private and state-run marketplace health insurance plan includes flu shots for free or at a discounted rate. Without health insurance, if you can set aside $50, or even $20, you can get vaccinated right now.

And you know what they say: an ounce of prevention is worth a pound of cure. Even if a typical flu shot reduces the risk of illness by 40% to 60%, it's a heck of a lot better than 0%.

With all that in mind, here are six places you can get the shot for $50 or less: 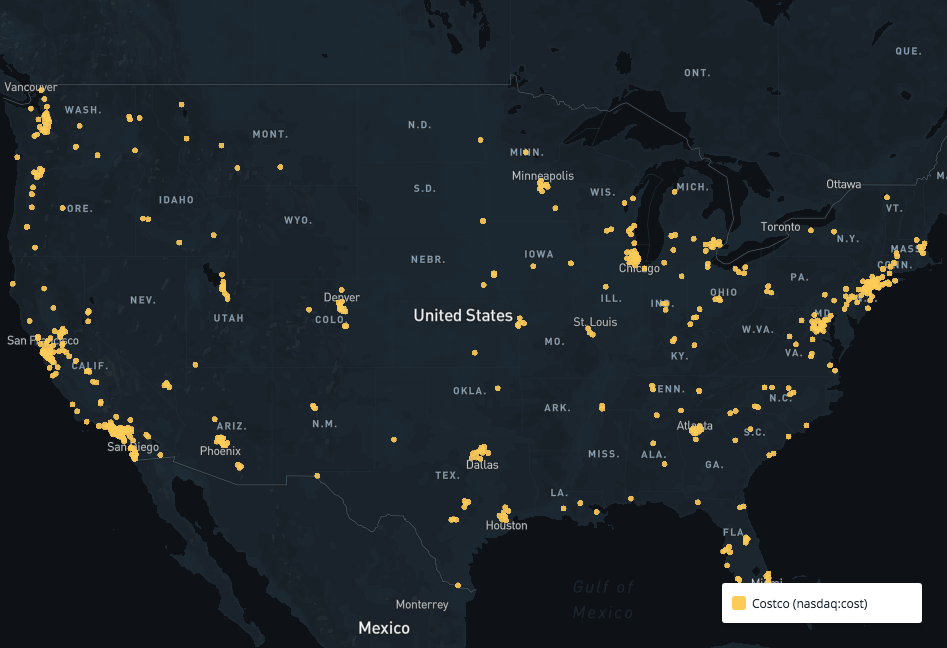 Costco offers a quadrivalent (standard) vaccine for only $19.99 without any insurance. Not only is this the cheapest retailer where you can get a vaccine, but it is also available for anyone who walks in the store. Regardless of your membership status or lack thereof, you can get a flu shot at Costco. 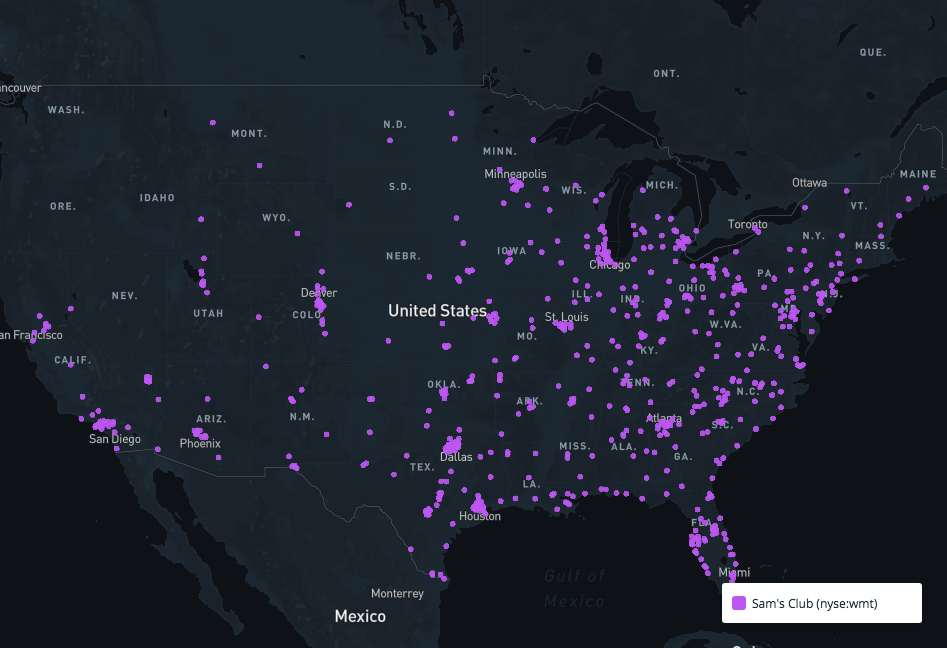 Like Costco, Sam's Club offers flu shots for anyone who pays, whether they are a member or not. At all locations, a flu shot will run you $30 without insurance. 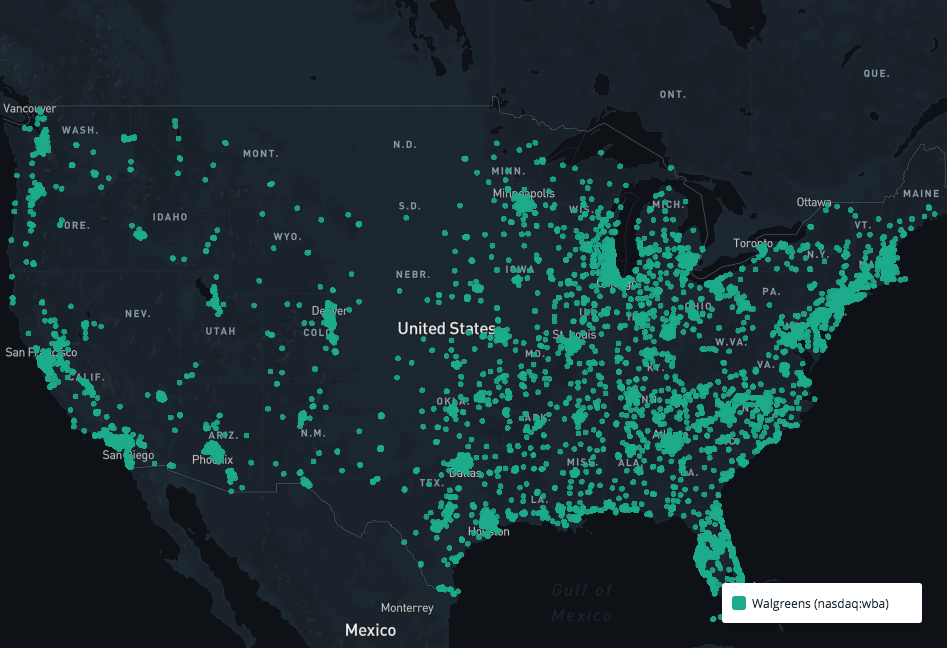 Walgreens offers two types of flu shots: the standard one, which costs $40.99, and a high dose one for seniors that costs $69.99. Both prices are without qualifying insurance, and according to its website, it offers a "$0 copay with most insurances."

Plus, getting a flu shot at Walgreens gets you a $10 reward on your next purchase of $30. That's perfect for buying plenty of canned chicken soup for your friend who decided to skip the shot. 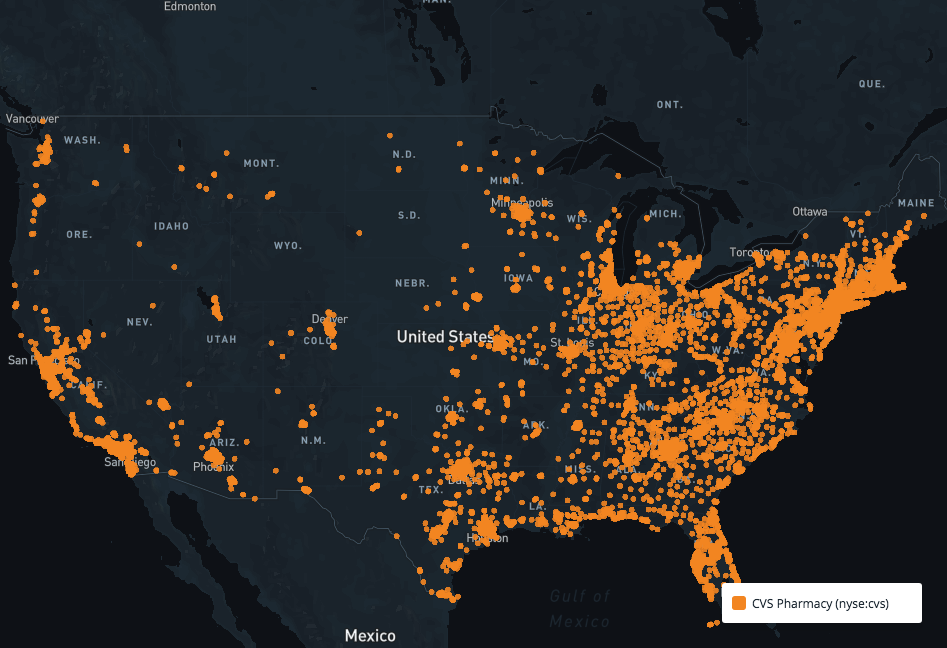 The price of a flu shot at CVS is also $40.99, but its coverage across America is greater than that of Walgreens, as it has 10,242 stores against 8,348 Walgreens locations. It also has a $5 off $25 deal for those looking to save some money and get one of their signature giant receipts with even more coupons. 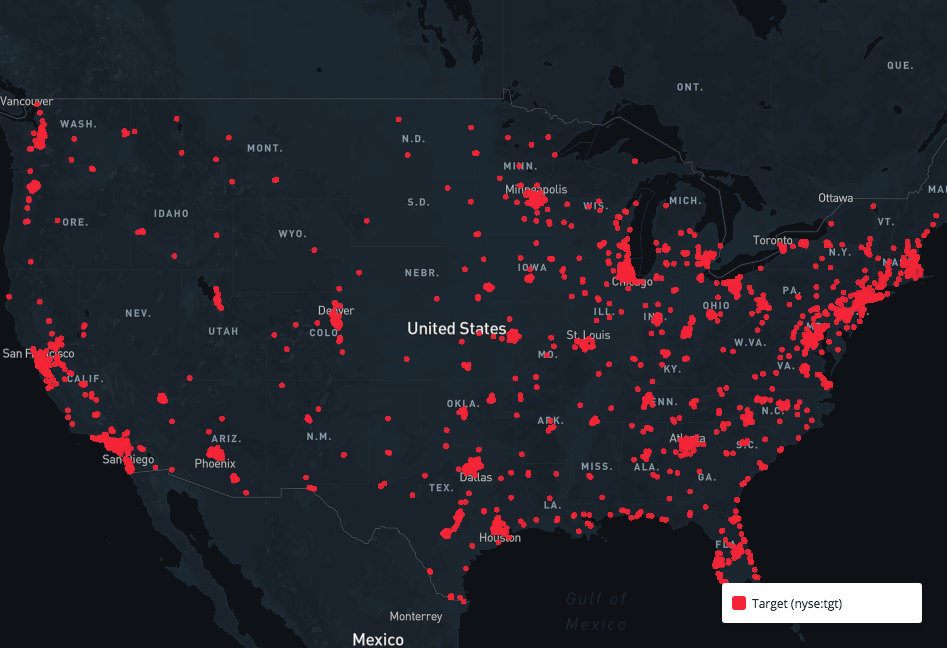 Rounding out the biggest retail chains to offer flu shots is Target... Whose pharmacies are now run by CVS.

That means you'll be paying $40.99 for a flu shot, but will also get a $5 coupon for getting vaccinated there. 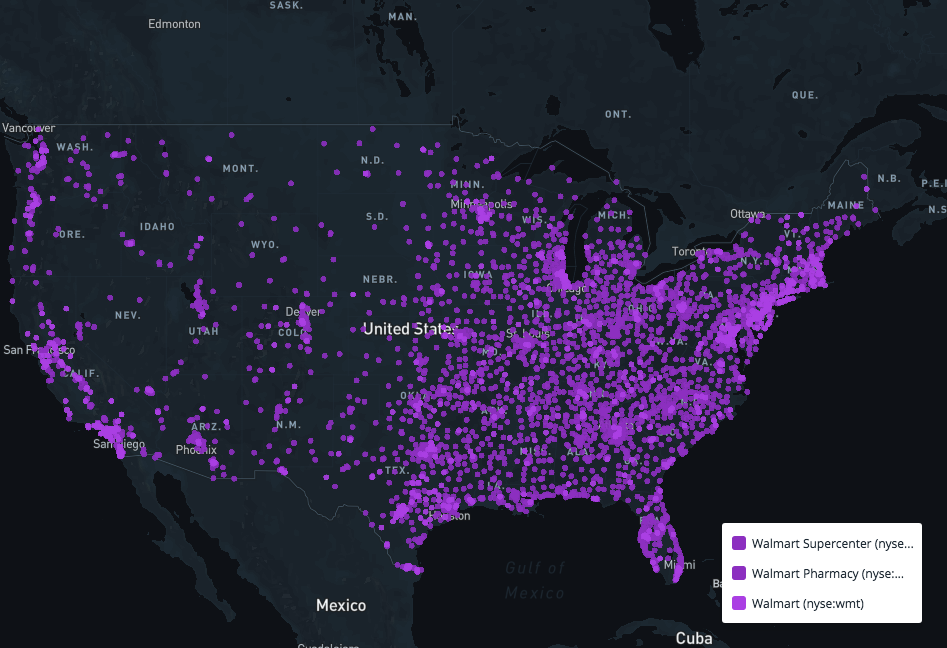 Of course, the largest retailer in America covers a lot of ground when it comes to offering vaccinations. With a store in every state, Walmart offers quadrivalent shots for under $40.

Including its subsidiary Sam's Club, Walmart has over 5,500 locations across the 50 states. 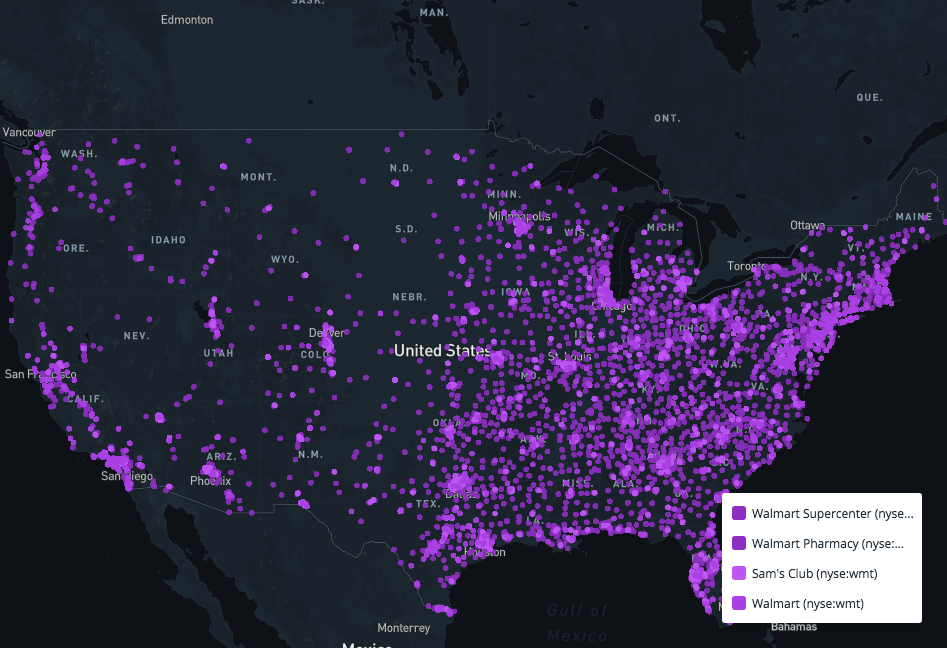 Between all of these stores, there are 26,637 locations in the United States, including those in Alaska, Hawaii and Puerto Rico. 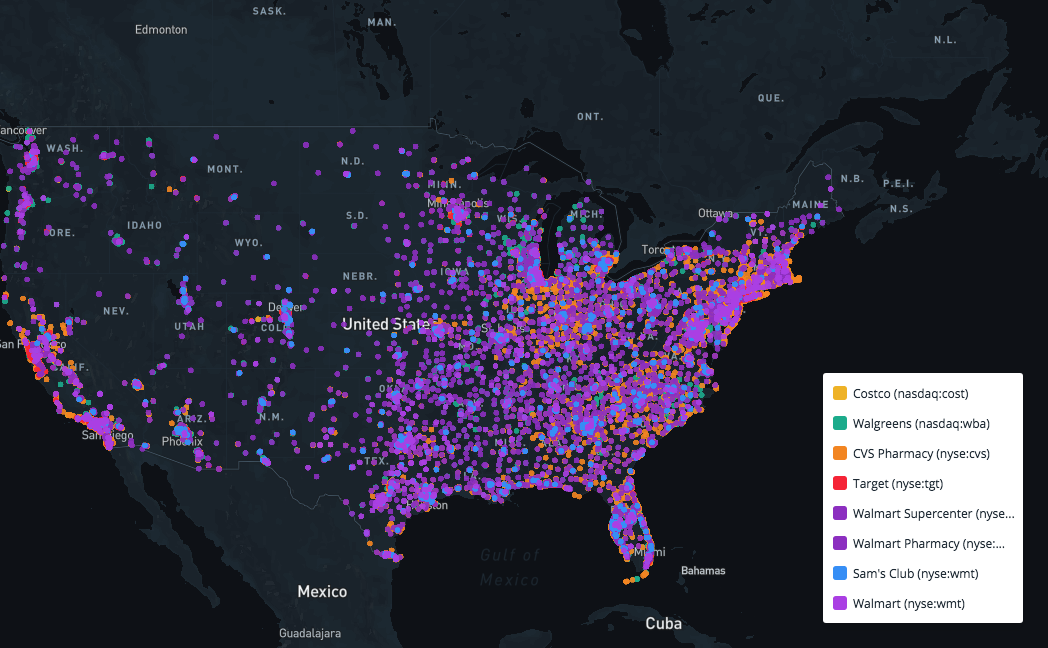 If you live in the most-populated metropolitan areas in America, there is at least one participating pharmacy out of these six companies within a mile of your home. In fact, only 30.6% of these stores are more than a mile apart from each other, and less than 3% are 10 miles or more away from each other.

Of course, these areas with little exposure to these six retailers also do not have many people living in them. When looking at the top ten store locations that are furthest away from another pharmacy, seven-out-of-ten are located in towns and cities with less than 10,000 people.

As we always say, the data doesn't lie; there are so many pharmacies — even just out of the six stores we listed here — in America, so the excuse of not getting a flu shot because "it's too far away to get one" will 99.9% of the time not fly. Even if you live far away from any of these locations and in the middle of nowhere, there is bound to be a local pharmacy, urgent care center, county health department or a primary care physician near you that has the flu vaccine.

Goldman Sachs is bringing US workers back to the office as early as June 14, and other Wall Street giants aren’t far behind.
Ivan De Luce , Julia Gray
5.6.21   4:00 PM
Markets
View All