The ambitious, bold and hungry start their week with The Business of Business!
Innovation
7.27.20   5:00 PM Innovation

In the heat of the anti-racism and police brutality protests last month, companies took the opportunity to get on the right side of history and announce solidarity with the Black Lives Matter movement. But according to a Retail Brew survey of 238 retail professionals, many of these brands are falling short on promises of inclusivity and diversity as the mainstream conversation around racial injustice fizzles.

Retail Brew asked the retail professionals how they felt about their companies action or lack thereof. The responses were overwhelmingly positive from respondents who worked for companies that took action beyond a statement. 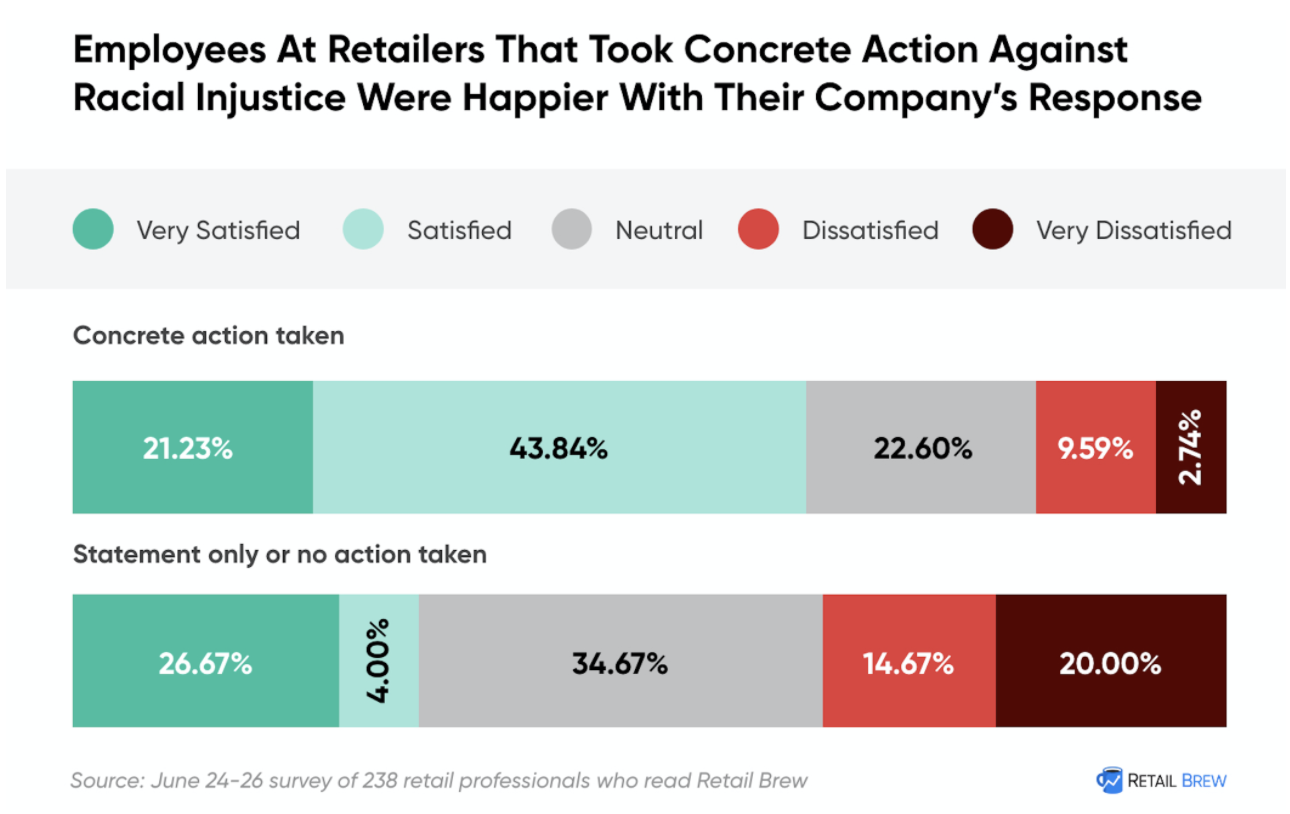 And it’s not just retail employees who care about a brand’s commitment to social causes. As Retail Brew points out, an Edelman survey reveals that 60% of American consumers said they’ll boycott or support brands based on how they respond to protests. According to a Morning Consult study from June, half of the surveyed American adults said they view brands that donated to racial justice organizations in a more favorable light.

There’s even an Instagram account dedicated to exposing brands that have been silent around racial injustice and Black Lives Matter. Zara, Louis Vuitton, Chanel, Budweiser, Dunkin’ Donuts, Whole Foods, Food Lion, and Subway are among the growing list of companies in question. The makers of @silent_brands recently created a new page called @vocal_brands, highlighting companies using their platforms to support the movement, including Ikea, Zappos, Etsy, Chipotle, Dominos, and Ben & Jerry’s.

Instead of prioritizing good optics over genuine intention, brands should take action steps toward meaningful change. Here are some suggested methods, and the companies that are making them happen.