The ambitious, bold and hungry start their week with The Business of Business!
Innovation
11.29.18   5:38 PM Innovation

Lobbying positions in NYC for Bird and Lime started becoming available for both companies as soon as July. Four months later, an e-bike bill package is in city council.

Electric scooter and electric bike-sharing startups Bird ($PRIVATE:BIRD) and Lime ($PRIVATE:LIMEBIKE) not only looked at New York City as their next market, but were building up a team inside the five boros for the past couple of months, especially when it came to establishing relationships with local government officials

New York City Council members introduced a package of bills today that would remove the prohibition of electric bikes, which probably won't go over well with Mayor Bill de Blasio, a man who celebrated a crackdown of these "illegal" transportation methods last year for making people "feel unsafe."

As noted by Business Insider, Bird posted a General Manager position in NYC the day of the announcement. On a macro level, however, a bigger trend emerges: the number of jobs based in New York City for both Bird and Lime increased over the summer and up to the introduction of these bills today.

What's even more intriguing is that the first jobs these services looked for in New York City, and continue to look for today, have to do with lobbying (or in other words, "government relations.")

Starting on July 3, Lime was looking to fill in two roles in NYC: a Senior Director of Strategic Development and a Community Affairs Manager. Both of these positions specifically noted the responsibilities of having to "establish strategic relationships with government and community leaders," or, in the case of the now-removed Sr. Director role on the website (but retrieved from ZipRecruiter), "interfacing directly with city leaders for successful new-market entries." 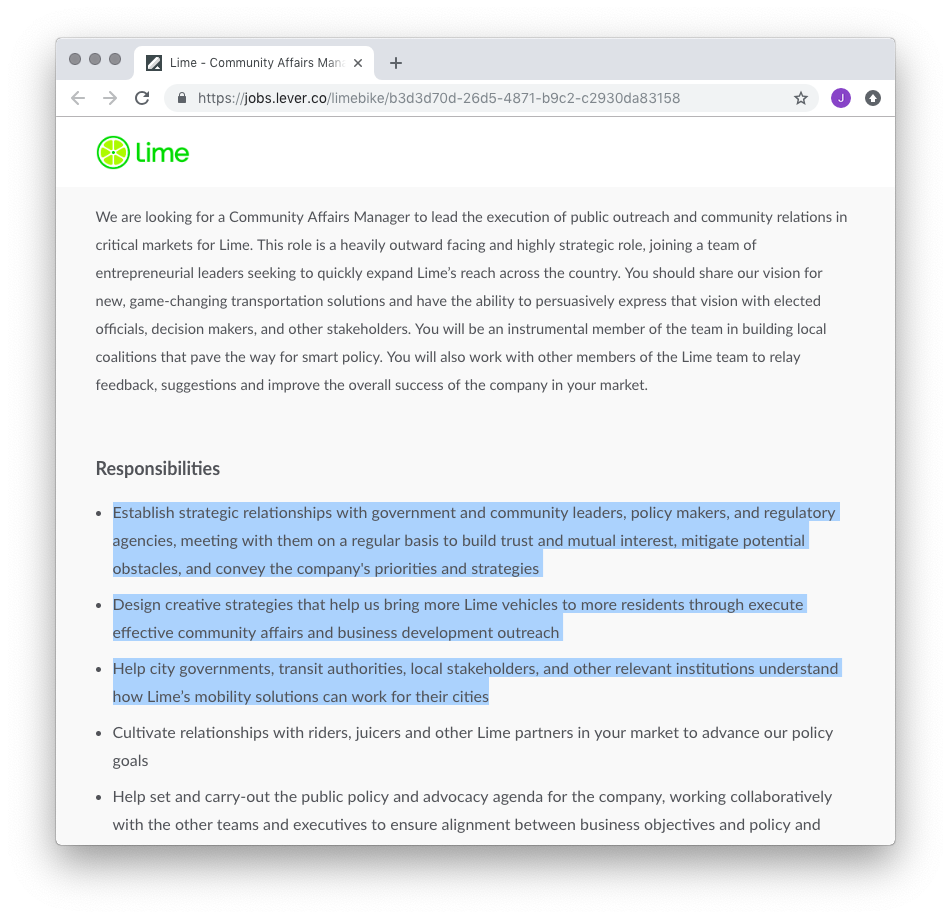 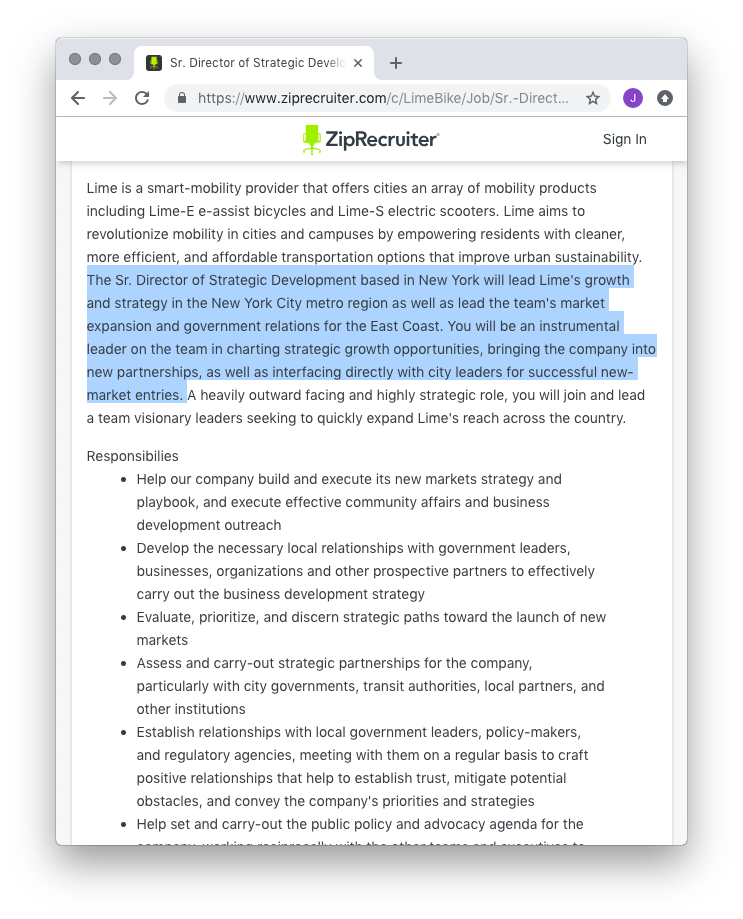 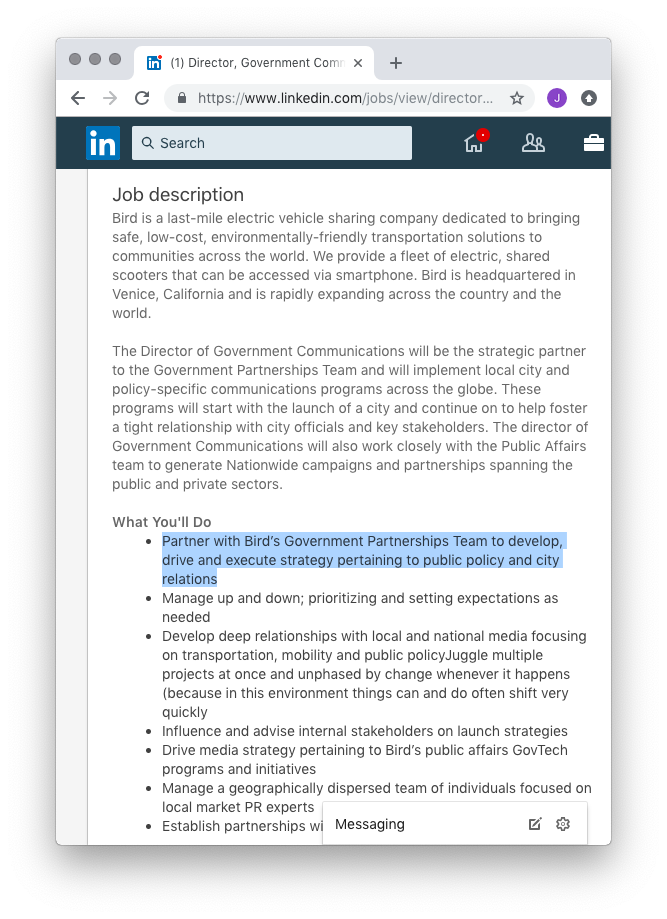 Not only are Bird and Lime growing their teams in NYC, it laid the foundation to theoretically lobby the NYC government, which is interesting given the introduction of the e-scooter and e-bike bills to the council today.

In terms of current competition, Citi Bike ($C) is the king of New York City. However, should these e-scooter and e-bike bills pass, it may be in danger of its dockless competitors taking over, especially as Lime grows its audience in other markets around the country.