The ambitious, bold and hungry start their week with The Business of Business!
Markets
5.6.20   3:53 PM Markets

Special feature: How Coronavirus is changing the live music industry

The effects of Coronavirus are rippling throughout the music industry, hitting independent players the hardest.

In late March, Travis Scott mesmerized 12 million gamers as he transformed the Fortnite ($PRIVATE:EPICGAMES) game universe into an electric dreamscape. His giant avatar performed all the hits, towering over CGI interpretations of the haunted carnivalesque scenes from his 2018 album Astroworld. Fortnite had 84.7K viewers at 11 AM that day, and by 11 PM, there were 887K ready to watching Travis. That's an increase of 947% in 12 hours.

The next day, glitchy electronic duo 100 Gecs organized a virtual music festival on the video game Minecraft, featuring sets from artists like Charli XCX. These online gatherings are the closest we’ve come to concerts in the age of Coronavirus, and we might see more of them replacing live events for the foreseeable future.

Pay Kolmüs, a board member of Amsterdam’s Melkweg venue and founder of her own music management company, says virtual concerts will likely outlast the lockdown and act as a companion to live events. “This is also an opportunity for artists and event organizations to reach fans and audiences who do not necessarily live in the same area,” Kolmüs told Thinknum.

“The question remains, which live festivals and events will still be happening when society opens up again? Even once artists are allowed to tour again, people that are still fearful may not go out to concerts or festivals. I think the music industry will survive, but there will be lots of different ways to bring music to the fans and perhaps to establish a parallel music industry which will exist entirely on its own, or in cooperation with the existing music industry.”

Already, some fans are turning on major event companies. The world’s largest promoter Live Nation ($LYV) received a wave of backlash — including complaints from U.S. Congress members — after refusing refunds for customers who bought tickets for concerts before they were postponed or canceled. The company responded in April by changing its policy and issuing a new refund plan which gave people 30 days to apply for refunds. The deadline was May 1.

But this change of heart wasn’t enough to win over the company’s customers. Since February, Live Nation’s Facebook mentions have plummeted 96%.

Event management and ticketing website Eventbrite ($EB) is trying to pivot with virtual event listings, but people don’t seem to be fully subscribing to the trend. Ratings for the Eventbrite app dropped off in March and hit a plateau.

Likes on the Facebook page for Eventbrite organizers have been dropping over the past few months. That means people have been actively removing their “like” from the page. The page’s Facebook mentions dropped 95%.

Eventbrite’s job postings fell from 117 in March to 1 in April. The one open position is an Argentina-based Engineering Manager. The company’s LinkedIn employee headcount has decreased by 16% since the beginning of April.

The effects of Coronavirus are rippling throughout the music industry, hitting independent players the hardest. Touring makes up a huge portion of a small artist’s income, and therefore the income of their managers, promoters, and bookers. Tours drive album sales and contribute to listener growth. Unlike most larger acts, small artists typically don’t have revenue streams like royalties and sponsorship deals to fall back on.

Drew McBride from the Chicago-based indie group Deeper says he and most of his bandmates had all quit their day jobs in late January to pursue their musical careers full-time. “We were six weeks into a four-month album release tour when everything around COVID-19 started escalating,” he said in an email to us.

“It was hard to come around to the fact we needed to cancel all foreseeable tour dates, especially with the album scheduled to come out two weeks later. At the beginning of quarantine our mindset was, we simply needed to wait it out and things would go back to normal by summer, but now we've resigned to the fact that it will be a long time before the experience of going to shows resembles what it did seven weeks ago.” 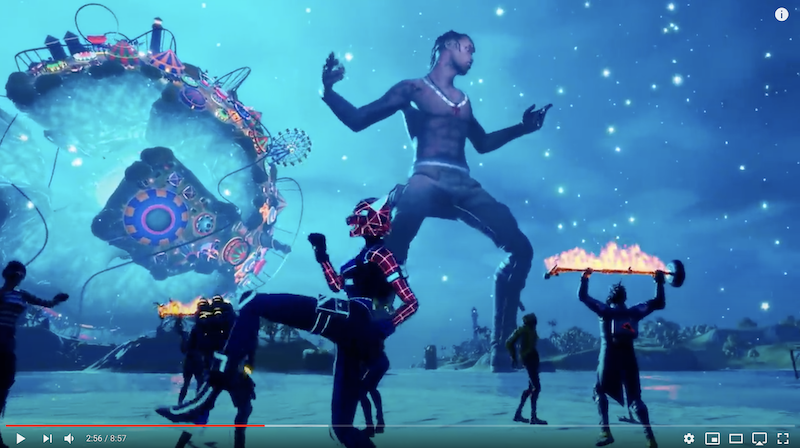 Caro Marshall, who has been working in live events for most of her life, worries about the risk of shifting to virtual concerts. “This whole situation is the biggest impact the music industry has been hit within generations...turning to online experiences for some will be a good and even fun alternative, for others, it will be very difficult practically and financially,” she says.

“There will be winners and losers. Younger generations will find the transition easier and be more capable, older artists may struggle or choose to embrace it. This will also depend on managers and support teams as well as how fans translate and how much fans are willing (or able) to financially support.”

Artists who were struggling before the pandemic are barely surviving. The Coronavirus crisis has revealed the precarious nature of the arts without adequate financial support from the people up top, like, say Spotify. On March 20 and May 1, the music company and platform Bandcamp waived its share of revenue so that artists received 100% of album sales on those days. Without live concerts, more companies need to enact this kind of campaign. It could save your favorite band.