The ambitious, bold and hungry start their week with The Business of Business!
Markets
4.26.18   7:14 PM Markets

America's best-selling tents according to Amazon and Walmart

Ready for some camping? We pulled data from commerce-giants Amazon and Walmart to distill the top tents. Turns out Americans go big.

Over here on the East Coast, old man winter has finally (fingers crossed this time) given up for the year, and it’s just starting to feel like spring. As the weather gets nice, we’re thinking about long weekends, road trips and nights by a crackling campfire.

Camping season is upon us, so we took a look at both Walmart's and Amazon's best-selling tents. Not that a best-seller should direct your buying decisions, but it tells us a lot about how Americans camp.

And if we can glean one thing from America’s tent-buying habits, it’s that we camp as a huge family and bring along a ton of stuff.

That's because for both Amazon and Walmart, the top-selling tents are palatial, eight-, ten-, and 12-person models, complete with individual “rooms” separated by nylon dividers. It’s clear that when we think of camping under the stars, we’re talking about car camping. None of these tents are built to withstand the rigors of wilderness backpacking, and at 30+ lbs for the larger tents, there’s a slim chance anyone is backpacking in with that kind of load.

So grab a stick and start toasting your marshmallows: Here are five of America’s top-selling tents. 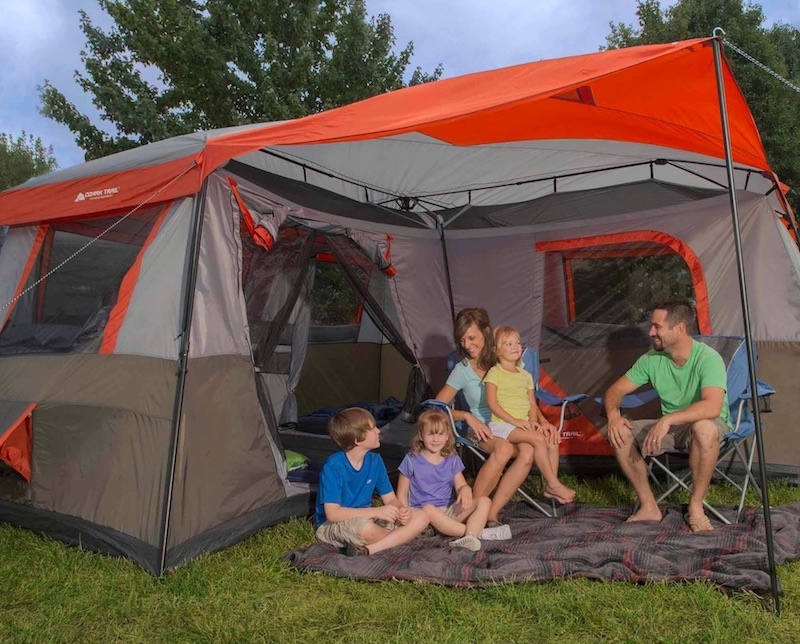 You know your tent is big when the product description reads more like a real-estate listing than a piece of outdoor gear. This massive, $230 McMansion of a tent (with standing headroom for people up to 6’10”) has three sections divided by "walls", and can, in theory, sleep 12 (although it will only officially fit three queen-sized airbeds, so anything more than six people will be a tight squeeze). And just in case you’re not yet convinced that this is a campground palace, the Instant Cabin Tent even one-ups the great battlefield encampments of conquering kings: With an oversized ground vent, this tent has room for a full-sized air conditioner. Take that, Ghengis Khan. 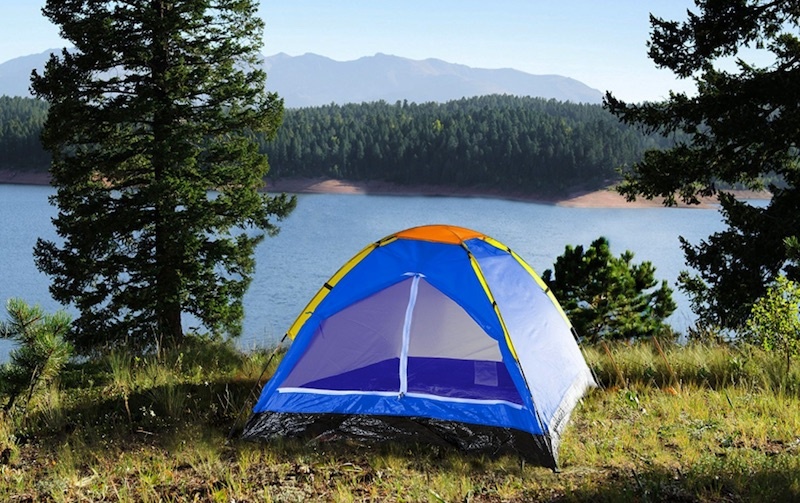 While not the most popular tent in our data (this one ranks 11th among Amazon’s top tents) the Happy Camper Two-Person Tent is, by far, the cheapest. At $13.79, this thing is less than the six pack of IPA you’re gonna drink in it, although the jury is out on whether the tent will actually last the night. Some reviewers complain of malfunctioning zippers, broken poles, leaks and overall shoddy workmanship, but at a price that's less than 10% of what a decent backpacking shelter costs, most people reported that the Happy Camper works well enough. 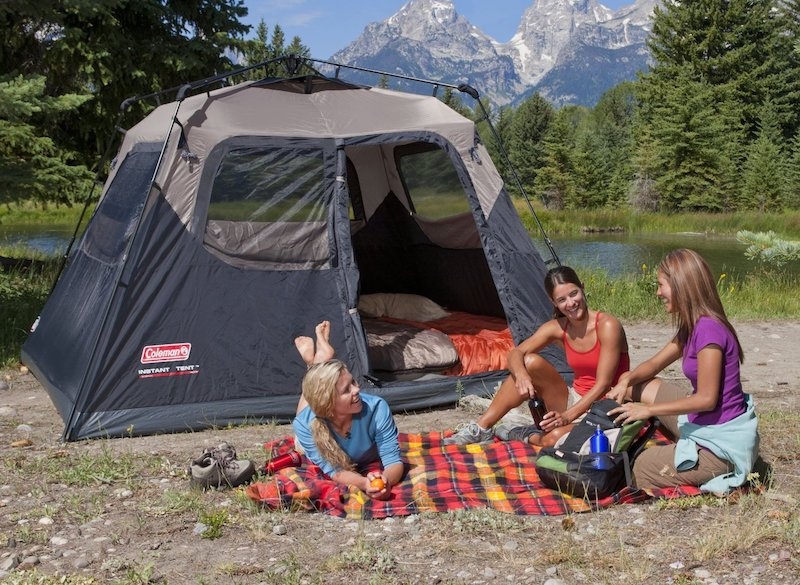 The most popular tent on Amazon, the Coleman 6-Person Instant Cabin, is about as utilitarian as it gets. It’s got durable, welded floors, 90 sq. ft. of interior floor space (enough for three people, comfortably), and the assurance that comes from a name brand that’s been leader in the camping game for generations. One thing it doesn’t have: An external rainfly. So while the tent claims a modicum of rain protection by itself, you should probably take a cue from the Boy Scouts and be prepared with the optional rainfly - because if you don’t have the extra rainfly you’re basically gambling with the gods for torrential rain. 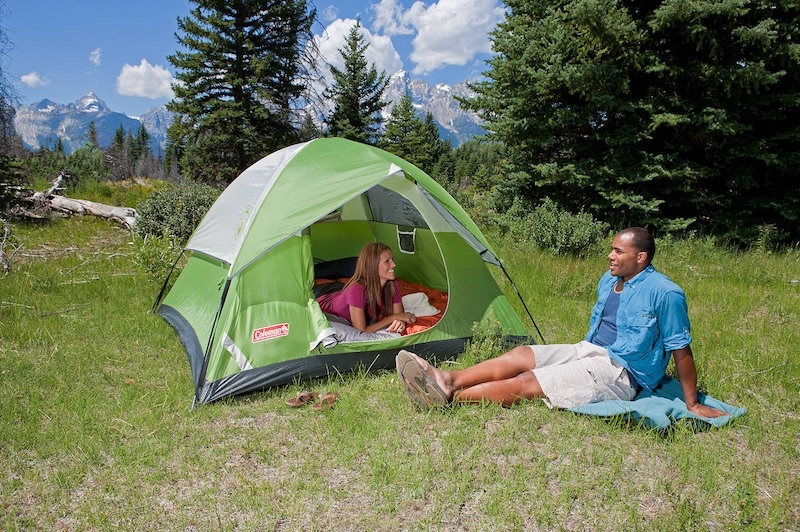 Walmart’s most popular tent, the Sundome 3 Person Tent, is about as basic as it gets. This two-pole dome tent fits three people or two comfortably. It’s waterproof complete with welded floors and the dome shape makes it relatively aerodynamic for windy conditions. Even better, it’s cheap. It’s perfect for a couple, and at $72, it’s like an AirBNB you can take home with you. 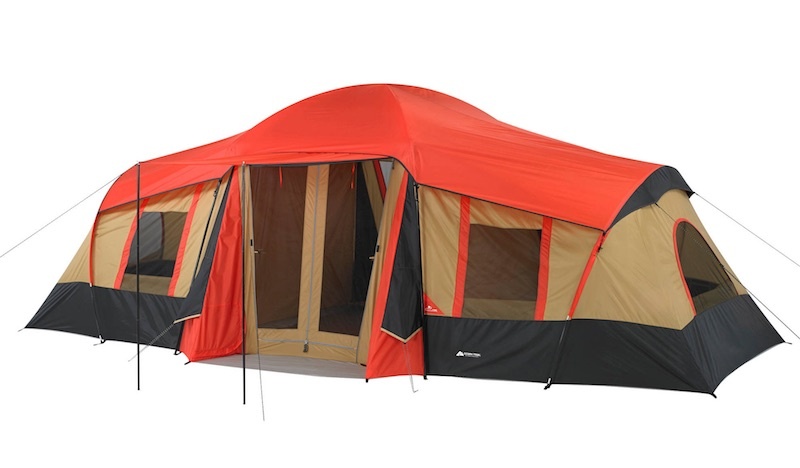 Another campground McMansion, the Ozark Trail 10-Person 3-Room Vacation Tent has double doors, a canopy with a porch (the “mud mat”) and room for three, queen-size air mattresses. Plus, with a special vent specifically designed for snaking in a power cable, there’s no reason why you can’t convert the spare bedroom into a home theater. At just $115, the Ozark Trail means you can bring the whole family and the dog.