The ambitious, bold and hungry start their week with The Business of Business!
Innovation
2.28.18   10:00 PM Innovation

The final frontier may involve ordering what you need before you need it.

It’s one thing to sell more goods to Americans than anyone else. It’s another to create an ordering and fulfillment process that is 100% within your own ecosystem. Unless you count brick-and-mortar stores that require people to travel to your locations, Amazon will soon be the first company that has created its own complex of companies and processes with customer touch points that begin before an order takes place all the way to the interiors of their homes.

Consider this: with its extant lineup of technologies and services, Amazon can now take our order, ask if you want anything else (via voice prompts), place the order for you, bring it to your home using its own vehicles and people, bring it into your home, and charge you. And if that doesn’t work for you, you can go pick up your items at a locker, grocery store, or cashier-free brick-and-mortar location.

All without a trip, a phone call (or even a swipe on an app), USPS/UPS/FedEx (the company is launching its own delivery company), and now with Ring and Amazon Key - your front door.

It’ll be that simple soon: realize you need paper towels, tell Alexa, and by the time you get home, they’re in your kitchen.

Amazon’s next retail ecosystem move will likely involve predicting what you need before you know you need it and ordering it for you. Amazon has already made minor inroads into this space, from subscriptions to Dash Buttons and tracking order timing, but each type relies on imperfect timing logic and human intervention, the latter of which often comes too late when you've just used your final paper towel.

Several startups and technologies have moved into this space, from refrigerators that allow you to see what you have (ever wonder if you’re out of milk at the grocery store) to logic systems that attempt to understand usage patterns.

But imagine a simple device that monitors how much of these things you have left and simply order it for you. Early versions of the technology exist, like whole-house sensors created by graduate students. After all, Key isn't the only home monitoring system Amazon has gone after - at the end of 2017, it acquired Blink for $90 million. Blink's cameras - some also designed as front-door monitoring devices - are unique in that they're super efficient, super small, and can last a long time on battery power alone, meaning they can be stuck to a wall - say in a storage closet - and can work for months. Clearly Amazon sees some use for this in its future plans for our homes. 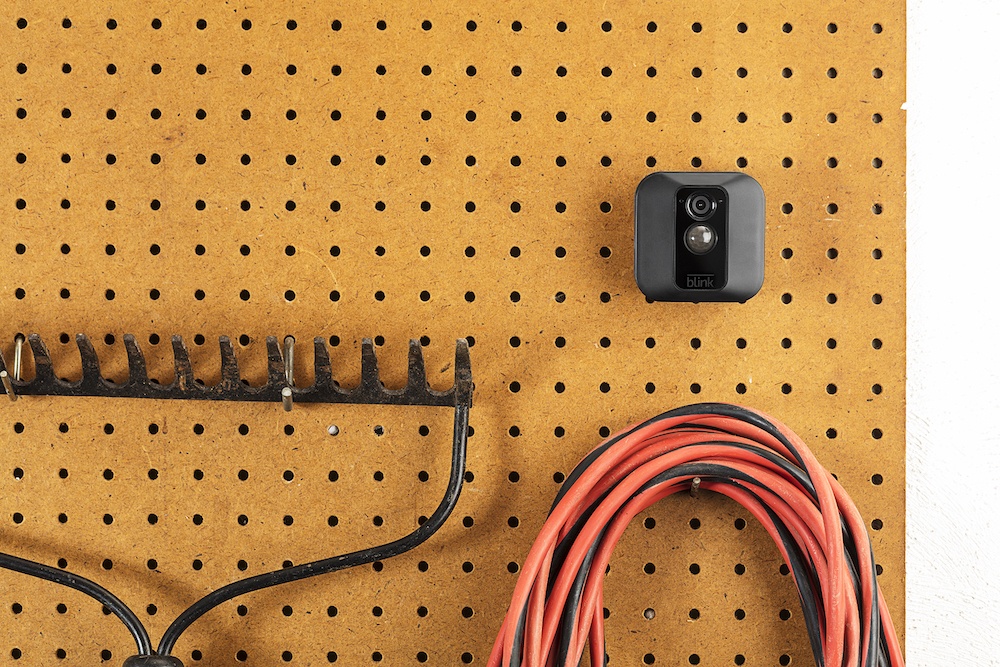 Consider this: Just like those little tags that let you know you’re running low on garbage bags, there could be simple smart devices that trigger a note to Alexa asking if you’d like to get ahead of the game and get replacements before it’s too late. Like a Dash button but built into your product. If Amazon is willing to give away low-cost items like Dash Buttons that encourage customers to order more product, surely they'd be willing to give away home monitoring devices that order proactively.

"Hey, it's me Alexa. I noticed you're almost out of cat food. Shall I order more?"

It’d be, in many ways, the final link in Amazon’s shopping ecosystem. And if you think Amazon isn’t looking into the technology - either in-house or as an acquisition - we’ve got some paper towels, music, dog food, smart speakers, and a bridge to sell you.