In September, we noticed something strange about Alphabet's hiring activity for its Sidewalk Labs smart city project in Toronto. Turns out we saw something real. 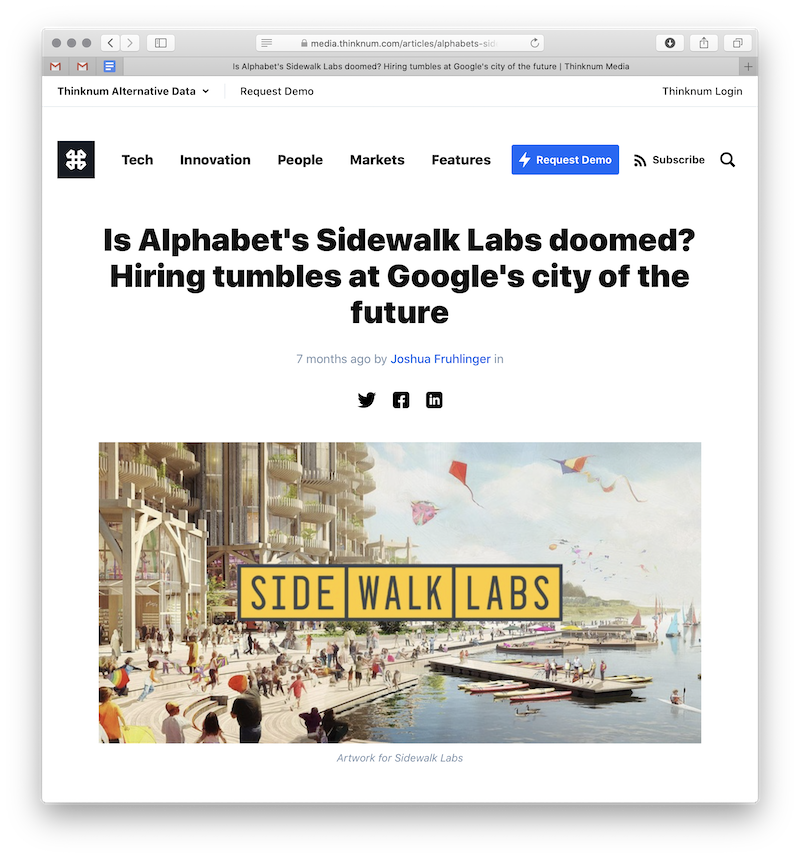 Today, the project has been shut down, as announced in a Medium post by Sidewalk Labs CEO Dan Doctoroff. Doctoroff cites "unprecedented economic uncertainty" and a lack of "financial viability" as reasons why the company will no longer be pursuing the project.

Since we published our story in September, openings at Sidewalk Labs continued to decrease.

In late April, some positions were added to Sidewalk Lab's recruiting website. However, only one was to be located in Toronto, the location of the smart city project. That one position was an internship. As of today, it's no longer open.

In fact, since September 18, when we wrote the original piece, Sidewalk labs only listed one opening for an "Associate Director, Building Innovations - Architecture".

Sidewalk continues to be fertile group for Alphabet, however. Doctoroff notes in his blog post that the group has "already started innovative companies addressing urban mobility, next-generation infrastructure, and community-based healthcare." Replica, a data-miner that maps urban population movement, was spun out into a company that already raised an $11 million series A.