The ambitious, bold and hungry start their week with The Business of Business!
Markets
10.12.18   7:10 PM Markets

The history of Abercrombie & Fitch, a brand searching for a new identity

Abercrombie & Fitch's history dates back to 1892 when it sold hunting and sporting wear. After several ownership changes and brand overhauls, it faces a new challenge in 2018: relevancy.

When you think of Abercrombie & Fitch ($ANF), super muscular shirtless male models and clothing all the cool kids wore back in the early aughts probably comes to mind. It wasn't always that way; the company was once one of the best places for hunting gear and sporting goods, a far cry from preppy or SoCal-inspired clothes.

As we look back at where A&F has been over the past 126 years, it faces another identity shift with changes to both its main brand and its sister store, Hollister Co., with both struggling to maintain relevancy. 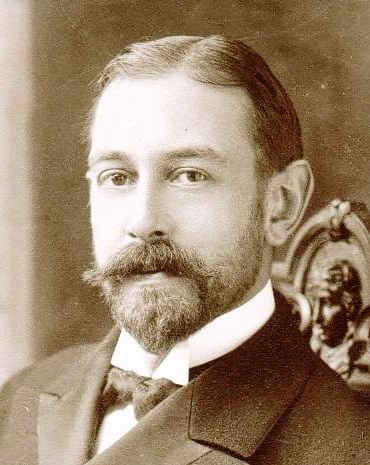 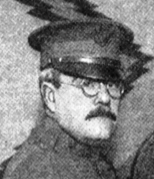 From mail-order hunting wear to a renaissance under Wexner

David T. Abercrombie Co. opened in 1892 as the place for hunters to shop in the early 1900s. Attorney Ezra Fitch bought a portion of the company in 1904, which prompted a rebrand to Abercrombie & Fitch.

Sportsmen from all over the country, including Teddy Roosevelt, Charles Lindberg, and Ernest Hemingway, shopped at Abercrombie & Fitch, but its popularity did not last. Abercrombie & Fitch filed for bankruptcy in 1976 and soon closed its flagship store in Manhattan, marking the first major identity crisis for the company.

Two years later, A&F was acquired by Oshman’s Sporting Goods for $1.5 million, but the brand was still focused on hunting wear. With its old mailing list in hand, Oshman's turned A&F into a mail-order retailer with few physical locations. Selling the same wares as before with a few novelty items thrown in, A&F struggled once more as it failed to find a consistent market.

When Oshman's gave up and put the brand up for sale, Leslie Wexner, the founder of The Limited, bought it for $47 million in 1988. He then set out to do what he did with Victoria’s Secret: figure out what the store had been doing wrong and how he could turn that around.

To do this, he brought in CEO Michael Jeffries, who transformed Abercrombie & Fitch into a clothing store aimed at teens and made the brand most know it for today. Abercrombie & Fitch started selling casual, preppy clothes with some sex appeal, while also debuting catalogs and marketing featuring half naked models.

In 1999, seven years after Jeffries took the reigns, A&F became a part of the cultural zeitgeist when the pop/rap group LFO released the song “Summer Girls” with the lyrics: "I like girls who wear Abercrombie & Fitch, I'd take her if I had one wish." This was the pinnacle of Abercrombie & Fitch's pre-2000's success, and it would grow even further as Wexner had an idea to specifically target the 14-18 demographic, AKA the "cool kids" of high schools across America. 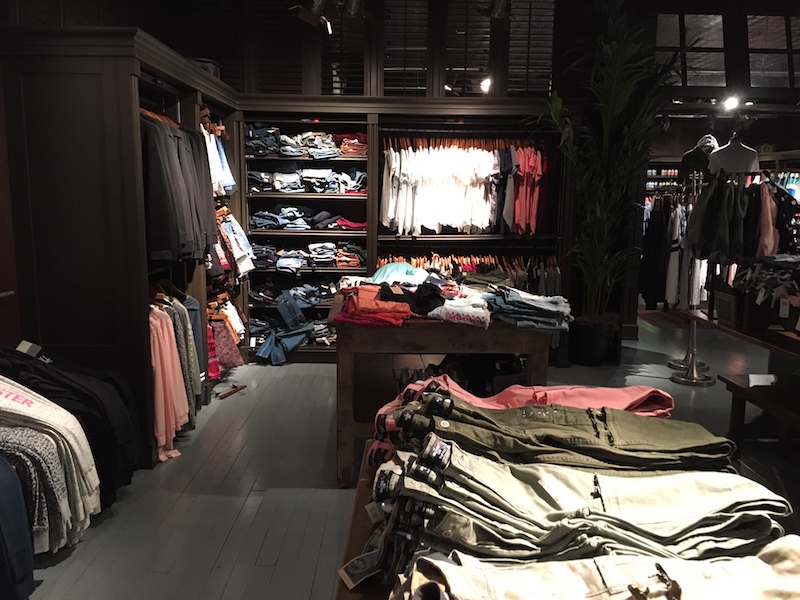 The first Hollister store opened in Columbus, Ohio on July 27, 2000. That contradicted what Abercrombie & Fitch used to claim, as it said that Hollister was founded in California. It wouldn't have a store in that state until October 2000 in Westfield Topanga Mall in Canoga Park.

From 2001 to 2008, the Abercrombie and Fitch empire went through massive expansion. During those eight years, 461 stores opened in that time, with 349 of them being Hollister shops. The biggest year for its growth was in 2006, when 65 stores opened across all A&F brands — more than one for every week in that calendar year. 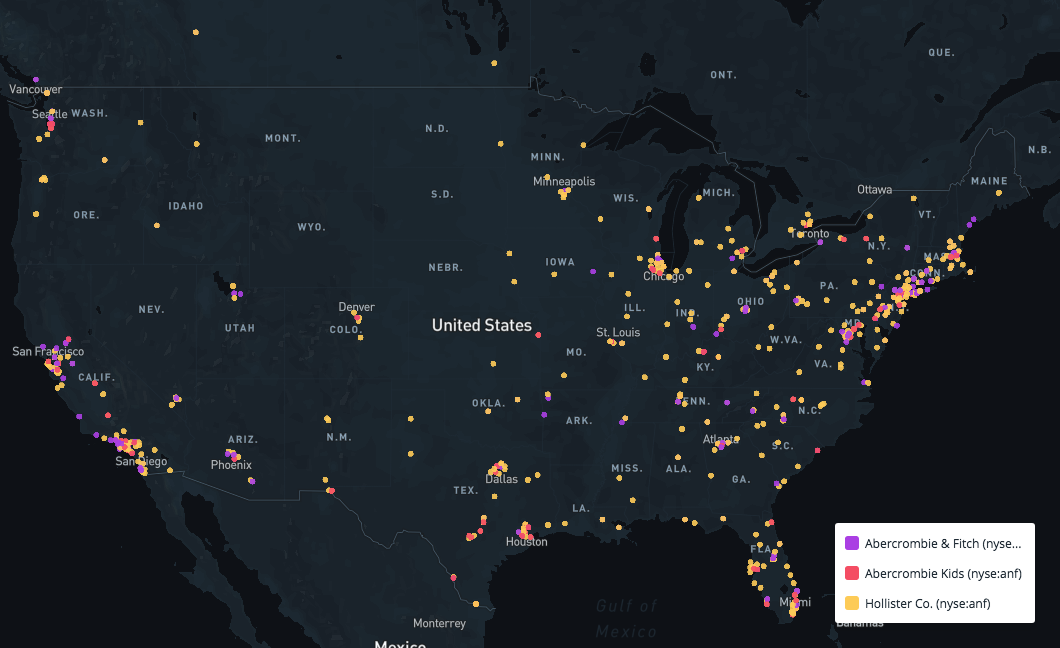 That was also the year A&F went international; the first Abercrombie & Fitch outside of the U.S. was opened in the Toronto suburb of Etobicoke, Ontario, Canada on January 20, 2006. A year later on March 22, it had a store across the pond in London, England.

By the early 2010’s, A&F had nearly 1,000 stores in total spanning the globe from Japan to England to its first ever home of Manhattan. 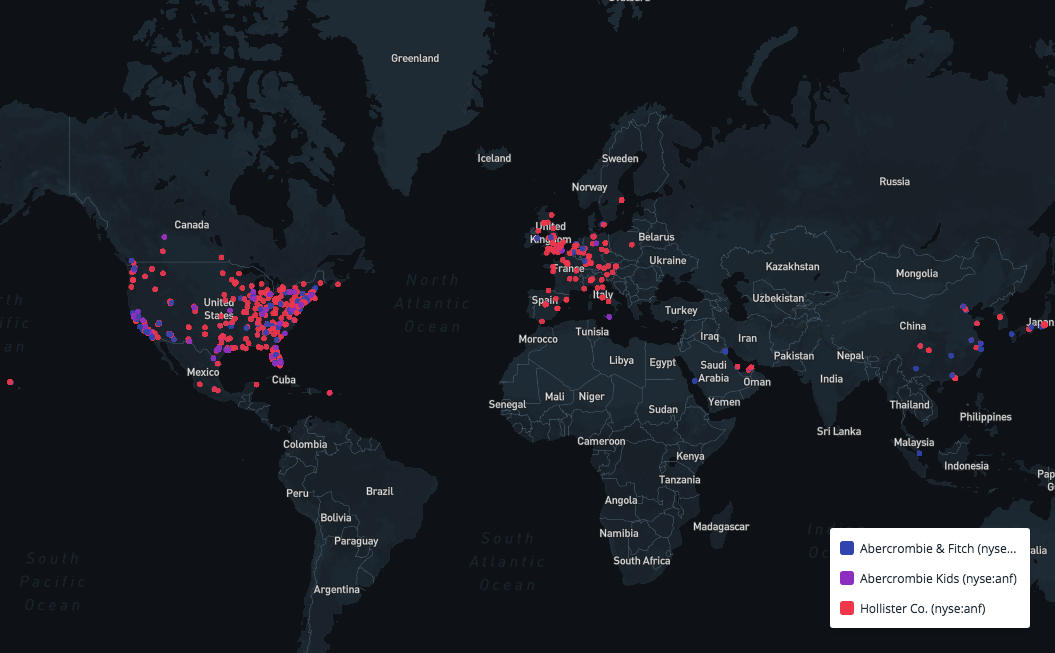 Wexner had done it again; he found the formula for success with a failing brand and transformed it into a massive success. But it was not without its controversies, nor its lawsuits or recent decline in its overall presence among consumers.

The Search for Relevancy

Along with selling an objectively racist t-shirt and settling a race and discrimination lawsuit over hiring practices, the company's main controversy in its recent history stems from the sex appeal that seemed to be the driving force of its brand.

And A&F, specifically its CEO Michael Jeffries, admitted that it was.

In a 2006 interview with Salon, Jeffries said that A&F’s image and business was built around sex appeal. He wanted to "hire good-looking people" to market to the "cool kids." He candidly said the brand was intentionally exclusive, because "a lot of people don't belong in our clothes."

Although A&F would continue success through the early 2010's, this attitude would soon catch up on the brand. Jeffries retired in 2014 after 11 straight quarters of same store sales declines, and even after his exit, sales were still plunging.

In 2015, A&F reported a net loss of $63 million for its first quarter, and made $72.8 million in operating income. That would drop to $15.2 million the next year, and it soon started fielding takeover offers while closing 54 stores.

What has gone wrong with the brand? As social media data shows, its fans are growing up and losing interest. On Twitter, both A&F and Hollister accounts have had a declining following count since 2016.

On Facebook, people started "Unliking" Hollister's page after it hit its peak in early 2018. And overall, Facebook users have stopped talking about the brand over time.

As it experiments with new store designs, Abercrombie & Fitch is back where it was when it sold hunting gear and novelty goods through catalogs; it looks to regain its popularity and, ultimately, its market. Its most recent second quarter earnings showed a net sales increase of 8%, although it was below estimates, sending the company's stock down to as low as under $18 today.

Time will tell if the brand will find new life, and A&F hopes that its rich history repeats itself with its new direction.