The ambitious, bold and hungry start their week with The Business of Business!
People
5.30.18   2:07 PM People

In March, the network saw a massive Facebook lift. Now that it's canceled Roseanne, its Facebook page is surging with activity. Here's what it looks like.

ABC responded as such:

“Roseanne’s Twitter statement is abhorrent, repugnant and inconsistent with our values, and we have decided to cancel her show.”

Before this all went down, however, the Roseanne reboot was a good thing for the network. In fact, in March, when the show premiered, it was the network — and America's — number-one show. Even President Trump cited the show's popularity as a show of support for his policies.

A look at ABC Television's Facebook likes shows the surge in likes in March, much like a giant stair step:

People were talking about the show and ABC in March as well. Massive spikes at the show's premiere annoucement and subsequent premiere can be seen in the graph below which tracks Facebook users' mentions of ABC Network on Facebook:

However, today, things are not so rosy on ABC Television's Facebook page. Reactions are clearly mixed, with some Facebook users disappointed in the network for the cancelation while others vow to never watch the network again for running the show in the first place. Either way, activity on the page is massive, and we fully expect to see movement in both ABC's followers and talking-about counts: 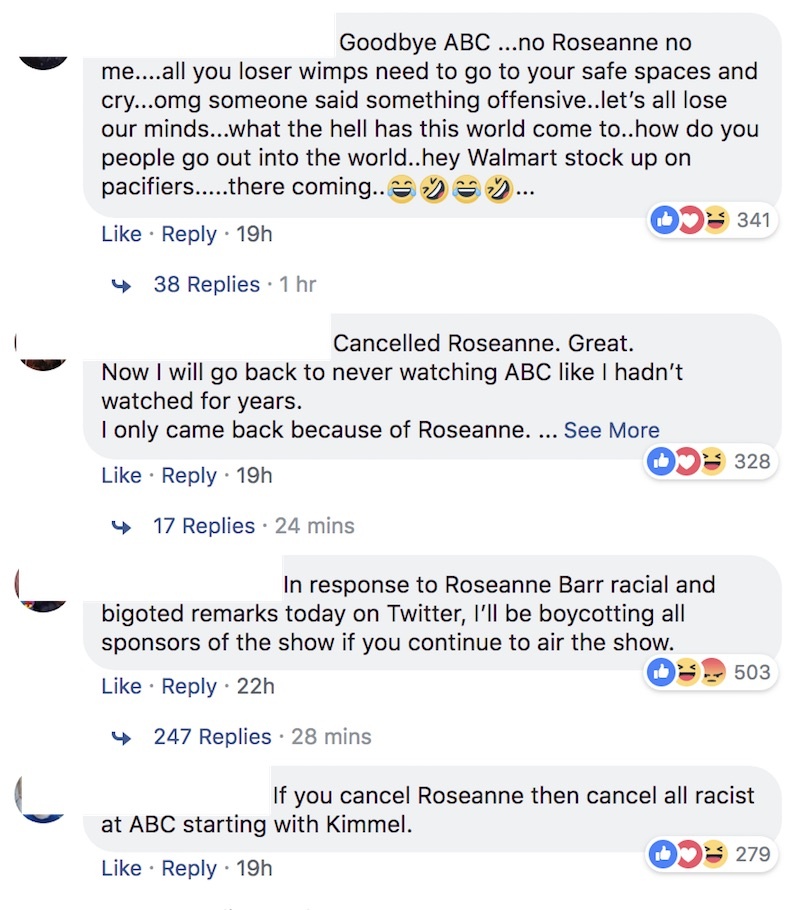