Tesla is the Supreme of Silicon Valley

Tesla now has its own brand of tequila — nicknamed “Teslaquila” — and it’s not even the most ridiculous product Elon Musk has come up with.

It all started with an April Fools’ Day joke.

Elon Musk is known for his at times odd Twitter humor, and April 1, 2018 was no exception. The Tesla founder and CEO tweeted that his electric vehicle empire had gone bankrupt. “So bankrupt, you can’t believe it,” Musk wrote.

“Elon was found passed out against a Tesla Model 3, surrounded by ‘Teslaquilla’ bottles, the tracks of dried tears still visible on his cheeks,” Musk added.

Fast forward to November 2020, and Tesla has made its very own brand of tequila (they went with “Tesla Tequila” as opposed to “Teslaquila” due to Mexican tequila regulatory issues). The bottles, which retailed for $250, sold out in a matter of hours. And the second market is seeing steep resale prices, with some eBay listings over $1,000. Since eBay users can't sell alcohol, that price is just for an empty lighting bolt-shaped bottle.

That’s not the only joke item Elon Musk put up for sale. In fact, Musk has produced everything from Tesla surfboards to phone chargers. His tunnel infrastructure venture, the Boring Company, made its own $500 flamethrower, the “Not A Flamethrower,” in January 2018. Like Teslaquila, the 20,000 flamethrowers sold out quickly, and the resale prices are exorbitant to say the least. Consumers could even purchase a Boring Company fire extinguisher to go with their new toy. 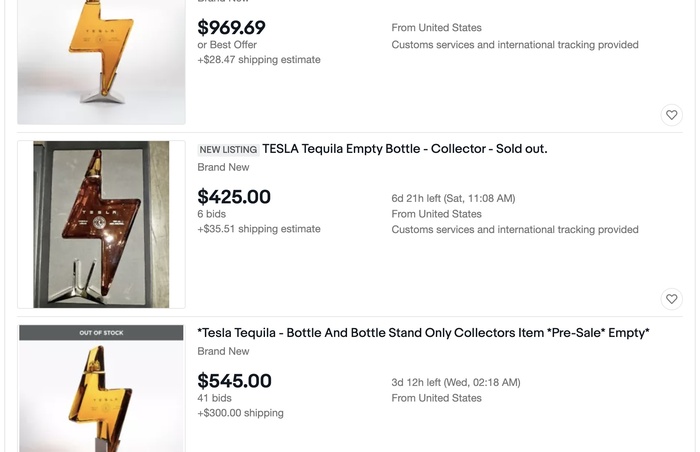 Musk isn’t the only one to stamp his company logo onto a fire extinguisher. Skate brand Supreme already thought of that back in 2015. In fact, it seems Musk is taking a page from the Supreme book of hype branding.

How did Supreme get so big? What started out in 1994 as a New York-based skate shop turned into a $2.1 billion business with stores around the world. Much of it had to do with Supreme’s marketing tactics, which let consumers chase the brand, as opposed to the other way around. Supreme’s countercultural image, coupled with limited inventory of its products and surprise releases, have made its brand more valuable due to exclusivity.

"What they're really selling is their brand," Jonah Berger, a professor studying viral marketing at the Wharton School of the University of Pennsylvania, told Business Insider. "They've done a great job of essentially building a badge, where anything they sold, people might be willing to buy it because they want that badge." 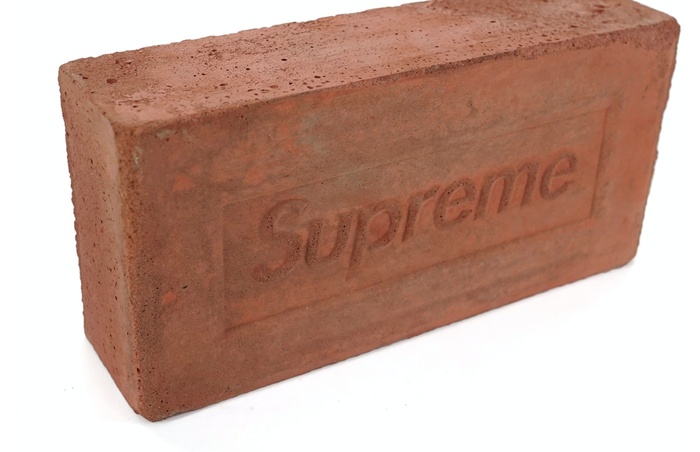 While most Supreme products are conventional streetwear, the brand has sold much weirder things: fire extinguishers, crowbars, porcelain cupids, voodoo dolls, and even bricks (which the Boring Company got in on, too). The second market for Supreme items is notoriously big, due to inventory selling out every time Supreme has a product release, or “drop.” By the time products hit eBay and other resale sites, they’re marked up to whatever desperate consumers are willing to pay, which usually means hundreds, or even thousands of dollars.

Like Supreme, Tesla’s products are all about exclusivity, and its more bizarre items highlight that exclusivity even more than its luxury cars. Despite the ad copy on Teslaquila — “small-batch premium 100% de agave tequila añejo made from sustainably sourced highland and lowland agaves”— the company and the consumers both know it’s not about the alcohol or the lowland agaves. It’s all about the brand.