The ambitious, bold and hungry start their week with The Business of Business!
Innovation
1.20.22   8:08 PM Innovation

From Jim Goetz to Peter Thiel, Peter Levine and Masayoshi Son, these investors won big by getting in early.

Venture capitalists have built a lore around themselves for enabling disruptive technologies to reshape industries and transform our lives.

Most investments won’t pan out, but a move that might start out looking absurd could end up with a billion-dollar valuation and be hailed as visionary.

While there is no surefire formula for success, the best venture capital investors, be they solitary angels or partners at prestigious firms, have a lifetime of hard work and perhaps some luck to thank for their big wins.

We decided to explore some of their boldest and most ambitious plays to see what made the good bets so good. We looked at some of the largest deals over the past two decades, and calculated return on investment for VCs when the sizes of their shares and their stake at exit were public information.

Here are 10 of the most fortuitous investment decisions by VCs and what they led to in terms of both returns and impact. 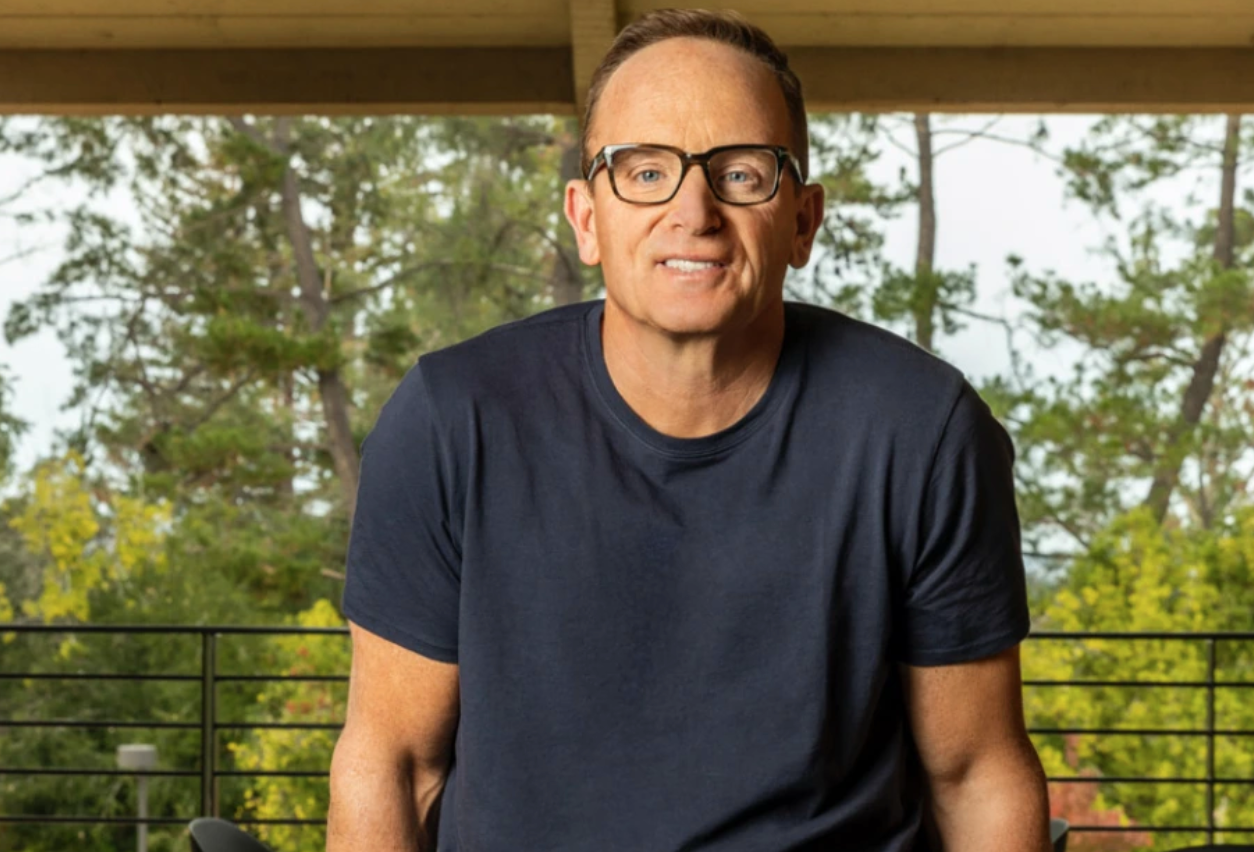 Jim Goetz was the partner who led Sequoia’s investment in Whatsapp. Sequoia first put in $8 million in WhatsApp’s Series A funding round in 2011 and later added $52 million for its Series B. When Facebook acquired WhatsApp in 2014 for $22 billion, Sequoia’s stake was worth over $3 billion, amounting to a 60x return on investment.

As someone inspired by founders looking to change the mobile landscape, Goetz saw something special in Whatsapp’s team from the get go. “From the moment they opened the doors of WhatsApp, Jan and Brian wanted a different kind of company.” Goetz recalled when the acquisition was announced. “Jan keeps a note from Brian taped to his desk that reads: ‘No Ads! No Games! No Gimmicks!’”

Just three years after his initial bet, Goetz’s intuition was proven right: Facebook’s acquisition of WhatsApp was (and is to this day) the largest ever for a venture-backed startup. 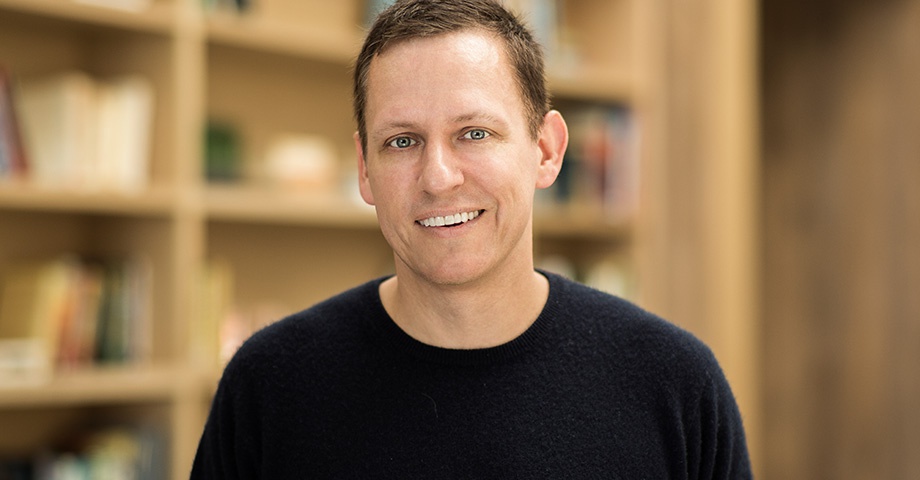 Peter Thiel made a $500K seed investment in Facebook, becoming its first investor in 2004. The deal initially gave Thiel a 10% stake in the company, but it was later diluted to a 2% stake. By the time Facebook went public in 2011, that stake was worth about $2 billion, giving Thiel a 4,000x return on his seed investment.

The early cash infusion may not be the only thing Thiel contributed to Facebook’s success. Facebook co-founder Mark Zuckerberg also prized Thiel’s advice, saying “Peter was the person who told me this really pithy quote: ‘In a world that’s changing so quickly, the biggest risk you can take is not taking any risk.’ I really think that’s true.”

Thiel himself might regret not taking a bigger risk on Facebook. Though he was the social network’s first investor, he later declined to participate in the social network’s Series A round, believing that it was being overvalued by Accel Partners and Breyer Capital, therefore missing out on the chance for an even bigger chunk of the pie. Still, he has continued quietly selling off his remaining Facebook shares and doing just fine off that initial investment.

As an angel investor, Eric Lefkofsky seeded $1 million into Groupon in its early days. By the time it went public in 2011, he owned a 21.6% stake in a nearly $16 billion company. Lefkofsky’s stake was then worth about $3.5 billion, so he returned 3,500x on his original investment.

Lefkofsky was both an investor and an executive in Groupon, leading some to criticize the way he inflated his stake by negotiating both sides of the deal.

His track record with the coupon business nonetheless made him a fabled internet entrepreneur. He once told the New York Times: “Any business that is looking for new customers needs to understand the Internet and how to market their goods or services through it.” 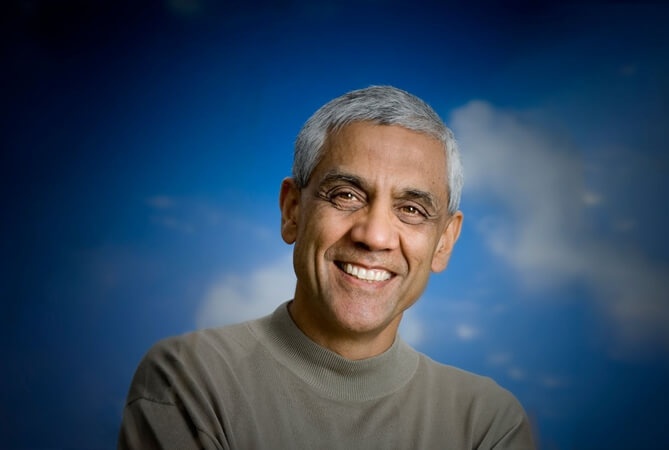 In 1999, Vinod Khosla conducted Kleiner Perkins’s $8 million investment in Cerent, a company he himself led as chief executive for 18 months.

Cerent bet on making optical equipment to fill a need in the telecommunications market. When Cisco acquired Cerent for $6.9 billion, Kleiner Perkins owned a 30.8% stake. This gave it a $2.1 billion return on a $8 million investment, multiplying its initial pile by a factor of 263.

Despite his obviously discerning eye for investments, Khosla remains modest. When asked by the Wall Street Journal how he keeps up with new trends, Khosla said “I have the smartest people in the world educating me every day. The only thing I really do is filter and modify to arrive at my own opinions."

Matt Cohler and Mitch Lasky led Benchmark Capital’s investment in Snap. Their $13.5 million Series A investment turned into a $3.2 billion stake in March of 2017 when the company went public. That’s a 237x return.

Snapchat differentiates itself by the impermanence of the content its users share. This gives people the freedom to communicate without feeling pressure to produce a carefully curated feed, which spoke to Lasky.  “People are looking to communicate in a real way,” he said in discussing the investment. “The real self, as opposed to the projected self. That was the piece that resonated the most with me.” 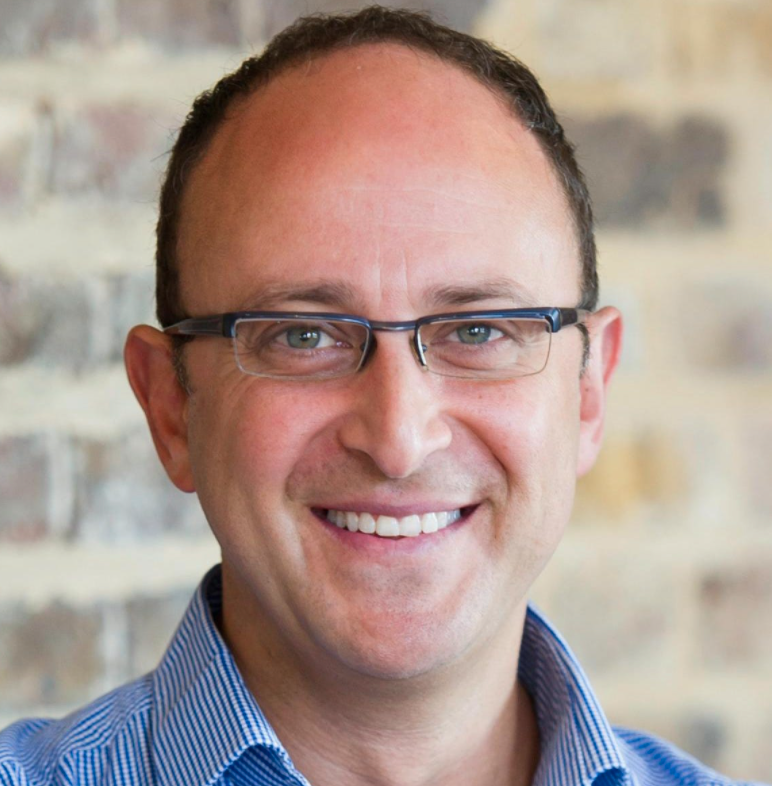 Mike Chalfen led Apax Partners’ investment in King Digital Entertainment. It is now the world’s largest game network as the force behind the hugely popular Candy Crush Saga. Apax invested $36 million for a surprisingly-high 45% stake in the company.

King went public in 2014, issuing 6% of its shares to raise $500 million at a $7.1 billion valuation. The following year, it was acquired by Activision for $5.9 billion. Thanks to this acquisition, which it was able to actively negotiate thanks to its large ownership stake, Apax earned $2.5 billion, adding to the $418 million it pocketed in earlier proceeds. In total, Apax returned 93x on its initial investment.

Unfortunately for Chalfen, he was not among those who reaped the rewards from his successful bet. Chalfen left Apax before King got acquired and due to the timing of his departure did not earn any carried interest from the investment he led. “I’m not going to make a penny,” he told the Wall Street Journal around the time of the IPO. 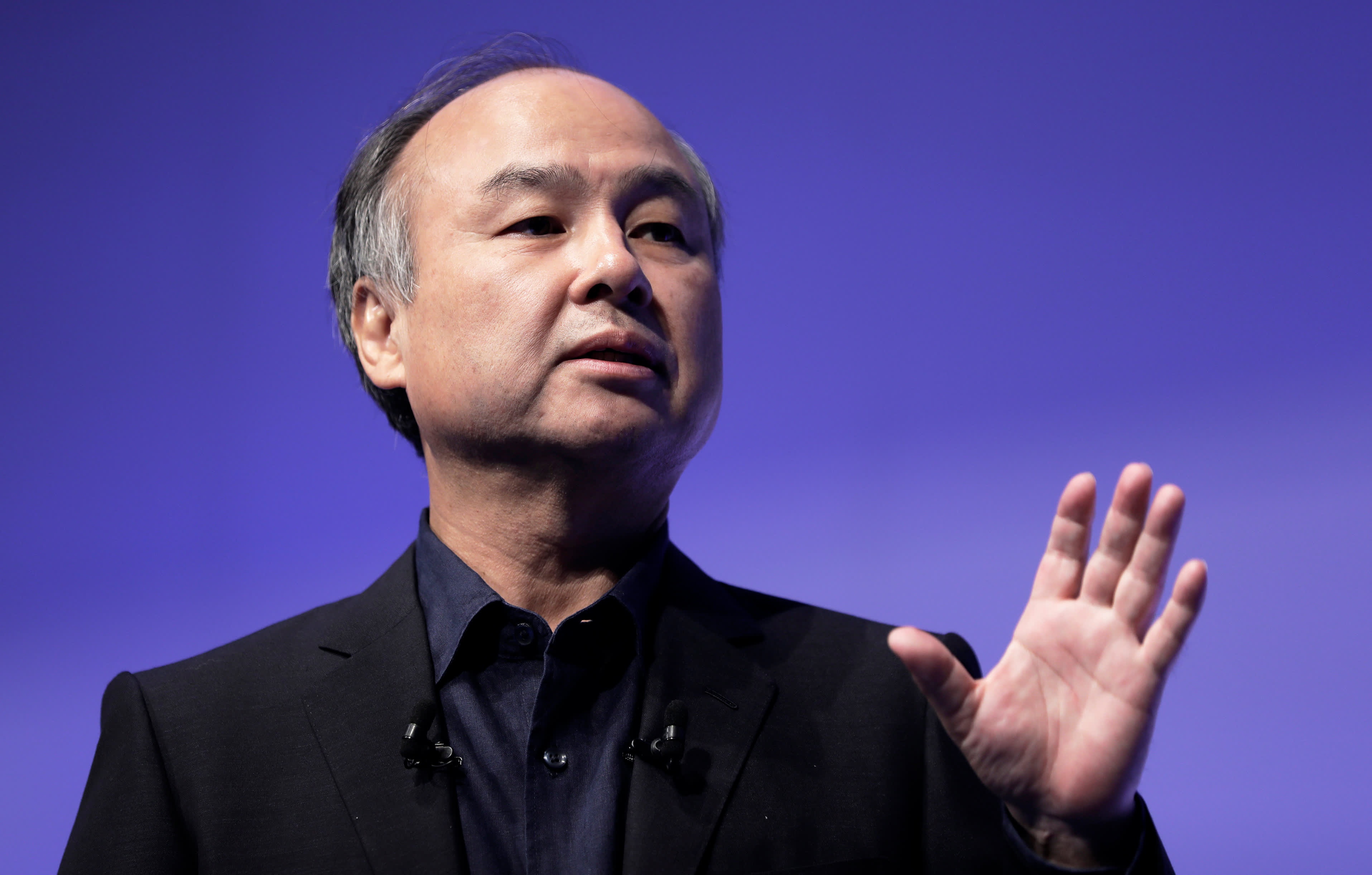 In 2000, Masayoshi Son’s investment firm SoftBank invested $20 million for 34% of Alibaba. Twenty-two years and one mega-IPO later, the Chinese e-commerce giant’s market capitalization is at $360B, making Masayoshi Son’s stake in it worth $120B. This amounts to a 6,000x return.

Though Son and Alibaba founder Jack Ma have resigned from each other’s boards, leading some to speculate that a rift occurred between the two, the Alibaba stake remains SoftBank’s most profitable investment.

Whatever the relationship between the two is now, Son undoubtedly saw something he liked when he first invested in Ma’s company. Son famously joked about the bet on Alibaba “I invested based on my sense of smell,” saying Ma had a look in his eye and an “animal smell” that drew him in. 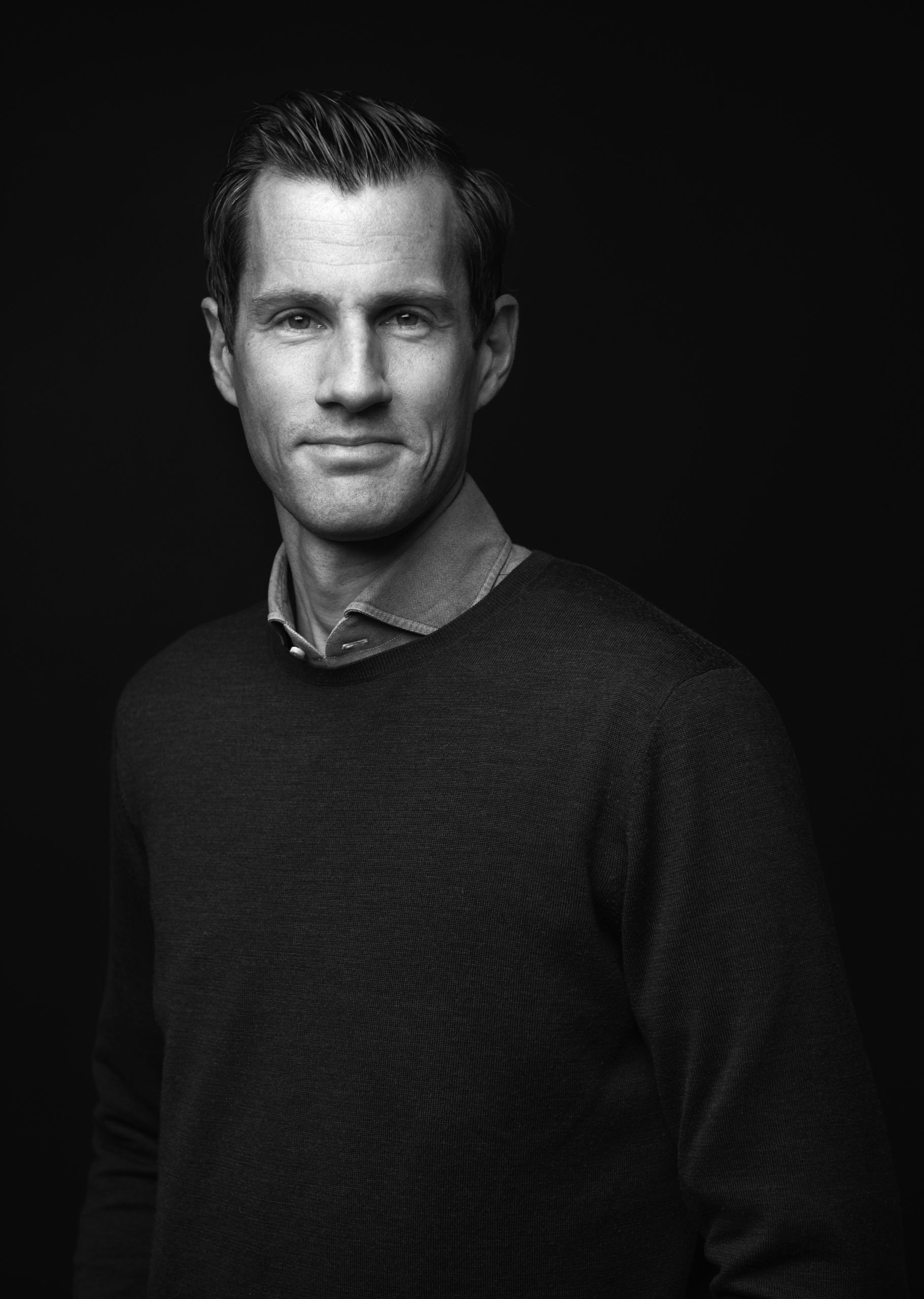 After its IPO in 2018, Spotify was valued at $29.5 billion, making Creandum’s stake worth $370 million. That means the firm was able to multiply its investment by a factor of 82.

Cassel trusted his instinct that Spotify was onto something at a time when streaming music was mostly still happening illegally. In a blog post looking back on the early investment, Cassel said: “[O]ne thing we really bought into was Spotify’s fundamental belief at the time: in order to win against piracy, you need to provide a service that was… ‘Better than piracy.’” 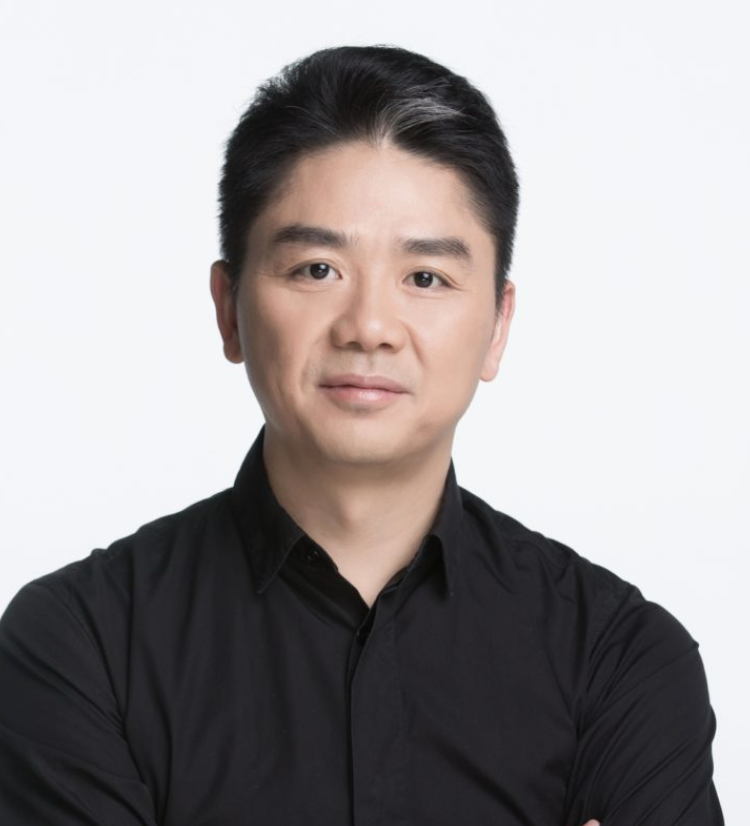 Richard Liu Qiangdong led Morningside Ventures’ (since rebranded as 5Y Capital) $230 million investment in the Chinese phone manufacturer Xiaomi across its Series A, B, and E rounds from 2011 to 2014.

By the time Xiaomi went public in 2018, the company was worth $54 billion and Liu’s fund owned a 17% stake. The VC firm was therefore able to return 40x on its investments.

At the 2018 World Retail Congress in Madrid, Liu laid out a simple strategy for success. “We have to make a lot of innovation every day and never stop,” he said. “Reduce cost and improve customer experience. That’s all.” 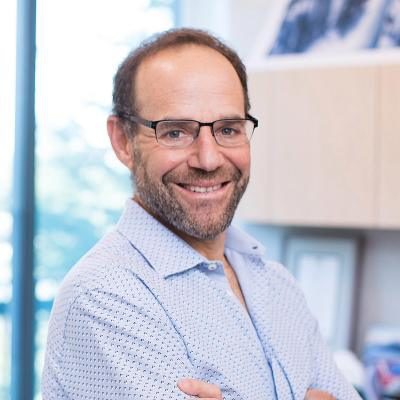 Peter Levine sourced his firm Andreessen Horowitz  with Github, investing $100 million in its Series A in 2012. At the time it made the investment, this amounted to the largest check the firm had ever written for a single deal, leading to claims that the firm had overpaid, but Levine believed that developers held the keys to the future.

After Github’s acquisition, Levine reflected: “Modern programming is about assembling code…and code tends to belong in one place where it’s easy to access.”

“The company was growing at 100% with no sales organization, and the uptake was completely organic,” he said “They had captured lightning in a bottle!”