These companies own the mobile games your parents can't stop playing

Mobile games are bigger than ever. Who owns the most successful titles out there?

Nowadays, with quarantine almost hitting the half-year mark and more spare time than ever, an unreasonable amount of time is being spent on our phones. If you’re like me, your iPhone’s screen time tracker lets you know every Sunday that you’ve somehow increased your daily screen time by yet another 200% over the previous week. And if you’re like me, you’ve also noticed that your Baby Boomer or Generation X parents are spending more time than ever before on their phones.

When they’re not doom scrolling through Facebook and attempting to use Instagram, that time is being spent playing games. Before the previous generation of consoles was released, many thought mobile games were the way of the future and would put an end to consoles as we knew them. They were only half right.

Many mobile games have the reputation of being “games your mom plays.” While that’s perhaps an unfair assessment, there are a lot of moms out there - last year, the mobile games industry was worth an estimated $68.5 billion, according to Techcrunch. Mobile games are huge in countries like Japan, and were estimated to be 33% of all app downloads a year ago to the date. With more time and money being spent on these games than ever before, it’s worth taking a look at who owns some of the biggest mobile games out there, whether it’s you or your mother playing them.

All of the following games operate on a freemium model, costing nothing to play but giving players the option to make in-game purchases. 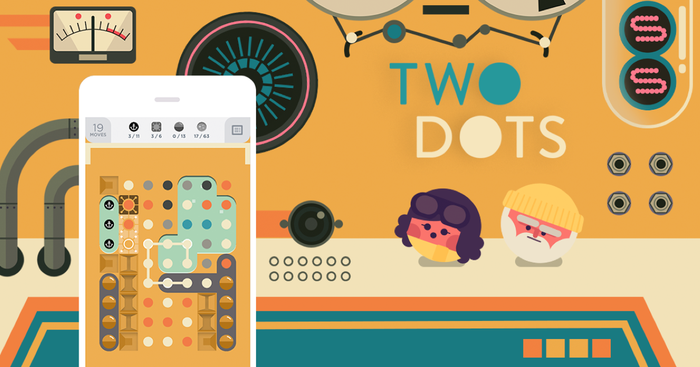 Two Dots, a simple puzzle game where users connect squares of identically colored dots, has been downloaded 80 million times, according to a statement from developer Playdots earlier this week. That statement came with the announcement that developer Take Two Interactive ($TTWO) had acquired Playdots for $192 million.

Take Two Interactive, a subsidiary of ZelnickMedia Corporation, is known for its subsidiaries like publishers 2K Games and Rockstar Games, which make the NBA 2K and Grand Theft Auto games respectively. The acquisition of Playdots is the company’s second major foray into mobile games after acquiring studio Socialpoint for $250 million in 2017.

When it was founded in 2014, the studio started with investment from Chinese games conglomerate Tencent ($HK:700). In fact, Tencent is a name you’ll see more than once on this list. While Tencent has a hand in the pockets of several major US game developers, it built its empire on mobile games. That’s why so many of Tencent’s subsidiaries like Epic ($PRIVATE:EPICGAMES), Activision Blizzard ($ATVI) and Riot Games ($PRIVATE:RIOTGAMES) have released mobile versions of their flagship titles like Fortnite, Call of Duty: Warzone, and Legends of Runeterra. 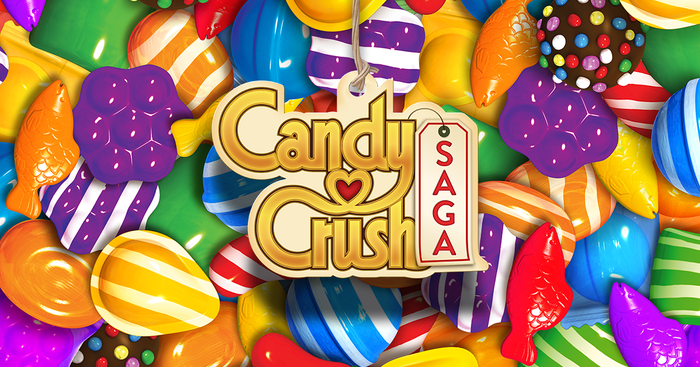 Candy Crush Saga, a Tetris-like game about stacking up rows and columns of candy blocks, needs little introduction. It may very well be the most well-known mobile game of all time, and is largely responsible for kicking off the frenzy around mobile gaming to begin with.

Created by Maletese developer King, Candy Crush grossed over $1.8 billion in 2018, according to Variety and Social Tower, with all its players combined spending an average of $4.2 million per day on the app. While the in-game purchases rarely exceed $5 each and often come in the form of extra lives or bonuses that cost less than a dollar, they add up over time and the addictive nature of the game keeps players coming back.

In 2016, King was acquired by Activision Blizzard (which Tencent has a 5% ownership stake in) for $5.9 billion, the largest acquisition of a mobile developer to date. While Candy Crush Saga doesn’t hold much cultural capital, its impact on game design and business models firmly secures its place as one of the most influential games of all time.

Candy Crush’s popularity isn’t waning, either. Since March 25 when the App Store did a platform-wide purge of old or botted reviews, Candy Crush has managed to rake in an additional 300,000 reviews. Their rating count was soaring for years prior to the pandemic, as well.

Wordscapes is a crossword puzzle game that asks players to generate as many words as possible given a limited number of letters. The game is made by independent developer PeopleFun, a studio founded in 2011 whose developers have a long history developing classic PC games like Orcs Must Die! And Age of Empires, making it the only title on this list to have no involvement from Tencent.

According to PeopleFun’s website, Wordscapes is the number one “word” game on iOS and Android, and has over 150 million downloads across its nine games (six of which are spin-offs of Wordscapes).

Though PeopleFun is currently independent, its headcount of 63 employees and the success of the Wordscapes franchise makes it a ripe target for acquisition, be it by Tencent or an American holdings company like Take Two Interactive. Playdots had a team of 70 employees at the time it was acquired by Take Two, and it might not be long before conglomerates cast their gaze in Peoplefun’s direction, if they haven’t already.

The mobile games space is vast and full of small players releasing tiny, independent games. It’s difficult for those games to succeed, thanks to Apple and Google’s 30% transaction fee on the App Store and Google Play Stores, which Epic Games is currently challenging. But at the highest level, companies that succeed are those that got their foot in the door early or have the scale to afford Apple and Google’s fees. The mobile gaming market continues to grow and is accelerated by COVID-19, and more consolidation is likely to happen. In a few years time, there may only be a small handful of publishers handling the biggest titles in mobile gaming.

This week in Business Twitter: Litecoin and Walmart get pranked, Rivian rolls out its first EV truck, and Mailchimp’s $12 billion exit

This week, a fake press release claimed that Walmart would accept Litecoin as payment, and before it could be taken down, the cryptocurrency shot up 33%.
Ivan De Luce
9.17.21   8:09 PM
People

Restaurants are still serving up IPOs, and Dutch Bros and First Watch are next on the menu

Dutch Bros had a stellar opening on the NYSE. While First Watch hasn’t gone public yet, the company hopes to expand to 2,200 locations after its IPO.
Ivan De Luce
9.17.21   2:34 PM
Markets

The hottest NFT project of late is just lines of text, referencing items like "divine hoods" and "studded leather gloves." It has sparked the whole ecosystems of creative endeavors.
Joon Ian Wong
9.14.21   9:30 PM
Features
View All