This is the northernmost place you can buy an iPhone

Barrow, Alaska is home to polar bears, 24-hour sun, and an Apple reseller.

Sometimes we get lost in the data here at Thinknum, and the process of finding our way out of the mire can turn up some of our most interesting - or at least fun - stories. In this case, when we were doing a sweep of Apple ($AAPL) stores in the United States on the off chance we'd find some outliers, we saw Barrow, Alaska blinking atop all the others like a little lighthouse that could.

The northernmost city in the United States, Barrow (now known as its original name, Utqiaġvik) is also the northernmost place you can buy an iPhone in the states. That’s because the city is home to a GCI Retail store, where you can get cable television, home phone service, and, yes, an Apple iPhone X.

But you can’t drive there. Instead, you’d have to fly into Wiley Post–Will Rogers Memorial Airport, the United States’ northernmost airport. 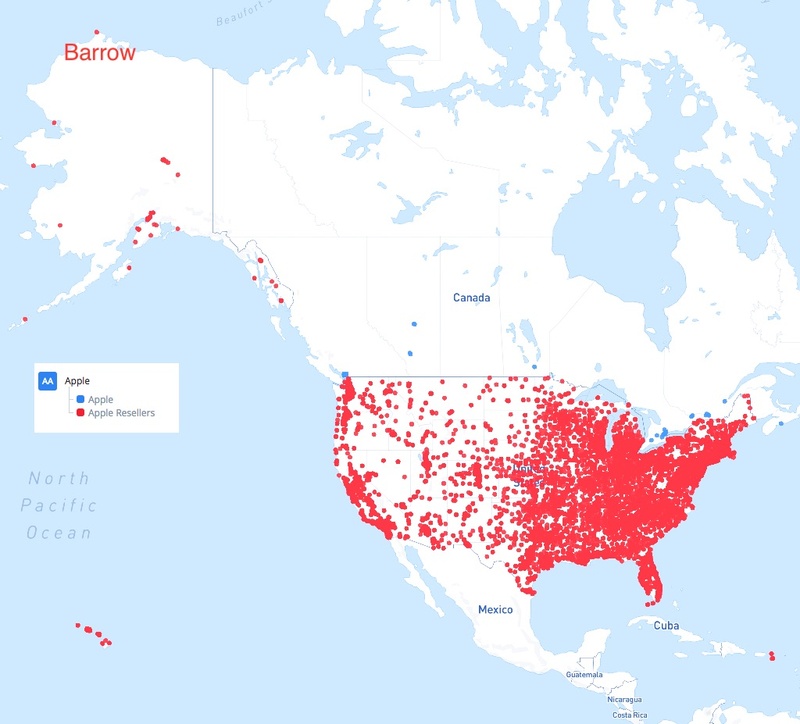 Don’t be fooled by Barrow’s quaint appearance - it is no economic slouch. Home to several retail outlets, a Wells Fargo Bank, and a number of hotels, it also has a healthy economy dedicated to oil-field operations, tourism, and indigenous arts and crafts.

Here are some other fun facts about Barrow: