The ambitious, bold and hungry start their week with The Business of Business!
People
8.12.21   6:08 PM People

As an undocumented immigrant, I saw how unsafe the hospitality industry can be. As a founder, I'm working towards a solution.

Yasmine Mustafa worked under the table for 10 years in restaurants. Motivated by her own experiences of harassment, in 2019 she launched ROAR for GOOD, a panic button platform for hospitality workers, which has increased its outreach by 1000% post-pandemic.

I started working in restaurants under the table when I was 16. Having immigrated to Philadelphia as a Palestinian in 1990, on a program that extracted citizens out of Kuwait for their safety (my parents left Palestine after they married to avoid raising a family among the civil unrest), I learned at 15 that the U.S. Embassy had never submitted my paperwork. I was undocumented. Without citizenship or a green card to apply for a real job, I spent the next 10 years working illegally. This opened my eyes to the unsafe conditions and harassment unauthorized workers, the vast majority of employees in hospitality, endure.

ROAR for Good, the business I founded in 2014, is a staff safety platform that helps put an end to fear in the workplace by installing beacons throughout hotels. The beacons use low-energy, Bluetooth Mesh technology that sends signal to other smart devices nearby; they have a three-year battery life and can provide coverage even in areas with weak WiFi or cell reception. Housekeepers can carry the panic button in their pocket, apron, or wear it as a lanyard around their neck. If something happens, they push it, and a nearby beacon identifies their location and sends a notification to security or the hotel manager.

Initially, the idea was for every woman to wear a panic button as a piece of jewelry. However, we soon learned our business model was not sustainable. Human beings by nature don't think about prevention until it's too late. A lot of times the people that would buy our device were survivors or bought the product as a gift for somebody else, who probably never opened it. The device was originally supposed to cost $50, but the manufacturing costs ended up double what we had anticipated, and a lot of women couldn't afford it. So, we decided to switch to B2B and pass the cost on from the individual to the business. 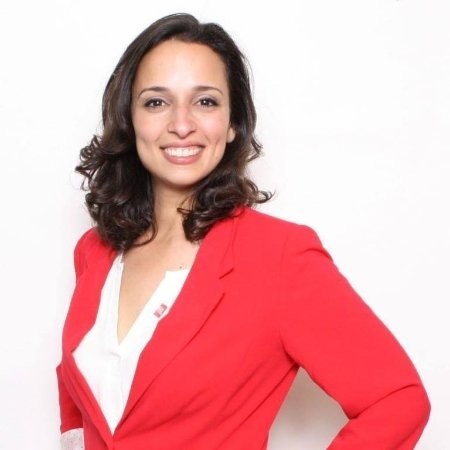 We launched our B2B in 2019 with reconfigured panic buttons, just when states started passing laws that required hotel owners to provide their employees with panic buttons. We had signed a huge multimillion-dollar contract, doubled the team and had 40 hotels waiting for an installation. Then, COVID-19 struck.

We had to respond to the pandemic by completely redoing the business. First, we reduced our team size. We could not keep marketing, for example; we knew hotels were not going to recover quickly. Then, we went to our customers to make sure they were okay. We changed our payment plans or paused them depending on where our customers were financially. We reassured our customers ROAR for Good would be there for them when they were ready. What we also did was start exploring other verticals. I picked up the phone and called hospitals and contacts in healthcare, and asked them if there were workplace safety needs our solution could fulfill. Last, we focused on the development of the product; we tweaked it so that it could install faster, and so that, when the industry came back, it would be much more scalable. In December 2020, once the vaccines began being distributed, we were put in a position where we were stronger than we had been pre-COVID.

In Q1 of this year, we experienced an increase of over 1000% of outreach from hotels as opposed to the year pre-COVID. We had to raise money to meet that growth, but are now working with three hotel chains and will be live in 11,000 rooms by the end of June. We are also seeing an interesting trend with "new builds"--hotels that are making their grand opening to the public. These hotels are seeking safety tools to build a foundation of security. One out of every five new installs are in this new build category. Pre-COVID, new builds accounted for 15% of all installs; today the figure is 20%. We are experiencing a backlog. Meanwhile, we are entering the healthcare industry by piloting with a Philadelphia-based behavioral services facility. Setbacks are always going to be part of my entrepreneurial journey, though. With fundraising, I often speak to prospective investors--most of them men--who don’t recognize the problem. Some ask me to define sexual harassment. That’s why I’m proud to have been able to take my own well-lived experience and work with the ROAR team to morph it into a successful business that helps vulnerable workers get peace of mind.