Y Combinator’s First Batch: Where are they now?

The famed startup accelerator was churning out hits like Reddit from its initial batch. Here’s a look at where Y Combinator’s first founders are today.

When Paul Graham and Jessica Livingston first began accepting applications for their new startup accelerator, they had $200,000 in seed money and four employees.

Graham, who had been working at a web application company called Viaweb, wasn’t particularly confident that their new venture would do well. But Graham wanted to invest in promising college students building innovative tech startups, much like his mentor, lawyer Julian Weber, had invested $10,000 in Graham’s own Viaweb.

Despite their misgivings, Graham and Livingston plowed ahead, creating a Silicon Valley icon in the process. To date, Y Combinator has helped launch and fund over 2,000 startups in Silicon Valley, including giants like Airbnb, Dropbox, Stripe, Reddit, DoorDash, Coinbase, and many more. As of 2021, the combined value of YC’s startups is estimated at $300 billion. Today, founders still aspire to get into one of YC’s batches.

Y Combinator’s consistently successful 16-year run all started with that First Batch, which included founders like Alexis Ohanian, Steve Huffman, Sam Altman, and Justin Kan. Last week, Kan tweeted an image of YC’s First Batch dating back to the summer of 2005. It’s worth seeing how the years have treated that very first batch. 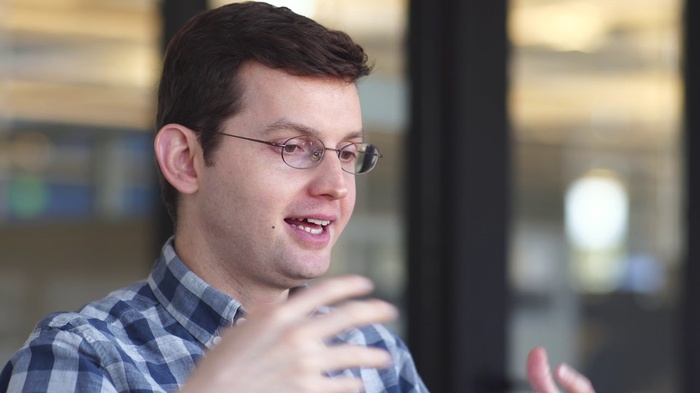 Co-founder, Memamp
Where is he now?
Product manager for Cloud TPUs, Google

Along with Chris Slowe, Zak Stone co-founded Memamp, a desktop search startup. The two had been working on their idea for about a year before being accepted into Y Combinator’s First Batch, but it wasn’t meant to be. That summer, Google released its own desktop search feature, and Apple announced its Spotlight search feature for Macs. While Stone and Slowe decided to scrap the idea, Slowe joined up with Reddit’s founders. Stone, meanwhile, now works for Google’s Brain Team as a product manager for Cloud TPUs. 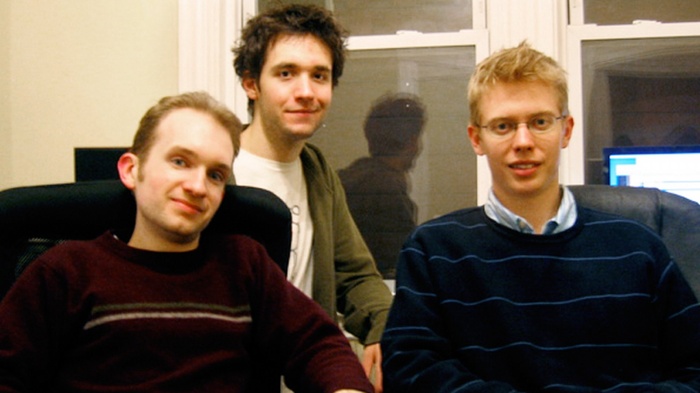 After the initial rejection of their first startup idea, MyMobileMenu, Alexis Ohanian and his fellow founders started work on “the front page of the internet.” That project, an idea that came from Paul Graham, turned into Reddit, one of Y Combinator’s most successful startups. When it was bought by Condé Nast in 2006, Ohanian was suddenly a multi-millionaire and one of Silicon Valley’s most revered founders, all by age 23. Since co-founding Reddit, Ohanian has founded several other startups and venture capital firms, including Breadpig, Hipmunk, Das Kapital Capital, and Initialized Capital. His wife, tennis superstar Serena Williams, also founded her own VC firm, Serena Ventures.

Steve Huffman, Reddit’s second co-founder, served as CEO of the company until 2009, then returned to the role in 2015. Although Huffman and Ohanian sold Reddit for $10 million to $20 million, Huffman later said that he regretted the decision, not realizing how popular the site would become. As of 2019, the company was worth $3 billion. Huffman went on to co-found Hipmunk, a travel search site, before returning to the startup that started it all.

Chris Slowe is still with Reddit as its CTO (and is a former CEO), but spent some years away from the company before returning in 2015. Slowe also worked for Hipmunk as chief scientist, citing the desire for change as his main reason for leaving Reddit.

Reddit’s fourth co-founder, Aaron Swartz, arrived late to the party when his own startup, Infogami, merged with the company. Later on, Swartz devoted his time to a number of social causes, helping launch the Progressive Change Campaign Committee to support online activism. He also founded the online group Demand Progress which led a campaign against the Stop Online Piracy Act in 2010.

In 2011, Swartz was arrested on breaking-and-entering charges on the MIT campus after illegally downloading academic articles from a university database. He was charged in federal court with two counts of wire fraud, among other charges, and faced 35 years in prison. Days after a rejected plea bargain and counter offer to minimize his sentence, Swartz was found dead in his Brooklyn apartment by apparent suicide. He was 26 years old. 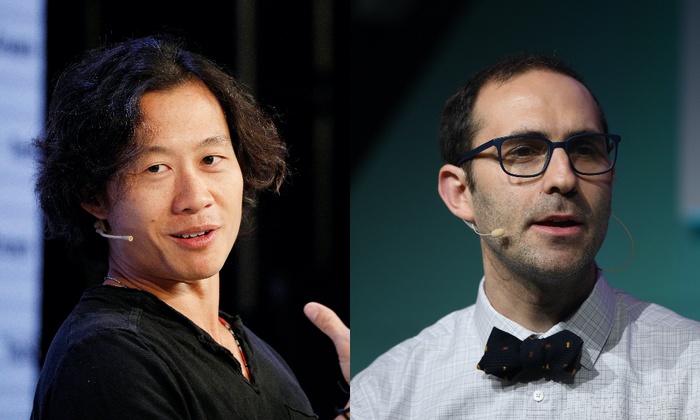 Justin Kan and Emmett Shear have found massive success since first signing up for Y Combinator’s first class. The founders sold their online calendar startup, Kiko, a year after graduating YC, when they realized the new Google Calendar would eclipse their own startup. Kan and Shear went on to found Justin.tv, a livestream site that Kan himself used to document his daily life for eight months. The two then founded livestream gaming site Twitch as a spin-off of Justin.tv, which has grown into a $15 billion business. 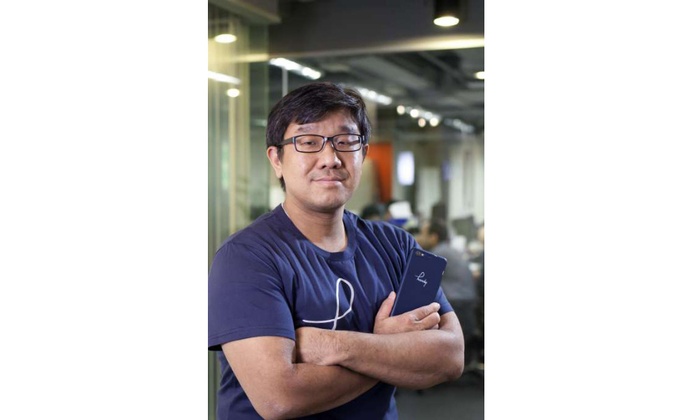 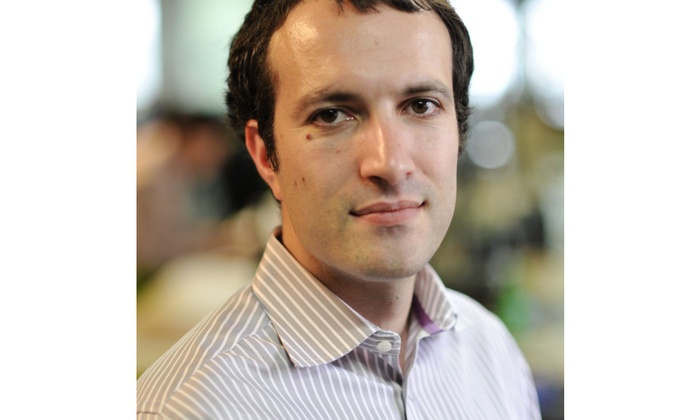 Clickfacts, one of the lesser known startups to come out of Y Combinator, was a malware software solutions company. After YC, its co-founders continued running their startup until its demise sometime after 2012. Although it didn’t generate much buzz while it was up and running, Clickfacts became the longest running startup from YC’s First Batch not to be acquired. Mikhail Ledvich, who was also a product architect at Clickfacts, today works for Bank of America as a VP and senior digital product consultant. 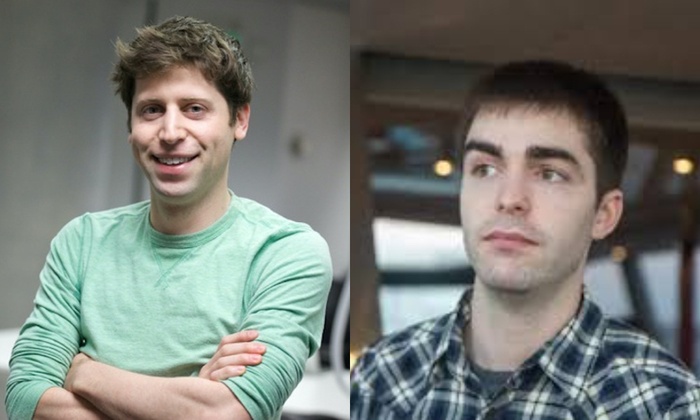 After Loopt failed to gain traction in the years following its run with Y Combinator, Sam Altman and Nick Sivo sold their startup in 2012. Since then, Altman has kept close ties with YC, first becoming a part-time partner, then president of the startup accelerator in 2014. Altman is also CEO of OpenAI, an artificial intelligence research startup he co-founded with Elon Musk. Nick Sivo has also spent his post-Loopt years at Y Combinator, maintaining their Hacker News site, though he’s largely stayed out of the public eye. 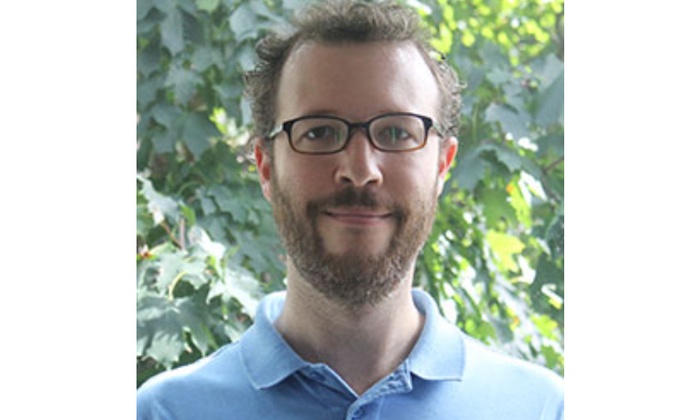 Founder, Simmery Axe
Where is he now?
Computer Science Professor at Northwestern University

Like some of the other startups to come from Y Combinator’s First Batch, Simmary Axe shut down not long after the summer program ended. Its founder, Jesse Tov, hasn’t spent much time as an entrepreneur since, trading the startup life for academia. He now teaches computer science at Northwestern University. Before teaching, Tov spent time with the U.S. Navy Fleet Numerical Meteorology and Oceanography Center. 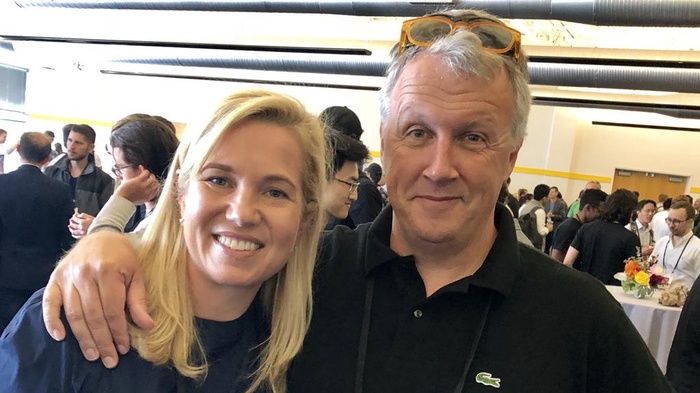 Founders, Y Combinator
Where are they now?
Both Graham and Livingston still run Y Combinator.

As for Paul Graham and Jessica Livingston, the husband and wife duo have ceased running the startup accelerator day to day, and now have a full-time staff. Graham, who stepped down in 2014, has been called a “startup guru” for the major companies that have come out of YC. In recent years, Graham has authored numerous essays on startups and company growth, becoming one of the greatest minds behind Silicon Valley in the process.

Livingston also had a hands-on role in the early days of Y Combinator. Before getting married in 2008, Graham and Livingston were dating while running YC, and according to Graham, the program felt like a family. Today, Livingston is on sabbatical, but lives with Graham and their two children in England.

Note: the names of founders 7, 9, and 12 aren't known, and their startups aren't listed on the Y Combinator page for the First Batch.