When (and when not) to buy Nintendo products: Discount percent over time

It's no secret that brands go through discounting phases, but seeing when they tend to happen can make you a smarter gamer.

Nintendo ($TYO:7974) is one of those brands, like Apple, that can be difficult to find in the bargain bin. Sure, you can find last year's Nintendo products heavily discounted (also like Apple), but chances are you're not looking for that.

Or maybe you are.

Either way, we were able to uncover exactly when GameStop ($GME) cycles its Nintendo products for discounting. It looks something like this:

At first glance, it may appear that Gamestop discounts Nintendo products at random, or when new products come out. That's partially true (see below), but the numbers do show a trend.

The best time to get a discount on Ninendo products at GameStop tends to be from late winter to early spring. The worst time - when GameStop discounts Nintendo the least - is in the summer and fall.

This makes sense, too. Gamers tend to have more time during the summer - either because of school breaks or summer hours at work - so GameStop doesn't need to drop prices in order to catalyze sales. In the late winter, when people are busy with school or after they're already bought (or received) the games and consoles they wanted for the holidays (and they're back at work), GameStop bumps up discounts to bring in customers.

It wouldn't be fair to look at this data without considering Nintendo's product cycles, of course. The highest spike in Nintendo discounting at GameStop occured in March, 2017, right when the Nintendo Switch came out. That makes sense, too, as the retailer was likely clearing out Nintendo WiiU inventory in order to make room for the newer Switch hardware and software (in fact, when we looked at March, 2017, we found heavily discounted amiibo figures as well as a large number of previous console games discounted as much as 50%). 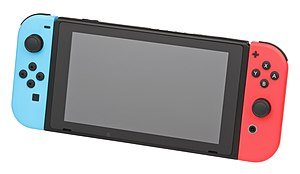 Interestingly, the lowest average discount for Nintendo products at GameStop occured in the fall 2016 leadup to the Switch's official announcement.

Not to say that those things are directly related, but it's something to think about the next time you decide to get in - or out - of the Nintendo gaming ecosystem.