The ambitious, bold and hungry start their week with The Business of Business!
Markets
7.30.19   12:08 PM Markets

Used car prices are at highest levels in three years

It is busy (and expensive) used car shopping season across America, and at CarMax ($NYSE:KMX), the largest used car dealer in America, the average and median-priced used vehicle is at its highest level in three years, and it may ...

It is busy (and expensive) used car shopping season across America, and at CarMax ($KMX), the largest used car dealer in America, the average and median-priced used vehicle is at its highest level in three years, and it may be due to the drastic shift in consumer automotive trends.

As we mentioned last year, August is usually an expensive season for those looking to buy a used car. However, in looking back in the past three years of data, the average used car price has peaked over $22,000 as of a few weeks ago, and is only a few hundred dollars under that mark as of this past weekend.

The median price of used vehicles, a new metric we are tracking through our platform, is also matching a three-year-high right at $20,000.

Why might this be the case? We have a few suspicions, the first being supply and demand. We already knew that there are less VINs tracked through CarMax's website from March to August, but the number of cars on CarMax lots is far from rock bottom numbers we have seen in years prior.

Coupled with this is mileage, although there does not appear to be a correlation between low mileage and average price. In fact, the average mileage for a used car on sale at CarMax is still creeping up as it did in August during previous years.

With the car count and mileage not giving enough correlation, the third cause for price hikes could be the types of makes and models that are becoming used vehicles. By proxy, this new high in mean and median average car price may be due to the overall trend in what consumers are putting on the road: bigger cars, such as Sport Utility Vehicles, Trucks, and Crossovers that can fit the whole family.

An analyst from J.D. Power specifically earmarked a bigger demand for those vehicles over sedans, which are more expensive than their compact car counterparts by design. Most of the cars hovering around the $20,000 range are those family cars with a couple tens of thousands of miles on them, such as this Jeep ($FCAU) Grand Cherokee: 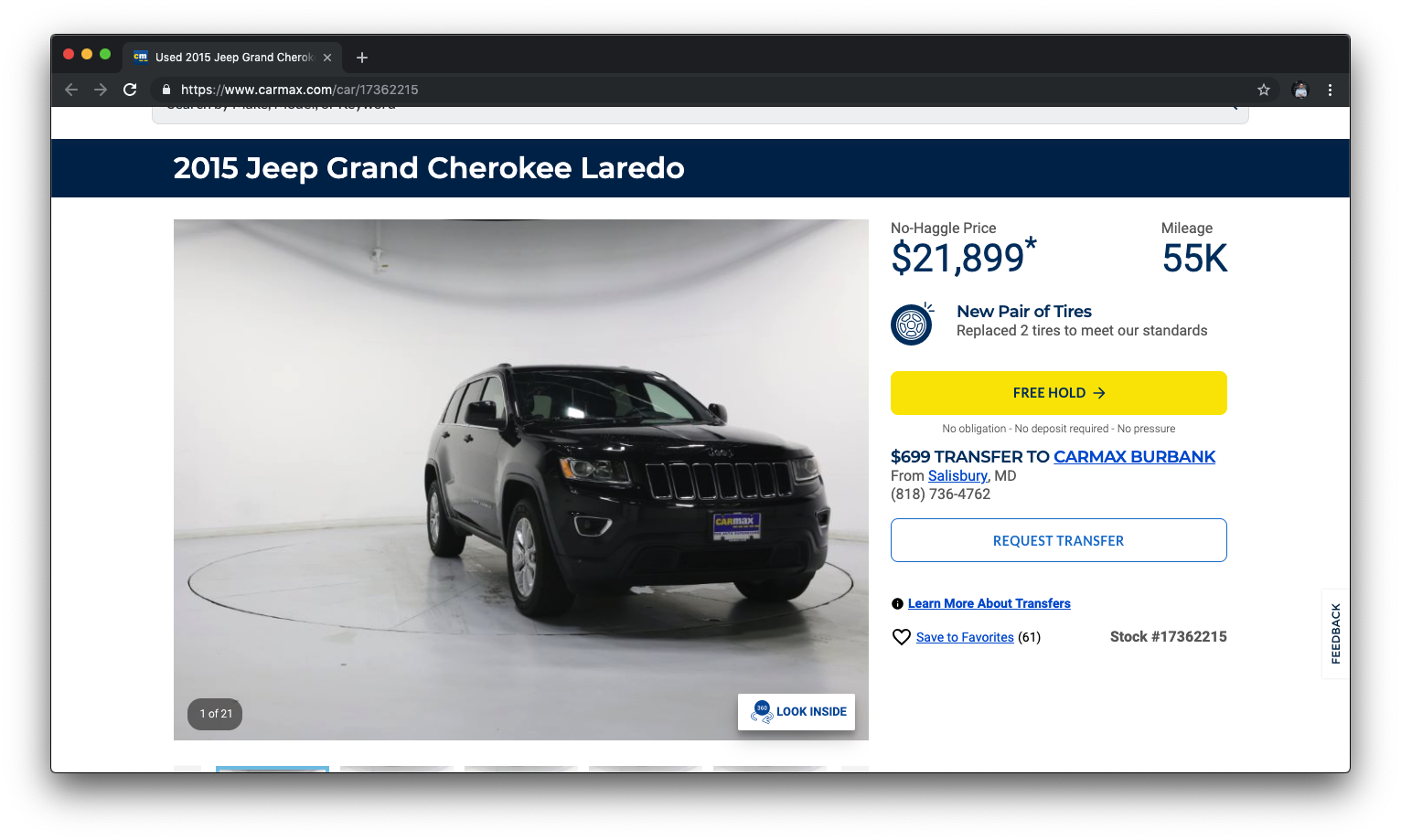 There is also an influx of midsize sedans from luxury carmakers, such as BMW ($XETRA:BMW)... 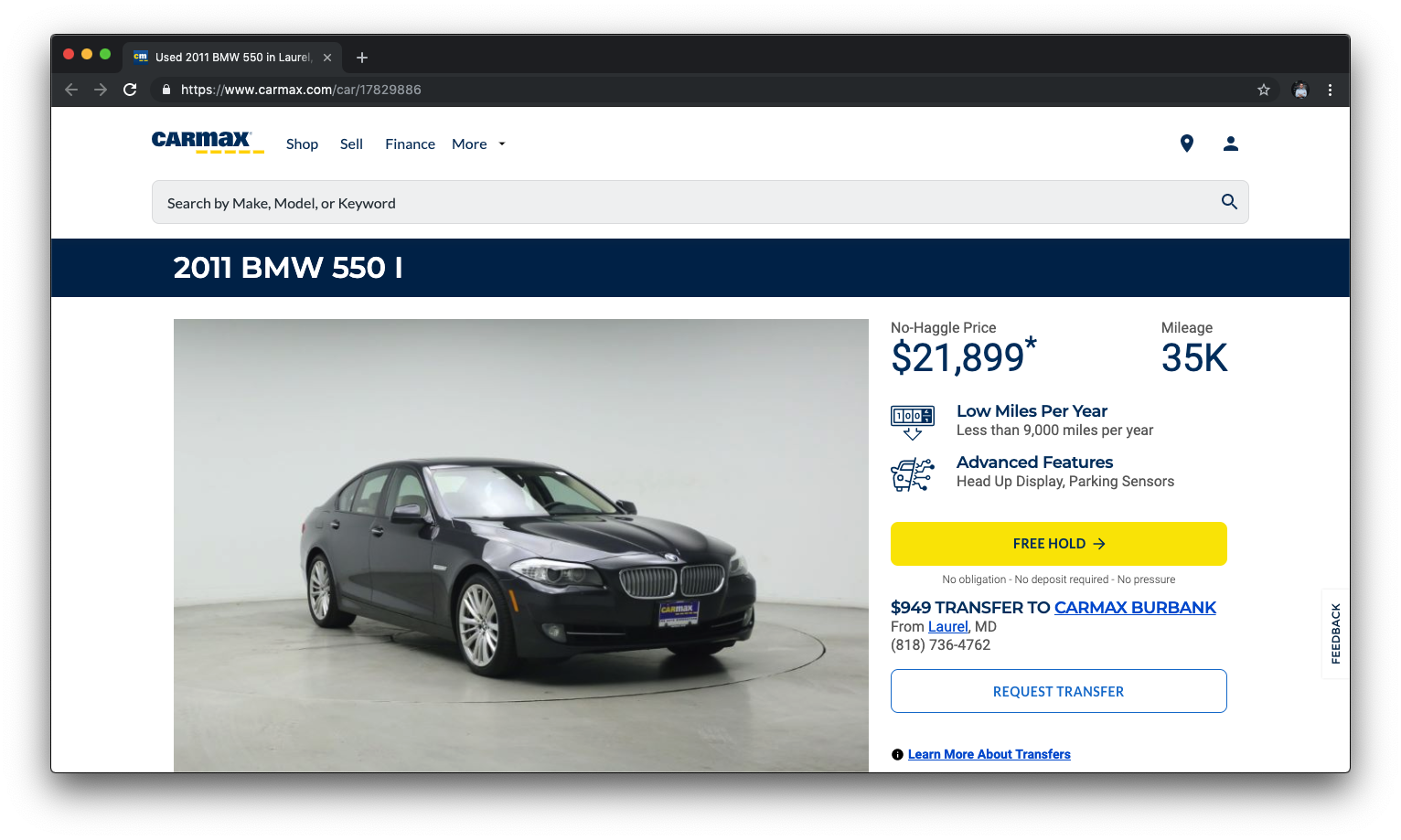 ... as well as those that are well-known for reliability among consumers, like Honda ($HMC) and its Accords.

So for consumers who aren't in the market for bigger cars, CarMax poses the question of a new "cheaper" vehicle, or a used "luxury" vehicle. In other words, consumers may be asking themselves why they would drive a less flashy car when they could only spend $22,000 for a Beemer, or why they'd chance a new car when someone else "worked out the lemon" factor for a year.

The dozens of new cars you could buy instead

The trio of cars above represent the "average" car you'd find at CarMax for the average and median prices.

What's surprising (or not) is that there are a ton of options for those who have $22,000 to spare on a car... Because they could buy one of dozens of new compact cars, sedans, and even crossovers and SUVs.

Here's what you could buy used for under the price of the average used car at CarMax, starting with the smaller cars (i.e. Subcompacts) and ramping up to the larger stock.

(Note that these vehicles are for 2019 base models at MSRP. Different trims, accessories, or other packages would affect MSRP.) 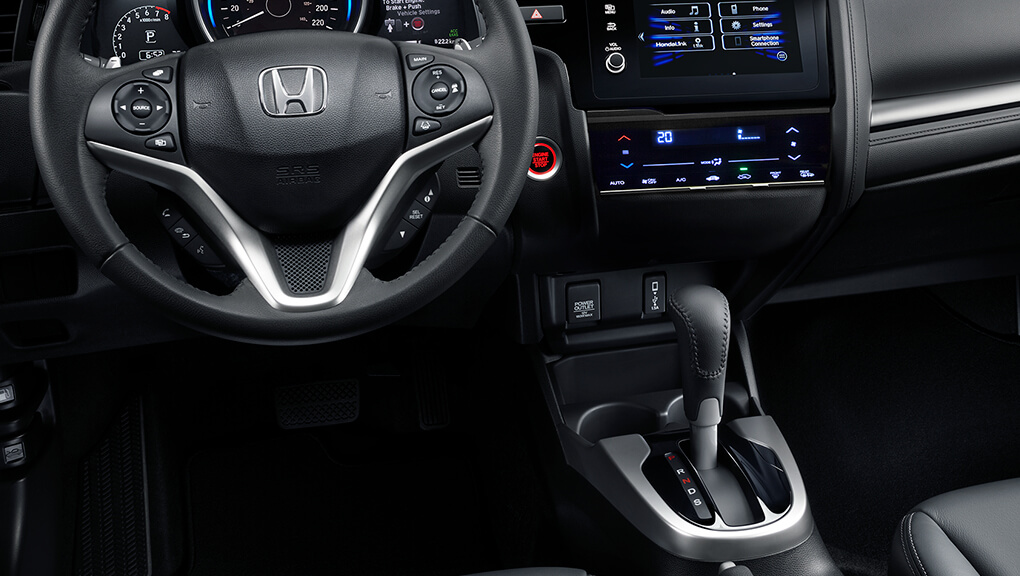 Want a Honda? The Fit is a 5-door car whose most expensive trim - the EX-L - comes with a leather-trimmed interior for less than the average used car price. (Credit: Honda)

For the majority of these vehicles, maxing them out at the top trim levels with all the bells and whistles would still put you under the average price of used cars at CarMax. However, you are getting what you pay for: a smaller car compared to the midsize sedans and SUVs sold at the used car retailer.

Still, these cars have four wheels, a stearing wheel, and more features than one would expect from a "cheaper car," with some having backup cameras and other safety tech, or even leather upholstry and Apple/Android connectivity. 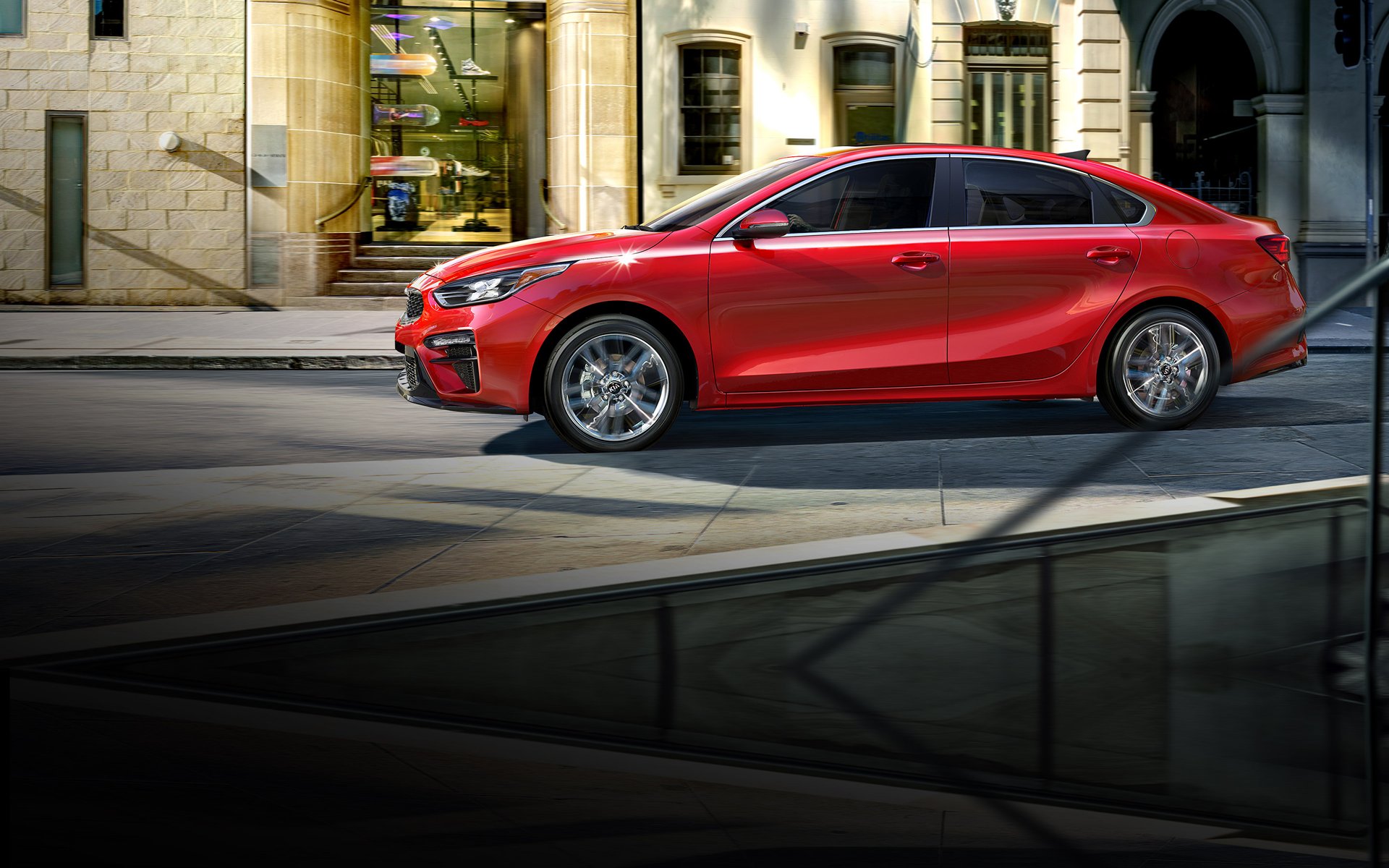 U.S. News rated the Kia Forte to be the best compact car in its class for 2019... And even its most expensive trim has an MSRP under $22k. Credit: Kia

Is a subcompact too small? There are plenty of compact sedans that cost less than $22,000, and are suprisingly roomy compared to their mid-sized counterparts. While it isn't on the bulky side, it is not as small as a Volkswagen Beetle and still packs plenty of features. Plus, with the 2020 models for some of these vehicles coming soon — or even out now — dealers might be more inclined to give away a more expensive trim or accessories at a discount for 2019 mod. 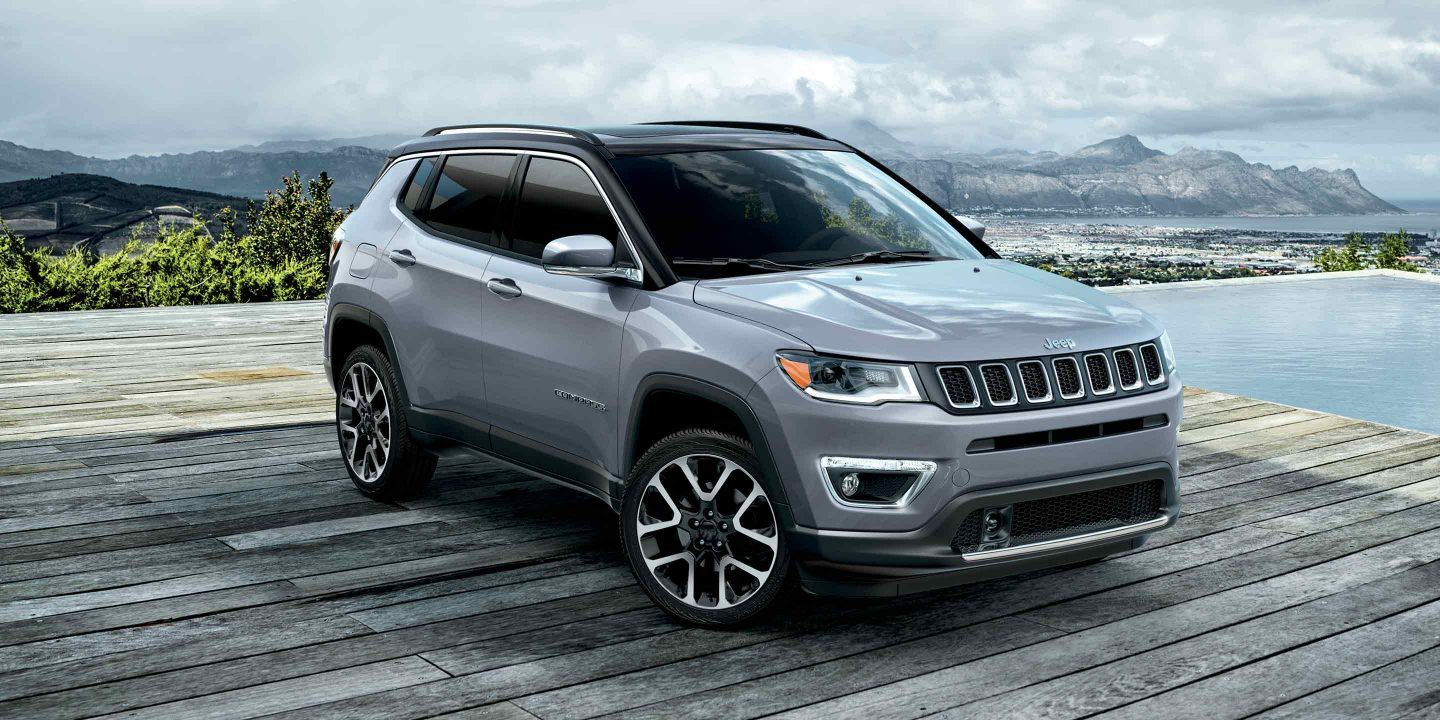 The Rest, and Bulkier, New Fleet

Okay, so the 20+ cars above could sway someone looking for a sedan away, but what about a car that fits the family?

Surprisingly, there are a few new vehicles whose base models clock in at under $22,000. And, with model year-end incentives starting to roll out, it is definitely possible for someone to walk in and get a sparkling new SUV or crossover with some bells and whistles for less than $25,000.

Here's the selection that these consumers would have for bigger vehicles:

So why don't consumers just buy new cars, especially given that some of them pack new safety features and better warranties? It could come down to an issue of creditworthiness - or a lack thereof - as CarMax custom tailors rates depending on a shopper's credit score.

Of course, we could just blame the millennials and walk away, or, as we are seeing through the data, digging deep to find that those who are interested in cars are going through the used car market, and dealers are taking notice.