The ambitious, bold and hungry start their week with The Business of Business!
Outcasts
3.10.22   8:02 PM Outcasts

When Steven Gallagher, aka “Alex DeLarge” on Twitter, was arrested on pump-and-dump charges last October, other penny-stock traders on the social media platform began pointing fingers at each other on the expectation that he was just the first to be caught.

But now Gallagher, a 51-year-old Maumee, Ohio resident, has pleaded guilty to fraud relating to just one of the six stocks he was initially accused by prosecutors of hyping, leaving questions as to whether a probe into the bigger issue is quietly dying down.

“I don’t get this,” a person going by the handle @BrokeDayTrader tweeted on Feb. 25, after Gallagher pleaded guilty in Manhattan federal court. “These no-name people keep getting charged but the BIG Fish keep pumping?!”

DeLarge, who used the account  @AlexDelarge6553 (now private), certainly acted the part of a big fish on Twitter before his arrest. The day-trader amassed over 70,000 Twitter followers by touting stocks, using the name of a fictional psychopath, the main character of the movie A Clockwork Orange, as his pseudonym.

Federal officials have taken a special interest in stock-pushing on social media since retail traders on the subreddit WallStreetBets powered a 1,600% surge in the shares of video game retailer GameStop in January 2021.

On Twitter, there is a vocal contingent of users who focus on penny stocks — so named because they are often worth just fractions of a penny — which can be even more volatile. As highlighted in the movie The Wolf of Wall Street, about convicted fraudster Jordan Belfort, some penny stocks are for companies that are mere “shells,” without real operations.

That was the case with the stock Gallagher admitted to illegally pushing. SpectraScience, ticker SCIE, is an inactive medical device firm which apparently has no headquarters, no assets and no website, but is still traded over-the-counter.

Gallagher used Twitter to “misrepresent the nature of his personal financial stake in the securities of SpectraScience Inc. (SCIE) in order to induce others to purchase SCIE stock, and thereby drive up the price” while he secretly sold the shares, according to the securities fraud charge he pleaded guilty to. He netted $22,000 from the scheme, which will be forfeited, the government said.

How the scheme was carried out

Describing details of the crime, government investigators said Gallagher collaborated with a “team” of associates, over Twitter DM, to push the stock even though one associated called SCIE as “just a shell with no guts.”

Gallagher started buying millions of shares of SCIE in December 2020, the government said. From Dec. 7, 2020 through the end of January 2021, he posted dozens of tweets touting the stock, even as he started to sell off shares.

For instance, after selling off a substantial portion of his SCIE holdings on Jan 28, 2021, he tweeted a screenshot of a buy order for one million shares with the text, “Ok one more mill averaging up! Haven’t sold a share. $scie #buyscie buy the ask sell the ask. Most are! Some arnt!!” 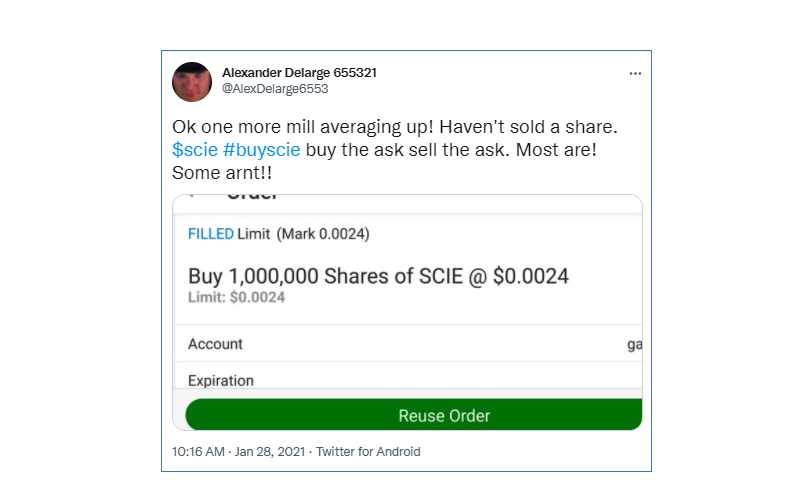 On Feb. 11, 2021, the SEC temporarily halted trading in SCIE over the concern that “certain social media accounts may be engaged in a coordinated attempt to artificially influence the share price.” At least two Twitter users lost thousands of dollars in SCIE based on Gallagher’s misleading posts, according to the government. He is scheduled to be sentenced June 27.  Although he faces a maximum of 20 years in prison, he's likely to get much less based on typical sentencing practices.

“Mr. Gallagher accepted complete and total responsibility for the Tweets he issued in late January 2021 regarding his financial position in SCIE, and he apologizes and expresses remorse to those Twitter followers who purchased SCIE in reliance on those specific Tweet,” his lawyer Eric Rosen told The Business of Business.

Rosen continued: “He looks forward to putting this issue behind him, working to make amends to family, friends, and the Twitter community and continuing to fundraise for the ‘V Foundation’ to find a cure for cancer, a cause near and dear to Mr. Gallagher’s heart.” (“HELP KILL CANCER” is a message Gallagher posted in his Twitter bio.) 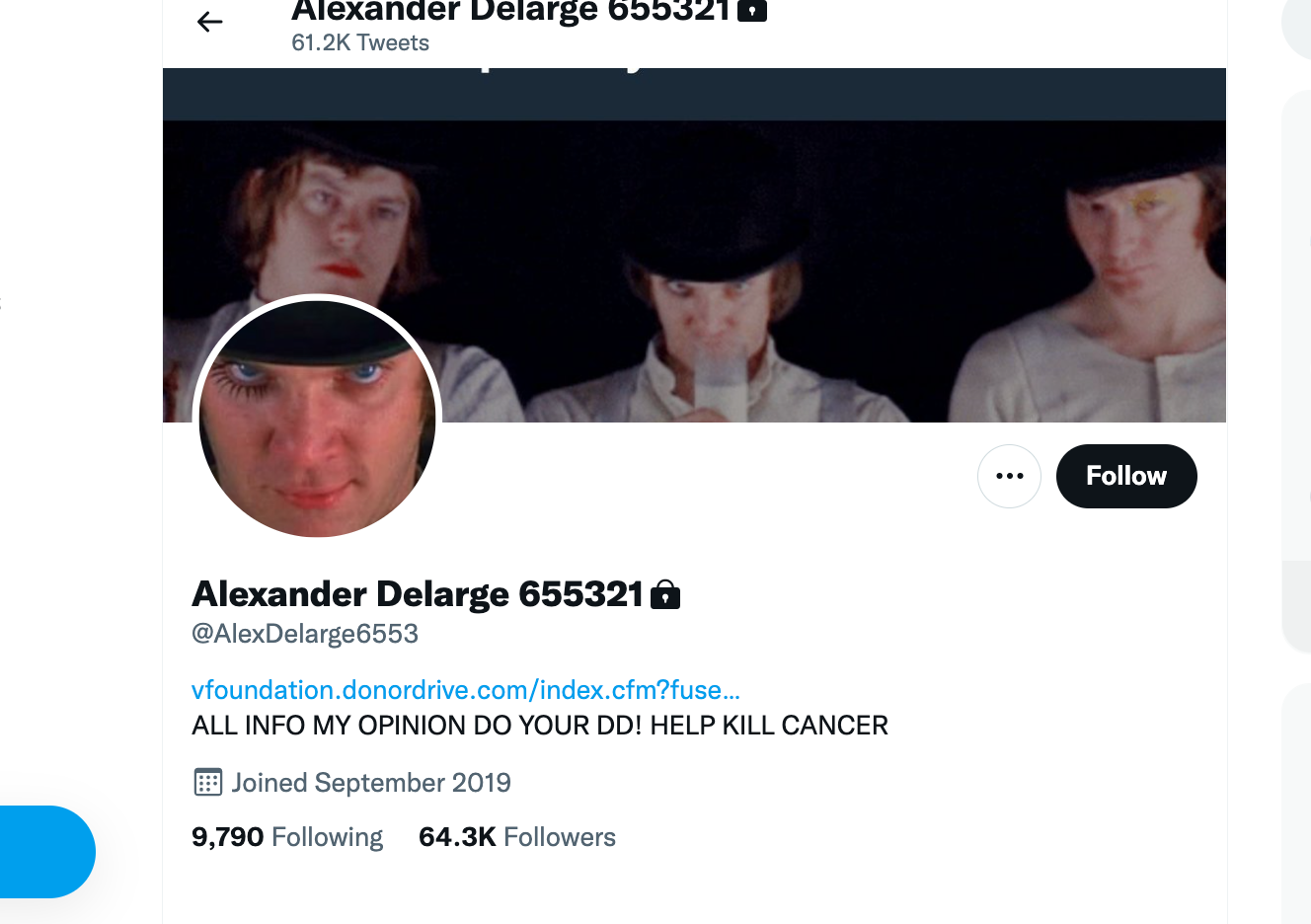 The matter is not entirely in the rearview mirror, though. Gallagher still faces a parallel civil suit filed by the SEC over as many as 60 stocks, which he allegedly pumped and dumped to reap a total of $3.4 million. Unlike the U.S. Department of Justice, the SEC can’t have offenders thrown in prison for securities violations, but it can seek penalties and disgorgement. Rosen said Gallagher is fighting those allegations.

Meanwhile, other Twitter users are still speculating about whether there will be more fallout to come.“Wondering who will be the next one,” one Twitter user ventured in February, referring to other Twitter stock pumpers. Another said: “So these people don’t think they are gonna get caught?”