The ambitious, bold and hungry start their week with The Business of Business!
Tech
5.3.18   3:15 PM Tech

The Fire Stick and Echo dot - both under $50 - were Amazon's top-10 devices for the month of April.

When it comes to selling its own electronics, Amazon ($AMZN) has a massive advantage: being America's largest e-commerce platform. This means that it can heavily promote its own lineup of electronic devices, from Fire media streamers, to Kindle e-readers, to Echo speakers. And Amazon does just that: its own products are pushed heavily across all electronics subcategories at Amazon.com.

Amazon has only been in the electronics game for just over a decade - it released the Kindle e-reader in 2007. Since then, it's launched the Kindle Fire tablet readers, Fire TV set-top box media streamers, voice-enabled Echo smart speakers, and a doomed Fire Phone smartphone (it was discontinued in 2015).

So which of these are selling best - and worst? At least in April, the Fire Stick dominated Amazon's sales charts, sitting at rank #1 for 20 out of 31 days in the month. Echo Dot came in at a relatively close second place, with an average rank of 2.53 for 17 days of the month. What's particularly interesting is that both of these products sell for under $50.

With that, here are the top-10 - see below for information about how we pulled the list. 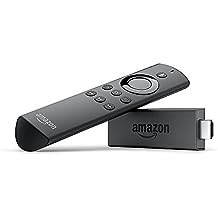 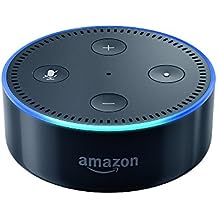 Amazon's Echo Dot came in second for April, 2018. For just $49.99, this product gets customers into the Alexa speaker game, complete with music playback, smart home control, phone calls, texting, and access to thousands of Alexa skills including everything from voice-activate games to ordering an Uber to pick you up.

We look at sales-rank data for all Amazon products across all categories on a daily basis. For this story, we filtered for Amazon's "Electronics" category and then grouped by product name and category rank to get a count of how many days each product appeared in Amazon's top-product sales ranks. We then looked at products that appeared in the top-selling ranks for at least half of the month. Thinknum subscribers can see the raw data here.