The ambitious, bold and hungry start their week with The Business of Business!
People
10.24.18   8:18 PM People

These are the top-10 bestselling Halloween costumes on Walmart.com

Nine-out-of-ten of the best-selling Halloween costumes are based on Disney characters.

Halloween is only one week away, and by now, you probably have costumes picked out for you or your kids...

The big box retailer with the most store locations in America is also a major supplier of Halloween costumes across the country, making it a prime indicator of what kids and adults are going as this season. Some of its most popular costumes are even sold out by now, as parents from around the world have bought out some of the best-selling costumes of the season...

To clarify our methodology, Walmart.com categorizes Halloween costumes under several different groups, with the most popular ones being "Party & Occasion" and "Seasonal." It ranks all items in that category from 1-100 daily, so we've selected costumes from these categories, averaged their sales-rank data against all other products in those categories, and counted the number of days those products to estimate which ones sold the most over the past month. 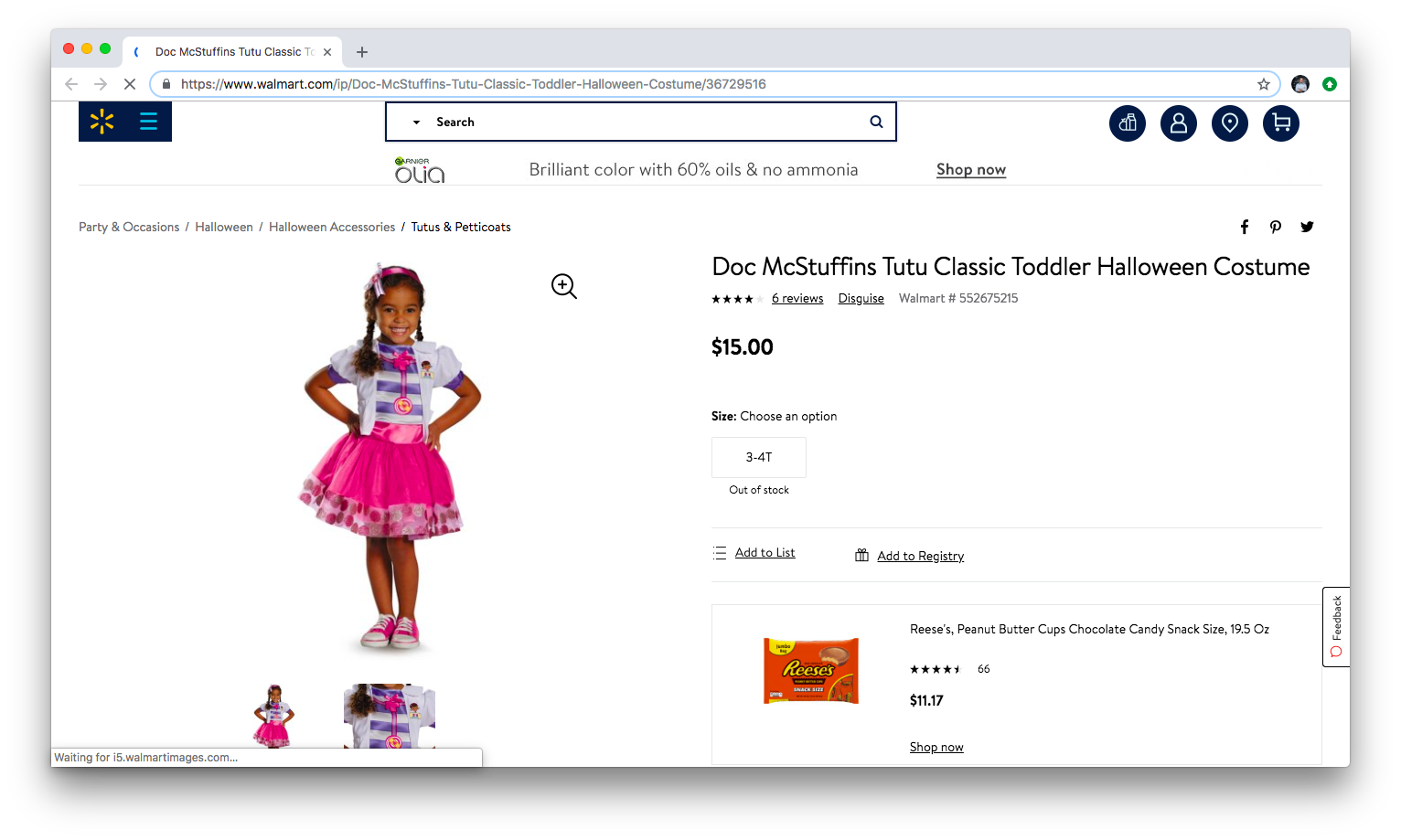 This costume is based on the title character of the Disney Channel show "Doc McStuffins," which debuted on March 23, 2012.

The show's run is set to end after its fifth season, which debuts later this week. However, re-runs are aired regularly on both Disney Channel and Disney Junior. 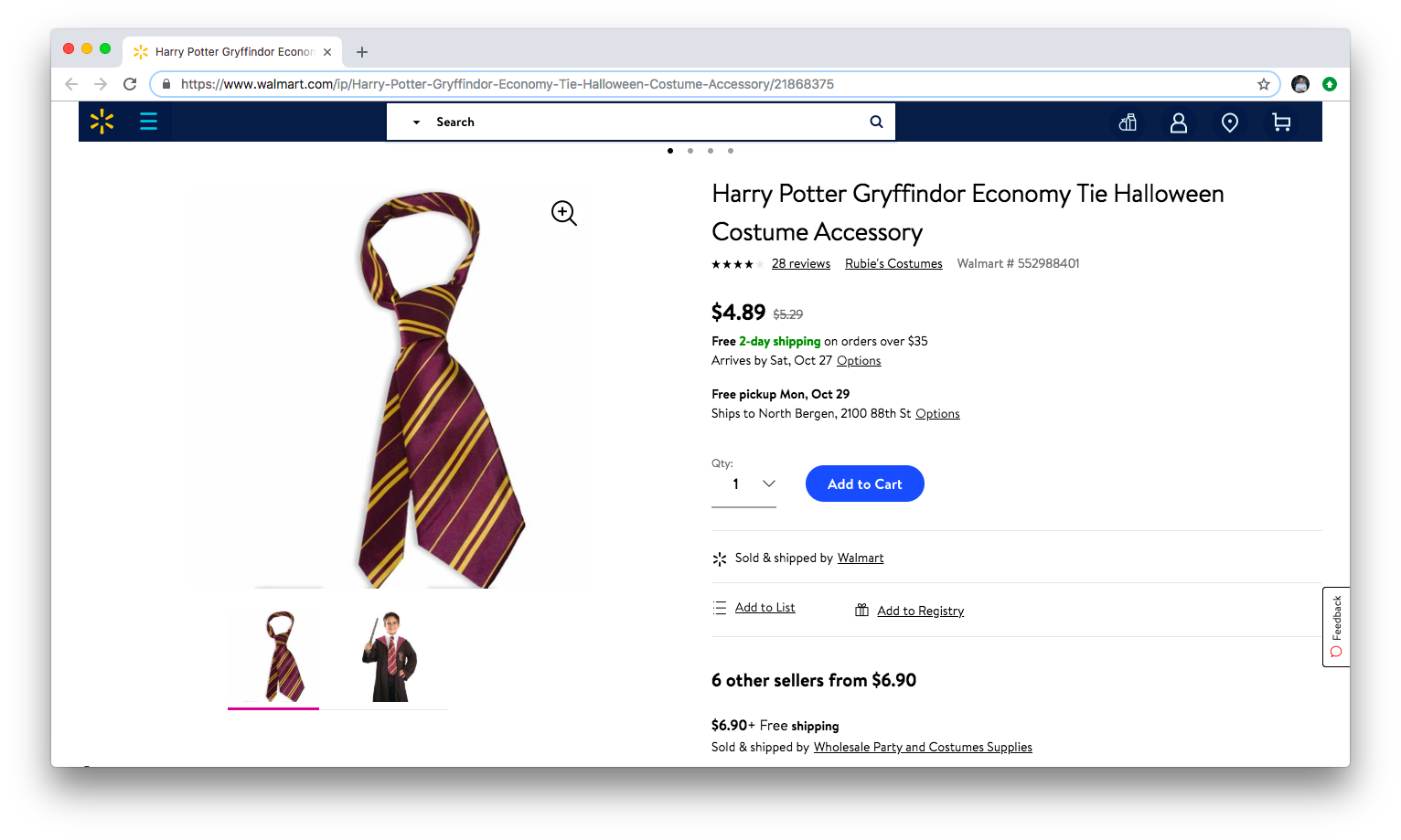 The only non-Disney item on the list, this Harry Potter tie comes from a movie series that hasn't had a new film since 2011.

Still, that doesn't stop kids from dressing up as a member of the same wizarding house as the Boy who Lived. 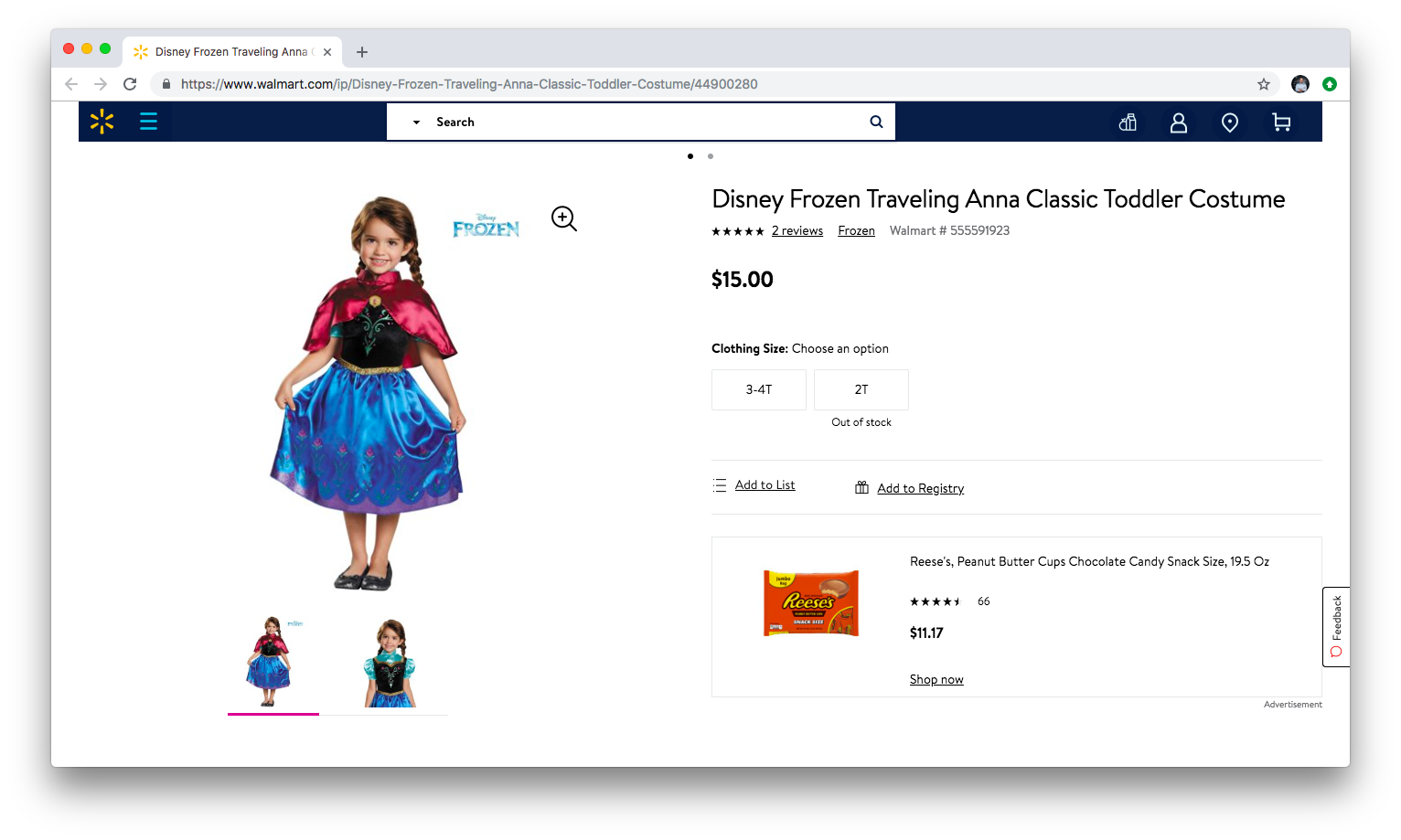 For this costume, we had to combine two identical listings of the costume: one that listed "Disney" in the name and the other that didn't.

There were only four left of this costume in size 3-4T when we screen captured it from the Walmart website, and it was only for in-store pickups. 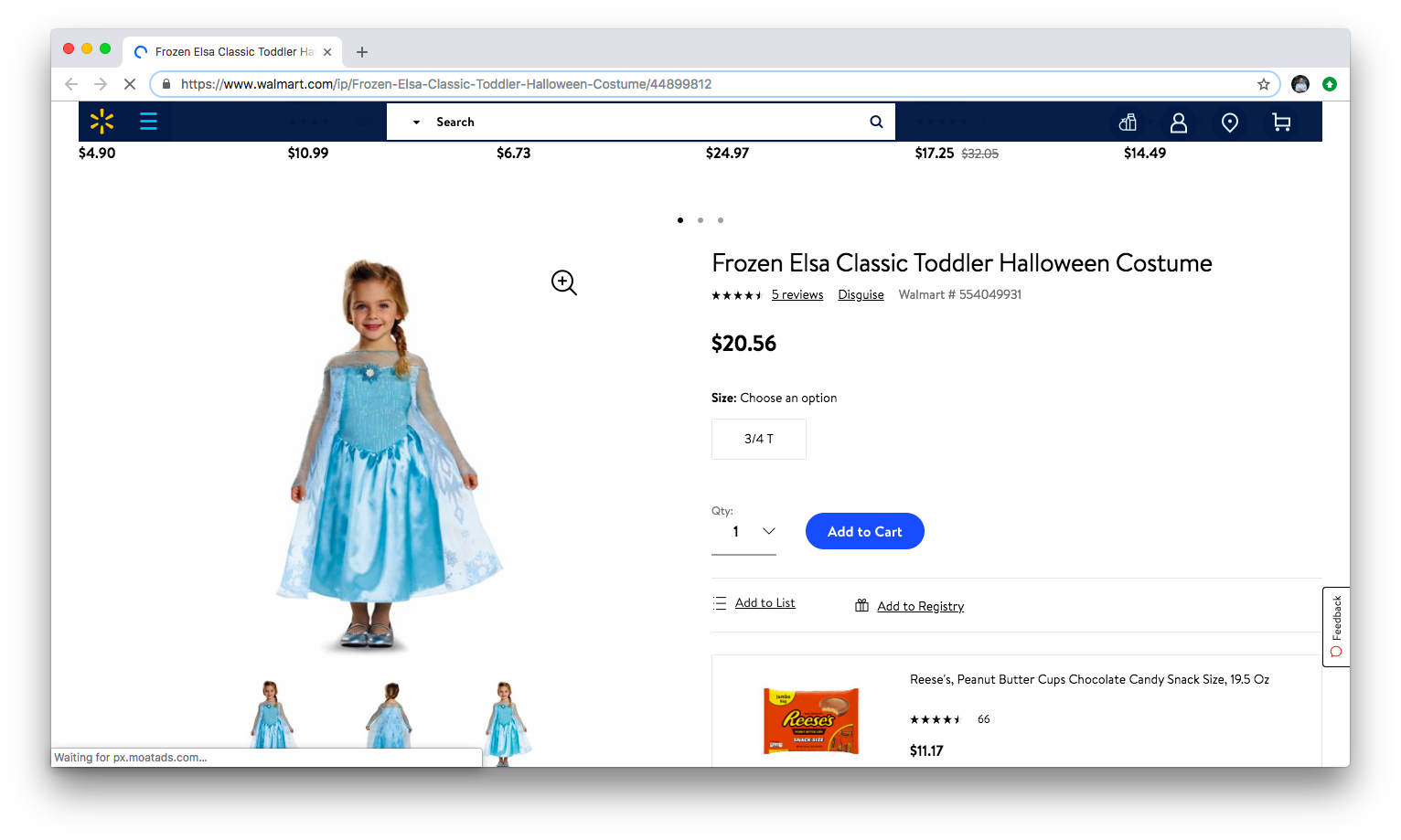 The ice queen is still here after nearly five years of being shown to children around the world.

This costume also continues a trend of toddler costumes dominating the bestseller rankings in this specific category, one that also includes the number-one bestseller on the list.

The cheaper version of an Elsa costume, of course, sold out quicker and was a top-seller in the "Party & Occasion" category. In all, three out of the top-five costumes in this category were from the same movie, which is a true testament to how much it was (and still is) a home-run for Disney among children for nearly half a decade.

Bear in mind that it was ranked in the top-10 not just in terms of all Halloween costumes, but against all other items in that category. 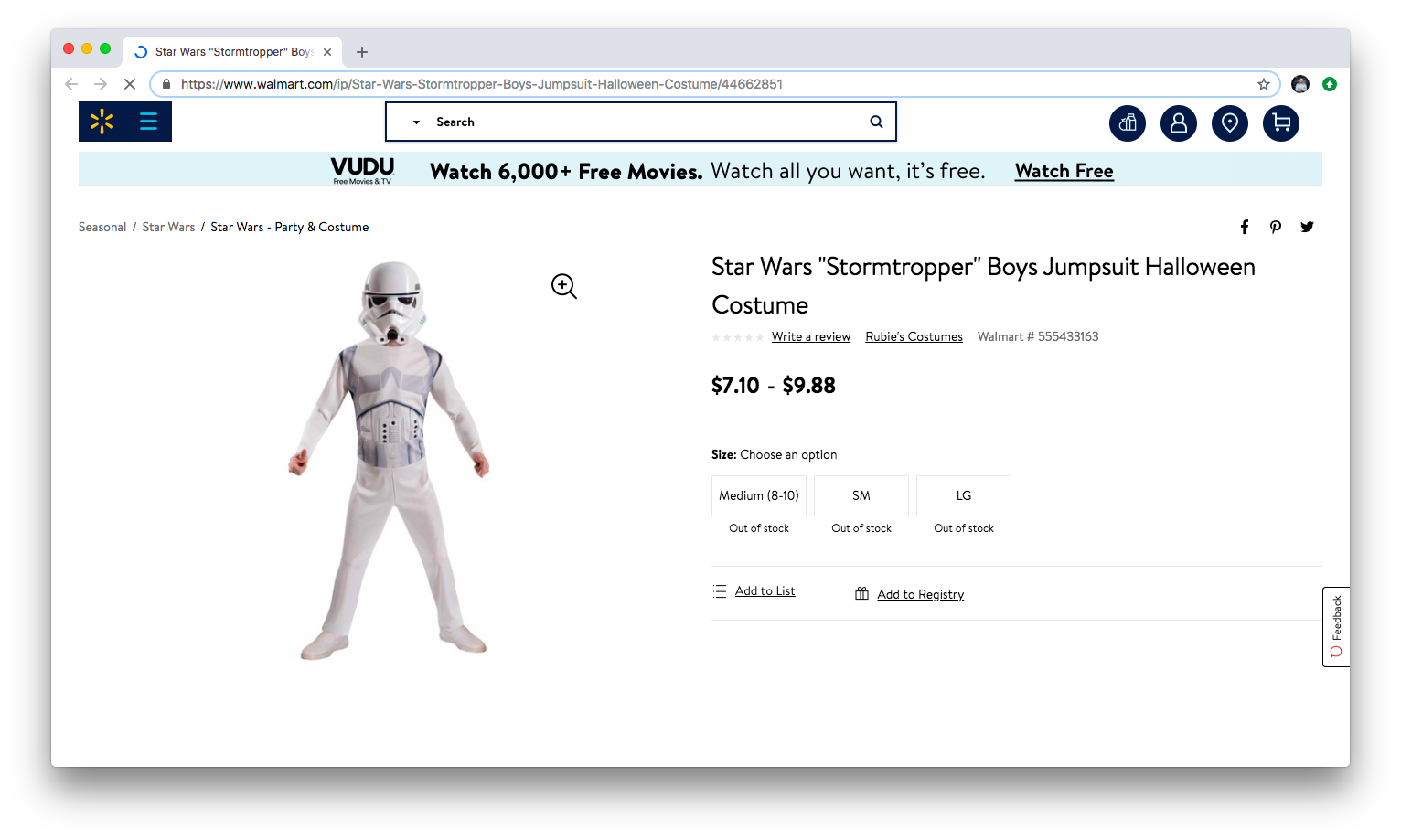 The first kids sized costume on the list appears within the top-50 items in Walmart.com's seasonal section, as it ranked within that threshold for 30 consecutive days.

And no, we didn't make a typo; on the website, the costume is listed as a "Stormtropper." 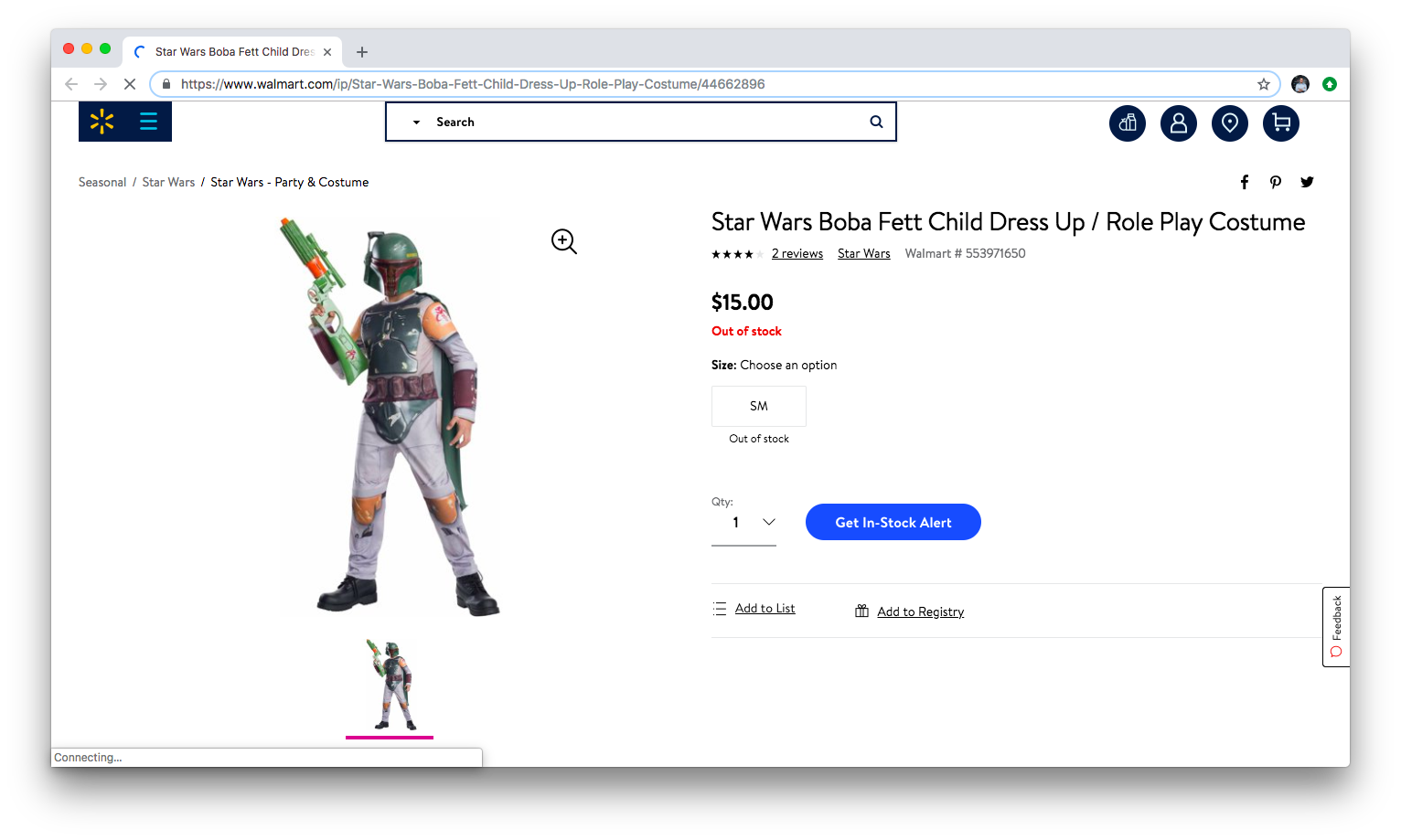 The only named Star Wars character to make the top-5, Boba Fett is actually getting his own film eventually. For the meantime, kids might know him from the cartoon TV version of the franchise in Star Wars: The Clone Wars, or from the original trilogy of the movies (that their parents made them watch after they saw the sequels). 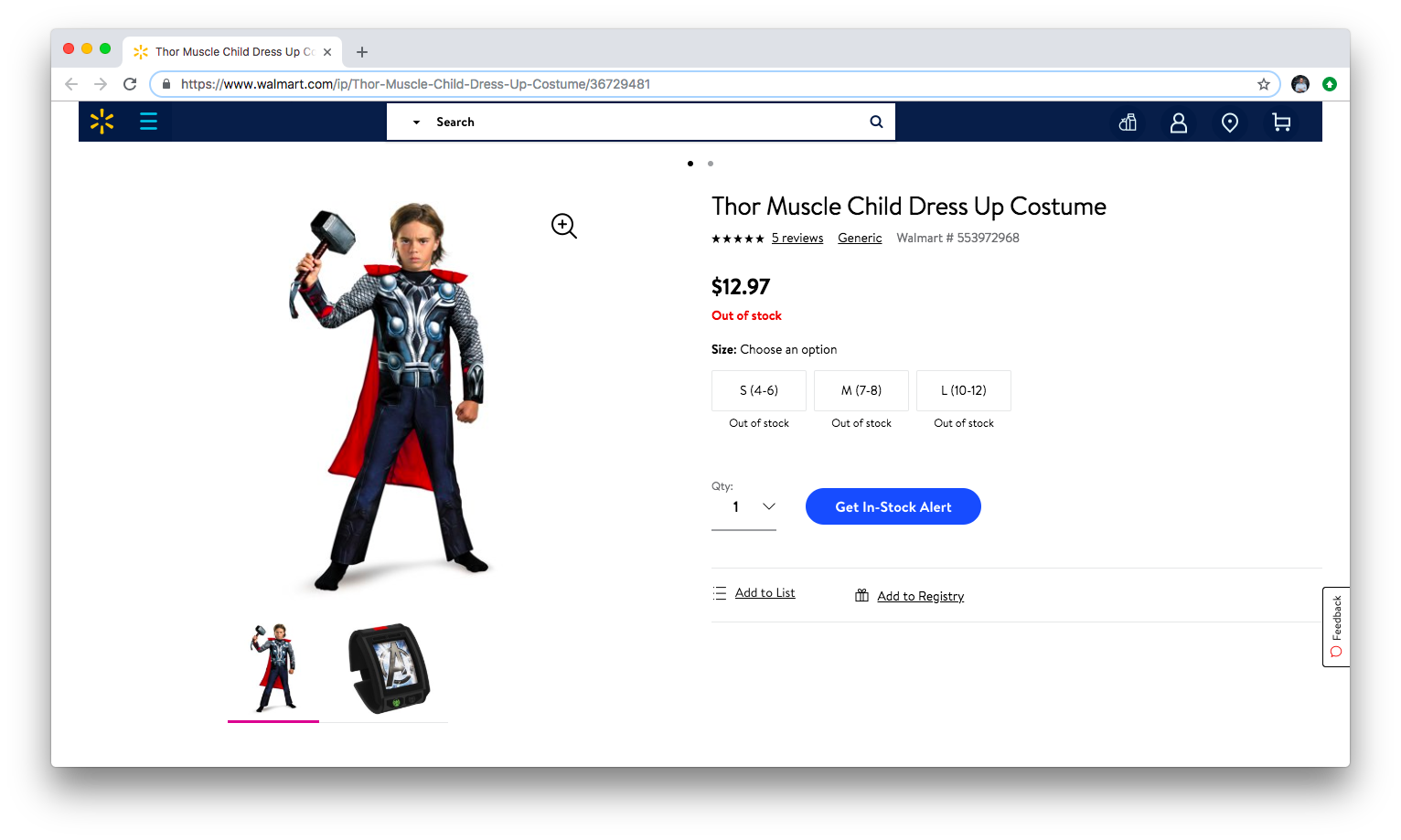 The God of Thunder probably got a boost from the recent Marvel movie Avengers: Infinity War, where Thor... Well, we won't spoil the movie for you here.

Unlike the other items in this category, this superhero costume only appeared in the top-100 for two-thirds of the past month. While it does rank highly across its days listed as a best-seller, it most likely didn't sell as well as its peers. 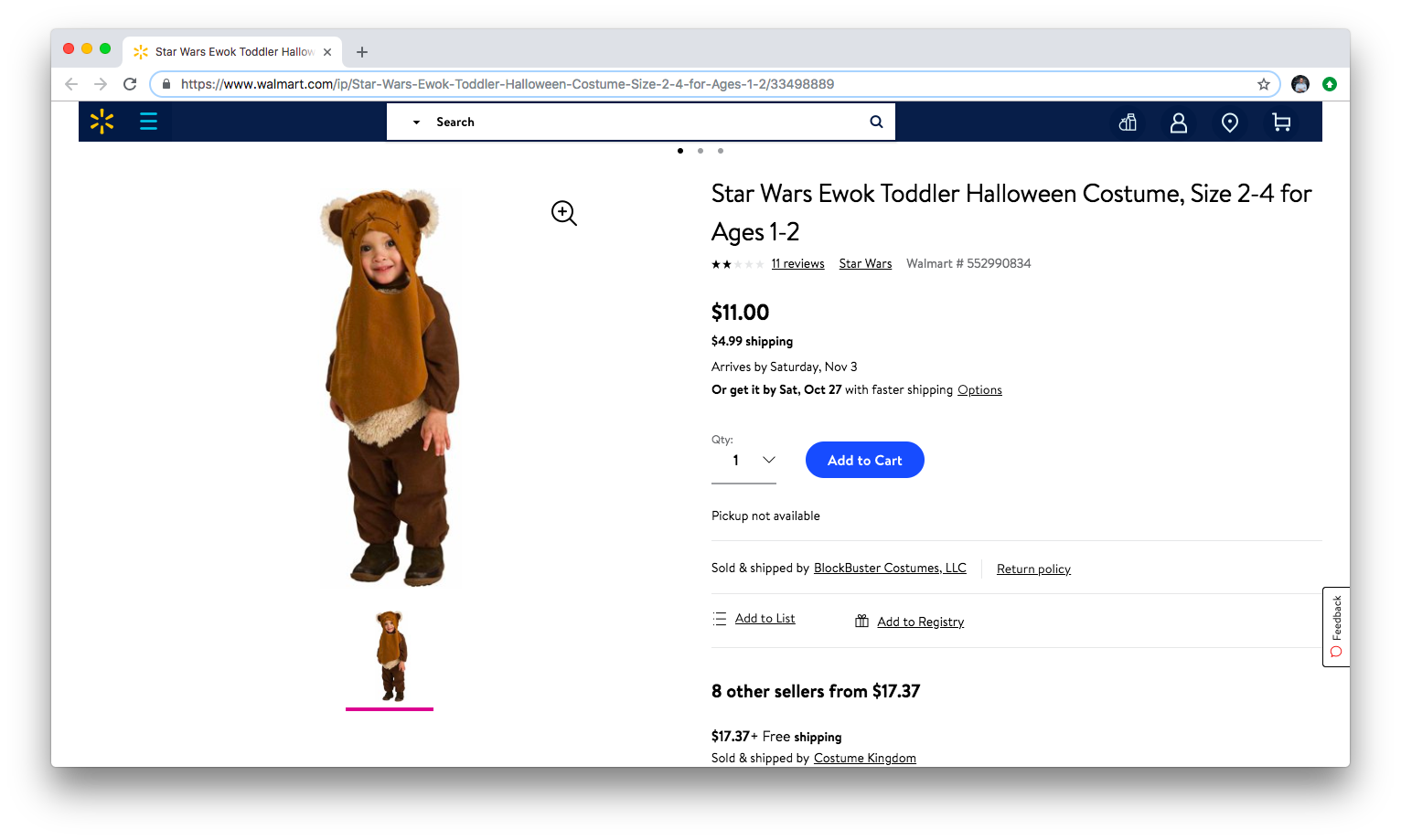 Parents who are Star Wars fans haven't flocked to this one as quickly, as when we last saw it, it was still being sold on the website.

Still, for $11 and shipping by October 27, this might be a last-minute deal on a popular costume that could sell out just as fast. 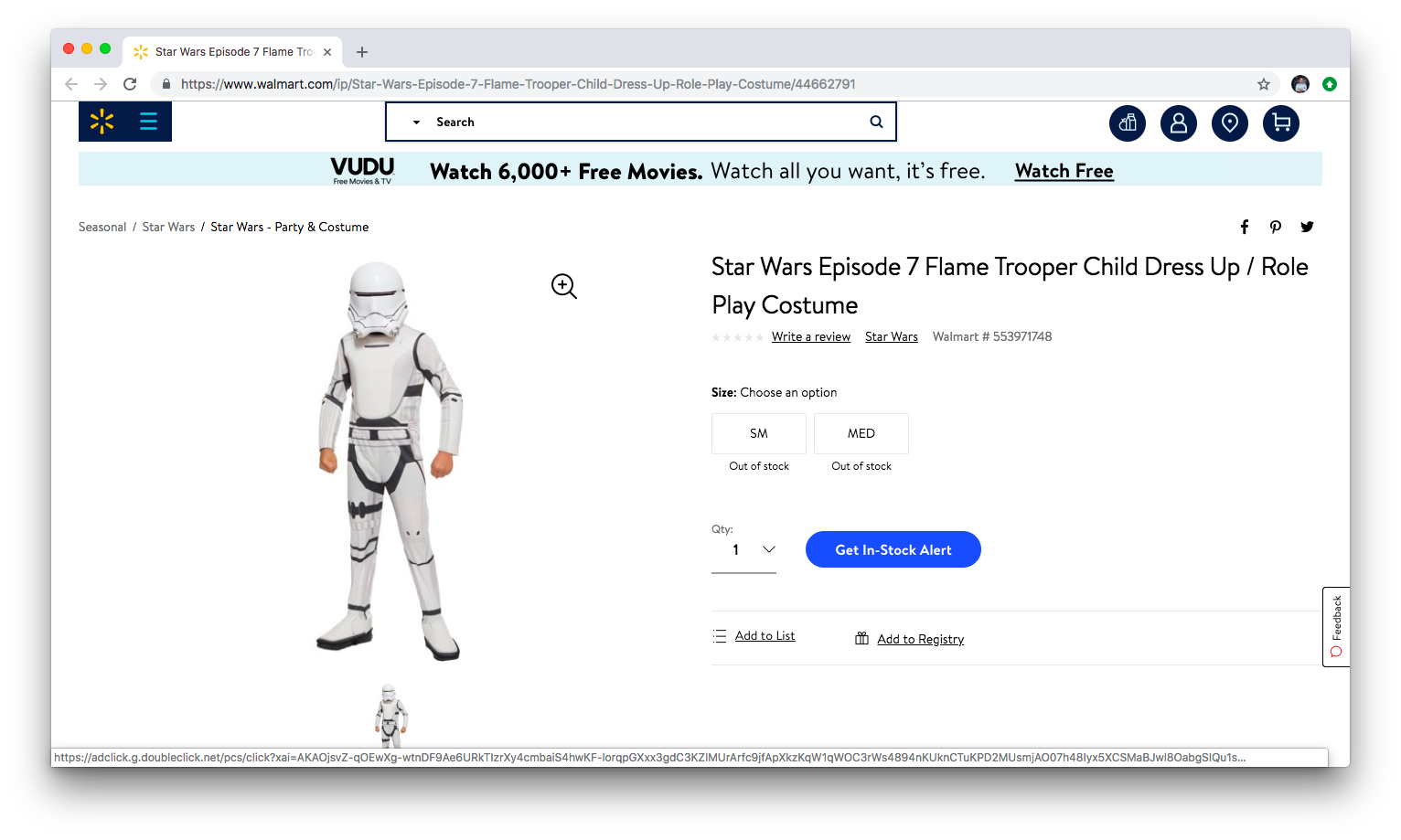 The Galactic Empire is apparently recruiting a lot this Halloween season, because both Flame Troopers and Stormtroopers are bookending this category.

Much like Frozen, Star Wars dominated its own category, putting up four costumes out of the five listed well within the top-100 over the past month.

While there are other costumer retailers out there and many people who decide to go DIY with costumes, data from Walmart shows that some kids still get dressed up as Anna or Elsa from Frozen almost five years after the movie's original release, while others opt for Star Wars characters after seeing Solo or The Last Jedi in the past year.