The ambitious, bold and hungry start their week with The Business of Business!
Markets
10.12.18   2:28 PM Markets

Tiffany & Co. hiring on the rise for holidays despite Asia market slowdown

Investors sold off luxury stocks earlier this week, including that of jeweler Tiffany & Co. Despite hiring being up, store closures in Asia markets may hint at trouble ahead.

China’s growth has catapulted the country into the top rank as the largest luxury market in the world––in 2017, it accounted for 32 percent of luxury consumers, with the United States in second place at 22 percent. Brands servicing the market –– LVMH ($EPA:MC), Breitling and Tiffany & Company ($TIF) to name a few –– might feel a sharp pain whenever the country’s appetite for glittering things cools.

That’s what happened this week, as investors sold off luxury stocks after LVMH announced lower than projected revenues, largely due to Chinese demand that might be, for now, relatively sated. The sell-off was seen across the luxury market, including at Tiffany, which for the past two years has been on something of a hiring tear, according to job listings data.

One the one hand, all looks right for the jeweler: The company posted more job openings in September in the US and other Western markets than at any point in the past two years to meet its seasonal demand as it prepares for the Christmas season.

On the other hand, signs were potentially brewing when looking at store closures. Of the 429 stores available in Thinknum’s data,18 were listed as closed, and of those 18, 10 are located in Asia, with three in China and two Taiwan, making both responsible for around 28 percent of the total store closures. 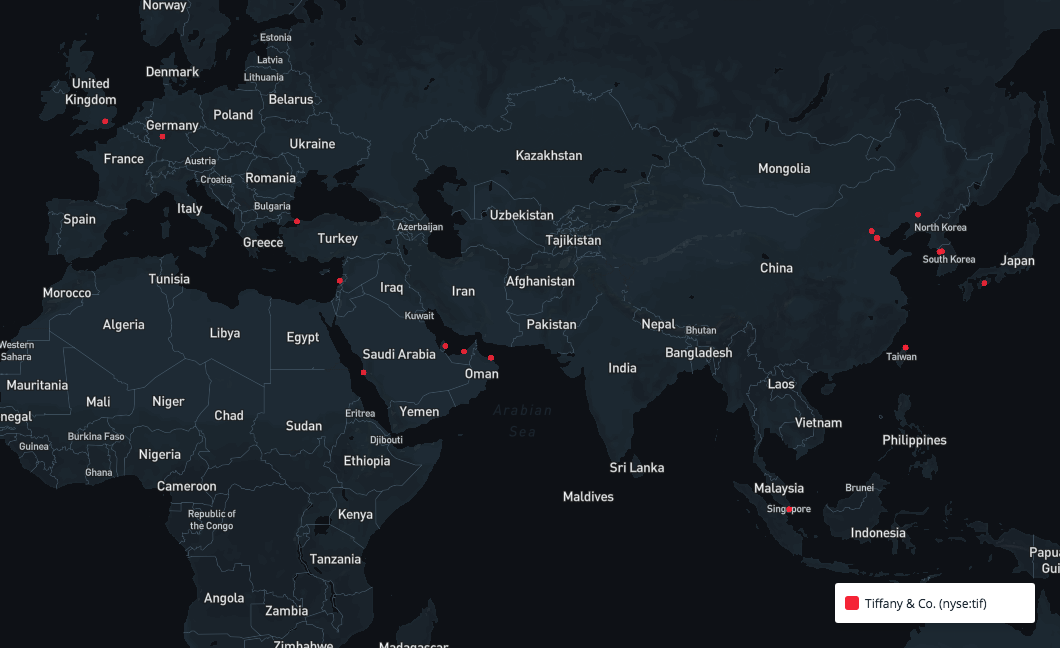 With the market experiencing another volatile October, we’ll continue to track the jeweler to see how its retailers in Asia fare, and what affect it has on its stock price.