The ambitious, bold and hungry start their week with The Business of Business!
Markets
6.14.21   8:59 PM Markets

The electric truck startup lost two top executives and is running out of cash.

Things are looking ugly for Lordstown Motors, an electric truck startup that went public last October through a merger with a SPAC, DiamondPeak Holdings. After the company warned investors last week that it was close to running out of cash, and might not be able to stay in business, its CEO and chief financial officer ran for the hills on Monday.

The company’s stock, trading on the Nasdaq under the ticker RIDE, closed at $9.26 per share on Monday, down more than 30 percent from its closing price on Monday. It’s now less than a third of its value of $30.75 a share on Feb. 11.

To be sure, Lordstown — so named after an Ohio town where the startup purchased a GM plant — is not ready to throw in the towel. When it disclosed the resignations of CEO Steve Burns and CFO Julio Rodriguez on Monday, the company said it has engaged a search firm to find replacements, and it is still planning to begin limited production in September.

But investors are showing they have limited faith in the possibility of a turnaround. Share price drops for companies that went public through SPAC deals are starting to become more common as the bubble bursts. Here are three ways the problems at Lordstown are mirroring downward trends for the once-overheated SPAC boom.

Lordstown’s troubles come as investors are starting to lose their taste for blank check companies that generated so much buzz over the past year. In April there were 10 new SPACs that went public, according to SPAC Research. That was a huge drop off from more than 100 new SPACS in the previous month.

Meanwhile the backlog of SPACs hunting for deals remains high. In March, there were more than 382 blank check firms on the market looking to make purchases, which had raised a total of $120 billion, according to SPAC Analytics. Now there are 420 blank check companies with a combined $133 billion to spend. (Just five years ago, there were a little more than a dozen SPAC IPOs.)  Sooner or later, if they don’t find businesses to buy, the SPACs could expire and money be returned to investors without delivering a return.

DiamondPeak Holdings, which bought Lordstown, was backed by principals of investment firm Silverpeak and by David Hamamoto, former chairman and CEO of New York-based REIT Northstar Asset Management Group. Hamamoto has also launched another SPAC, DiamondHead Holdings, which raised $300 million through an IPO in January. So far, it has not made any deals.

Earlier this month, the SPAC was notified by Nasdaq that it had fallen out of compliance with exchange rules for filing its first-quarter 10-Q late. The company said it expected to remedy the situation.

Thinknum has mapped out networks behind many SPACs and demographics of many SPAC sponsors. The overwhelming majority of sponsors (about 88 percent) are male and about 30 percent attended an Ivy League school, mostly either the University of Pennsylvania or Harvard.  Hamamoto fits that profile, but appears to operate apart from financial institutions driving a lot of the SPAC frenzy.  (These are small snapshots of  much larger knowledge graphs. More details here.) 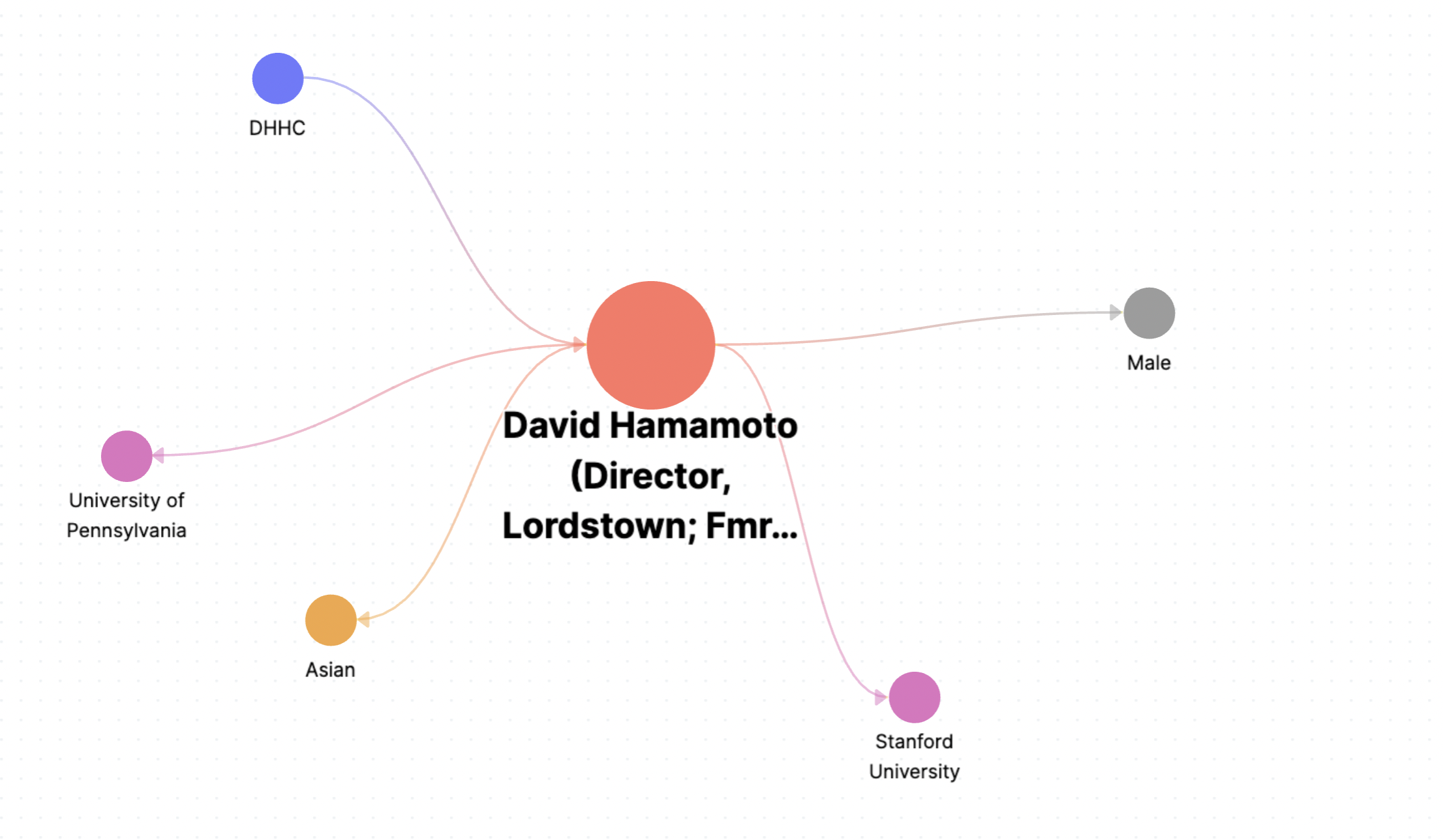 Other SPAC sponsors are more extensively connected with each other and major banks, based on Thinknum data. 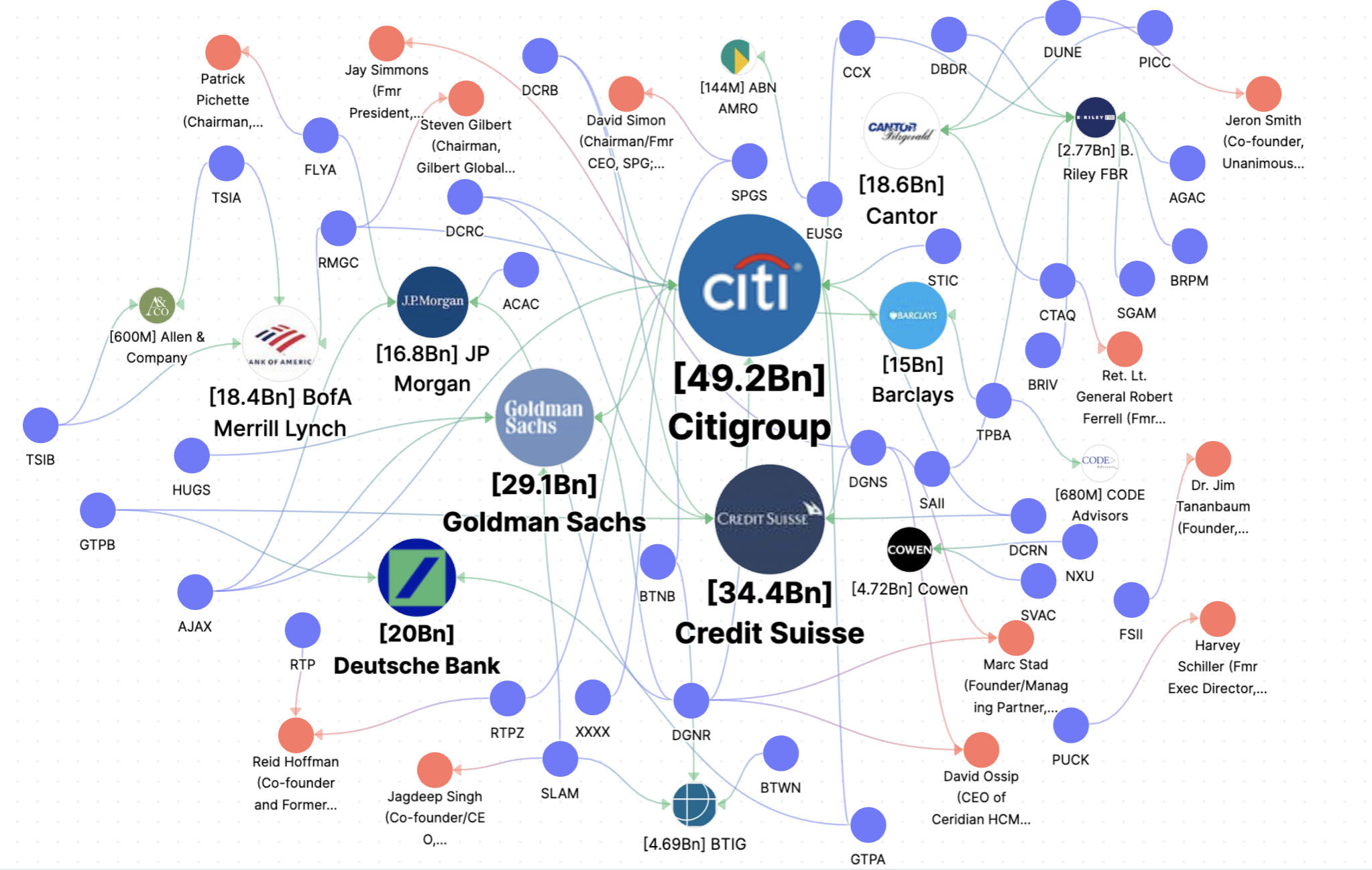 The EV sector is getting especially punished

Of all SPAC deals getting picked on by investors, electric vehicle companies have taken considerable heat. Lordstown was among five EV companies taken public recently through SPACs that have lost a combined $40 billion from their peak valuations, according to Bloomberg. Others include Nikola Corp, Canoo Inc., Arrival Ltd. and Fisker.

Some analysts, however, see the drop-off for the sector as a mere short-term correction and remain bullish on EVs overall.  And some EV firms that merged with SPACs could offer great bargains for investors. In May, Barron's pointed to Fisker as one such opportunity.

Despite its setbacks, Lordstown has continued to post significant growth in hiring. Since last August, the number of open positions posted to Paylocity has doubled to 96, according to Thinknum’s data. Over the same time, hiring at Tesla has been slightly more measured, rising by 64 percent.

Regulators are closing in

A big contributor to the drop-off in new SPACs was an accounting crackdown in April by the SEC, requiring warrants for the blank check companies to be classified as liabilities rather than equity. The change forced massive recalculation efforts by SPACs, and reduced some of the incentives for investors.

Lordstown has also come under scrutiny by the federal agency. The agency opened a probe into the company after short-selling firm Hindenburg Research reported that Lordstown had misled investors about the number of pre-orders it received, according to Business Insider. Hamamoto and other directors of Lordstown fiercely dispute a report, and claim that it was disproved by their own investigation into the matter.