The ambitious, bold and hungry start their week with The Business of Business!
Markets
8.29.18   7:35 PM Markets

If that is considered the first shot fired in this year's Battle of the Fall Flavors, then consider Starbuck on the defensive as we take a look at the coffee turf wars in America's most valuable walk-in marketplace for coffee brewers.

La Colombe is part of what some call the "third wave of coffee," a movement that focuses on high-quality coffee rather than a simple hot cup o' joe (not that there's anything wrong with that). It also includes stores within the Peet's Coffee conglomerate — which includes its own namesake, Stumptown Coffee Roasters, and a majority stake in Intelligentsia Coffee & Tea — as well as Blue Bottle Coffee and Gregorys Coffee.

While there is still a "Starbucks on every corner" in New York, these artisanal coffee shops are encroaching on the two-tailed mermaid's territory.

In Manhattan, the most populated borough of America's most populated city, Starbucks has 240 individual locations, or more than one for every tenth of a square mile on the island. 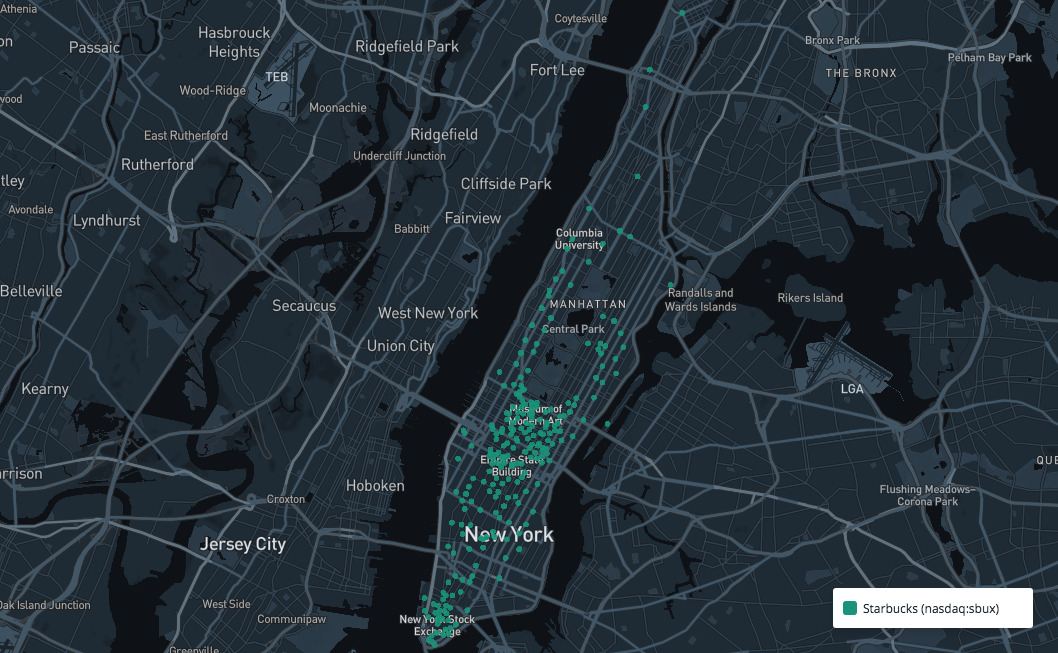 Conversely, there are 67 "third wave" coffee shops in the same area. 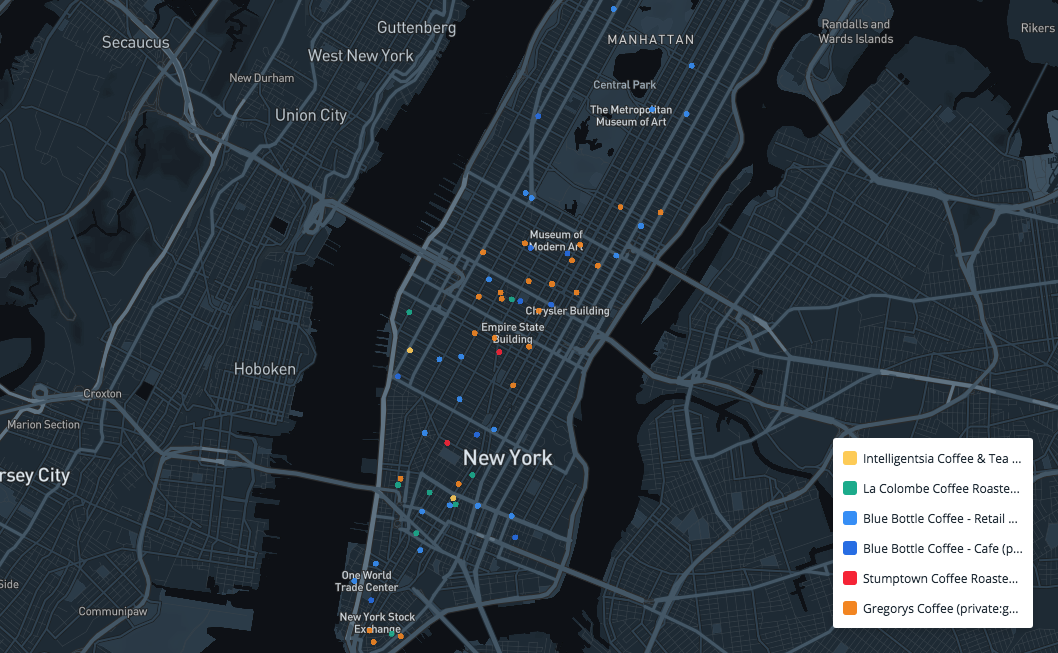 With little competition north of Central Park from these chains, we turned our attention to what's around and south of it: Midtown and Downtown, where New Yorkers go to work Monday through Friday, and where they step out for a morning and afternoon cup of pick-me-up.

Here, we plotted Starbucks' competition with a tenth-of a-mile-radius — a few hundred feet in each direction essentially — and saw something fascinating. 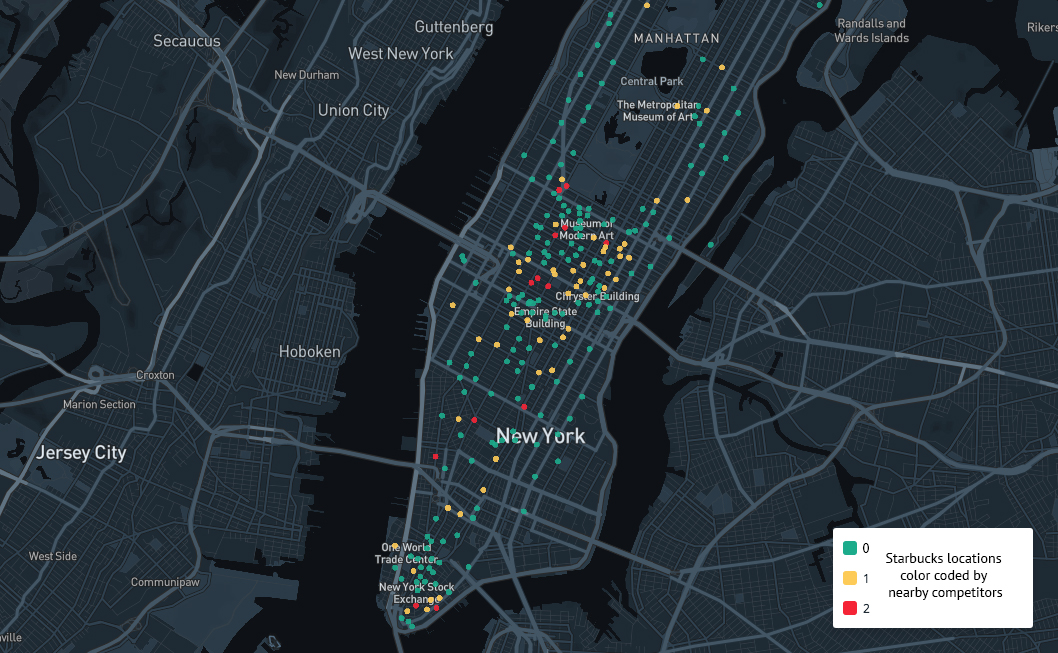 According to our data, these coffeehouses are fighting to get their brew into the bellies of local workers and caffeine-craving tourists in Midtown East and around the Financial District. Even though there are plenty of Starbucks locations here, its stores are frequently in competition with one, or even two, of its artisan adversaries. 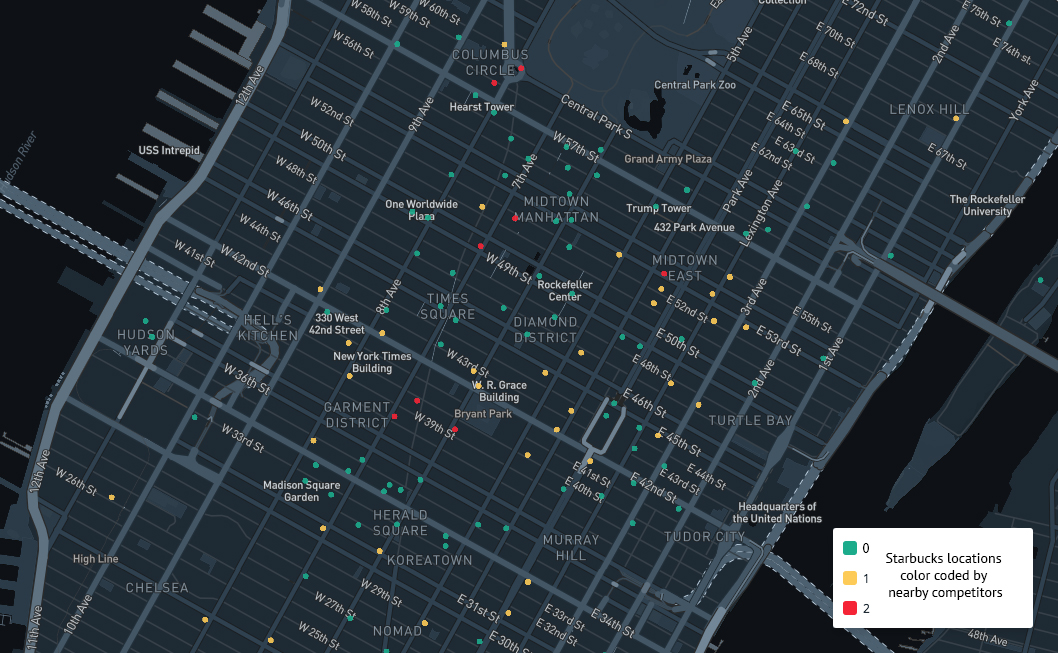 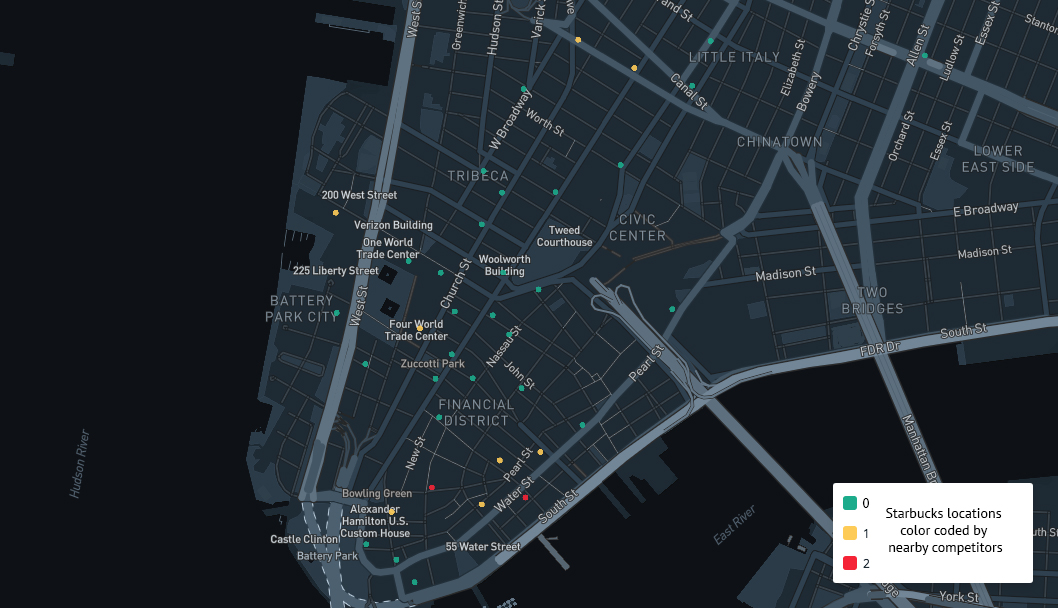 There are also several neighborhoods, such as Hudson Square, Union Square and SoHo/NoHo, where these small coffee chains can claim victory over the roasting giant (for now). 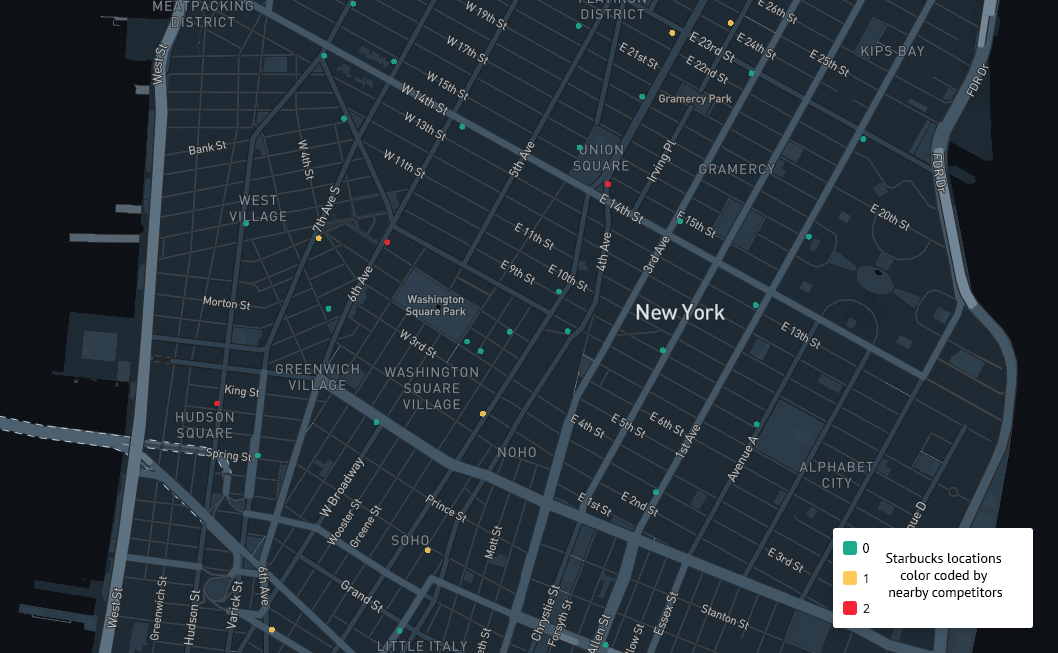 Of course, Starbucks is still crushing the competition like espresso beans; its overall store count doubles the number of artisanal coffeehouses combined in Manhattan alone, and in fiscal year 2017, they had a revenue of $5.7 billion.

Thinknum subscribers can look at how Starbucks is faring against these competitors in other major cities, such as San Francisco, here. 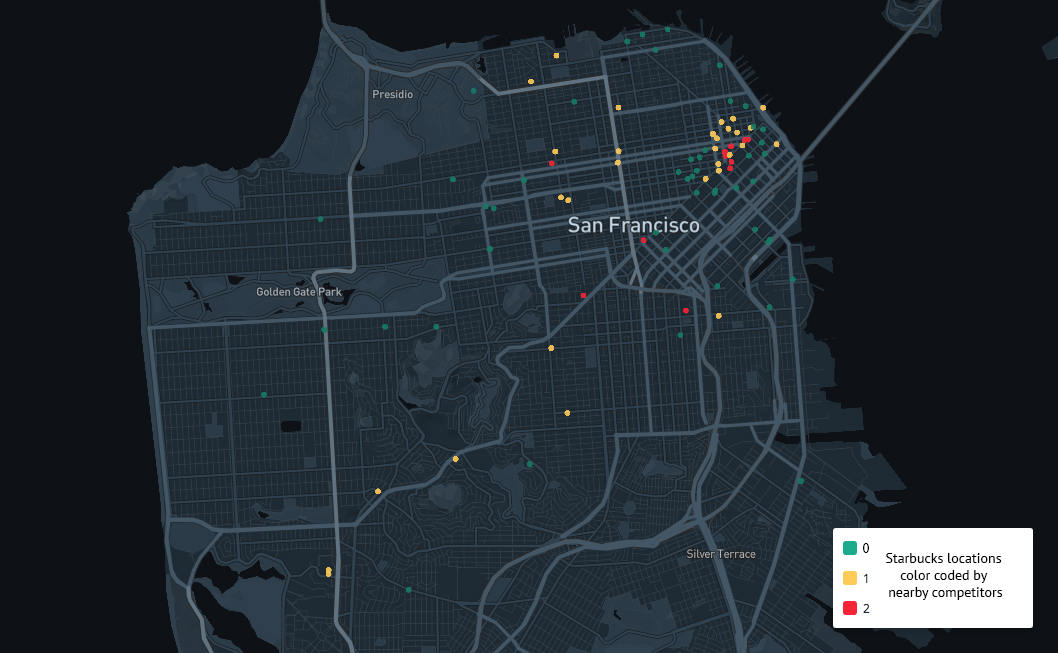