Just 10 years ago, Tesla had a few cars on the road and nary a charging station or retail outlet. All of that has changed by a wide margin.

When Tesla ($TSLA) was founded in 2003, Elon Musk wasn't even initially involved. He joined in 2004 via an early Series A funding along with J.B. Straubel and Ian Wright. The first Tesla Roadster, a 2-seater based on the Lotus Elise, hit the roads in 2008.

So here we are today: Tesla Motors now ships three cars, with four others on their way including the new Cybertruck. The company has installed more than 15,000 charging stations around the world (1,000 more than this time last year), hundreds of retail outlets where people can order cars, and even pop-up ordering and service centers.

We mapped them all here, so you can see not just where they are, but where they were (use the time sliders to see). (Larger version here). 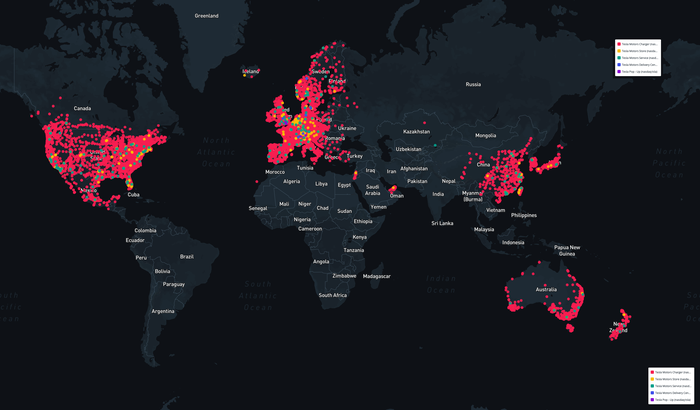