Who knew? Watkins Pure Ground Black Pepper: One of the most-Alexa-ordered (and lovingly reviewed) products on Amazon

Thinknum just added a new dataset: products ordered via Amazon's Alexa. It's an interesting look at the sort of thing people will order on the fly just because they happen to have a voice-activated personal assistant instantly on call - if you're in the middle of cooking, you're hardly going to dash to the computer to restock, but you might very well blurt out, "Alexa, order more butter from Amazon."

"Oh, and pepper." Thinking it might be fun to take a deeper look into which products were universally loved by their Alexa buyers, I sorted the list for items whose average rating was a full 5 stars, and came upon Watkins Pure Ground Black Pepper. 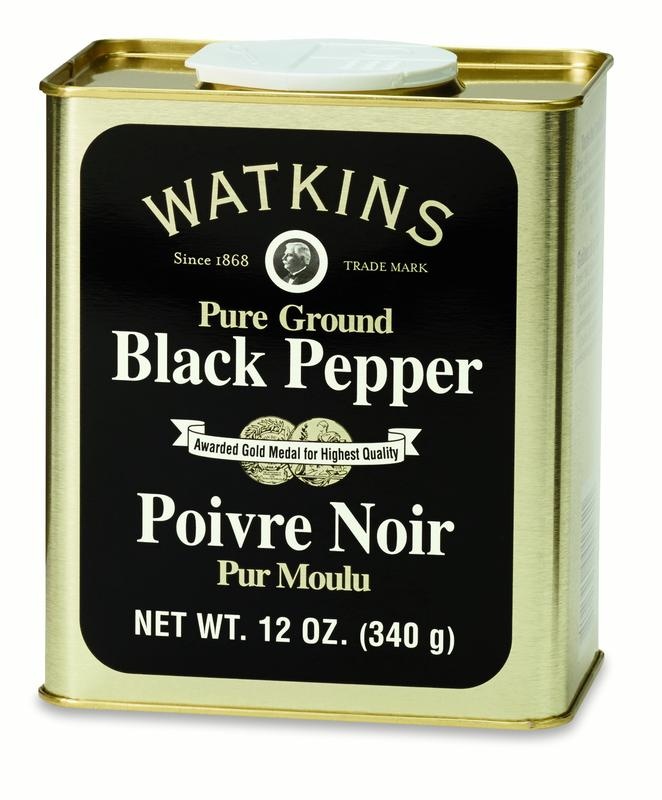 This fine British traditional pepper certainly looks like an inspiring product. Beautiful tin. It's even bilingual!

But ah, the reviews.

Amazon reviewer TXSusie may have perfectly, if prosaically, summed up Watkins’ appeal in her tight little creation, dusted with misplaced apostraphes:

The best black pepper. I'm in my sixties now and I remember cans of Watkin's products in my great-grandmother's cabinets. She and others in my family only cooked with them.

Most reviews were in the quick-hit range. One word. Three. There is a certain poetry in these:

The only critical review came from Emily Walton. She docked Watkins two whole stars, dragging the pepper product’s overall average down from 100% to 93%. And why?

Difficult to pour out of the tin because the opening is in the middle. Great pepper though!

Ms. Walton’s reviews tend to a stoic black-or-white absolutism – either 1-star or 5 – so this in-between 3-star review is actually an outlier for her.

The most laconic review was delivered by Spartanmama:

It is what it is

This is out of character for spartanmama, most of whose oevre of 73 reviews consists of either paeans of praise for the things she loves:

Y E S. They're sprinkles. They're rainbow. They're free of most common allergens. Get them. Get them now.

... or vicious attacks on the unfortunate products that earn her ire:

Not durable at all. Clear like glass? Yep. Durability of glass? Not even close. Broke within first 2 weeks of using it - it was never dropped, never banged, never anything... developed a large crack. Back it went.

Through her hard work and diligent posting, Spartanmama has achieved Reviewer Ranking #133,957. Perhaps she’s trying to work her way up to the top 100,000?

All about the Benjamins

It’s going to take her a while to catch up with Benjamin Bannister. He is ranked at #45 – A Top 50 Reviewer!

He’s one of “Amazon’s top reviewers in cooking”, no less, and here’s the content of his five-star review:

Large Tin Of Black Pepper For People Who Use A Lot

Our household uses a lot of pepper. A lot. I was tired of having to buy tin after tin so when I saw this gigantic version, I knew it would be suitable.

This is grounded black pepper, which tastes the same as other black peppers. The top cover has three openings: small dots for light salting, a small hole for pouring it out, or you can take the top off and scoop out bigger portions.

If you use a lot of pepper and want a convenient package, this is a great addition to your kitchen. Recommended.

Perhaps Bannister is pouring all of this peppery prose into Amazon reviews as promotion for his YouTube channel? Described as “The absurdity in my head—brought to life, in high-definition video”, it has all of 293 subscribers, with the top video (“Siri Helps Woman Win Millions”) clocking more than 254k views.

Or maybe he’s hoping for a free iPhone or some other review products. His only actual review video so far, “The iPhone X3” is lagging, having racked up a mere 631 views in two months, though. He’s going to need to come up with snappier titles if he hopes to score the swag.

Still, if he put his time into, for instance, a JOB – perhaps at Verizon, they’re hiring! Or an Apple store! - he’d have enough money to BUY those products....