The ambitious, bold and hungry start their week with The Business of Business!
Markets
5.31.18   4:54 PM Markets

The fading footprint of Sears

With $424 million in losses and dwindling retail foot traffic, Sears is closing another 72 stores. Here's what its retail footprint looks like, before and after.

Today, Sears Holdings ($SHLD) announced that it would close at least another 72 stores, with plans to identify 100 non-profitable stores across its Sears and Kmart brands. The announcement from Sears says that the stores will close in the "near future". 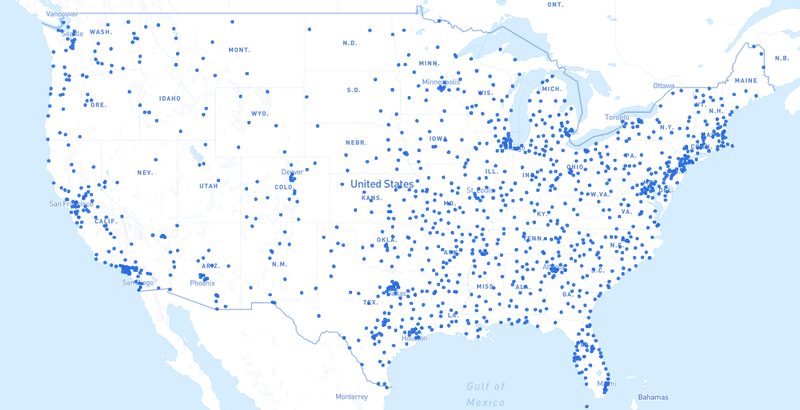 The above map includes the Sears retail footprint before close to 400 closings in just the past year. Below, the closed locations are shown in red. As of now, the company has just 894 locations left. 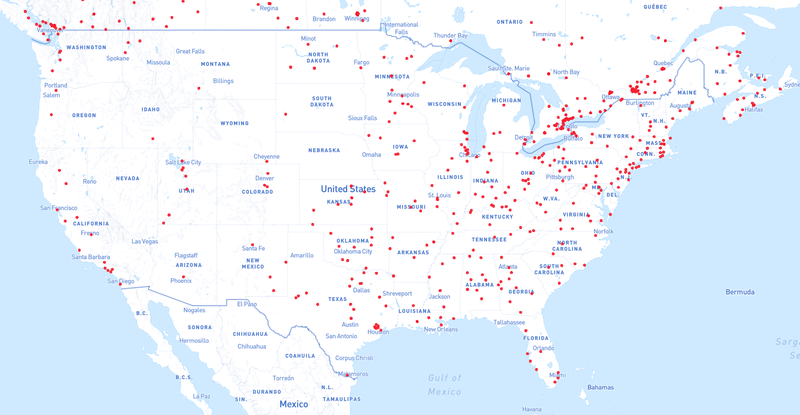 In its first quarter 2018 report, Sears Holdings notes a net loss of $424 million with revenues of $2.9 billion.

Edward S. Lampert, Chairman and Chief Executive Officer of Sears Holdings, said in the report, "In a challenging quarter, we continued to focus on our strategic transformation, identifying additional opportunities to streamline operations and adjust inventory and operating expenses while staying focused on our Best Members, Best Categories and Best Stores."

As for the 72 stores to be closed, the report notes that they will be identified by mid-day today:

"As part of our ongoing efforts to streamline the Company's operations and focus on our Best Stores, we have identified approximately 100 non-profitable stores, 72 of which will begin store closing sales in the near future. A list of the 72 stores will be posted in the "News/Media" section of searsholdings.com (http://searsholdings.com/media/company-statements) by mid-day."

Those stores have not yet been reported. We will update when they are.