The ambitious, bold and hungry start their week with The Business of Business!
Markets
1.17.18   12:25 AM Markets

The Burrito Index: Let's talk about the relative price of Burrito Bowls.

With better-than-expected fourth-quarter earnings, the Mexican chain is making more on burritos. Here's what they cost in different cities.

We see a lot of data here at Thinknum - everything from retailer inventories to pricing per item - by location - for retail establishments. The latter numbers reveal some interesting things about the American food retailing world, especially when one considers major chains that offer the same items at different locations throughout the country.

When it comes to the cost of Burrito Bowls at Chipotle Mexican Grills ($CMG) at different locations, all things are not equal. In fact, the difference is - in some cases - staggering. If you’re looking to make a move to another town, and if you have a thing for Barbacoa Burrito Bowls as part of your lunch routine, you’ll want to read on. If not, the data itself is fascinating, so… still, read on.

Before we hit the numbers, cost differences for burritos from restaurant to restaurant is an expected variation. After all, a Big Mac in one city costs a different amount in another, due to local labor laws, supplies, and a host of other factors. But what we found when it comes to the cost of Chipotle Burrito Bowls from city to city was eye-opening beyond what one may consider reasonable variance. 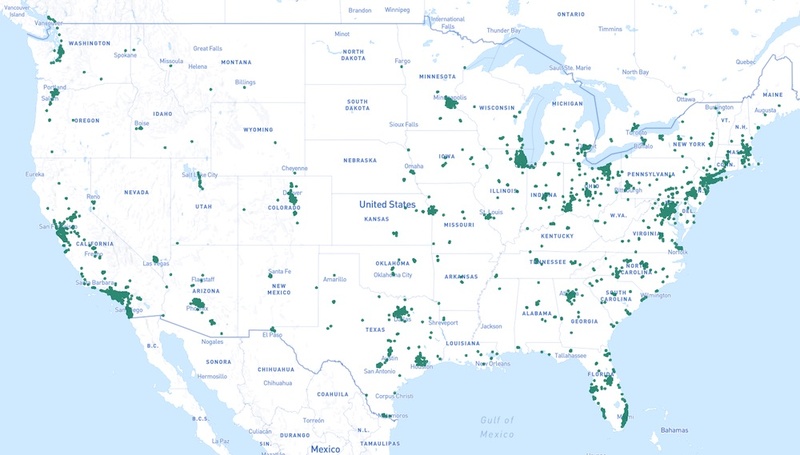 Consider this: In New York City, the average base-price for a Chipotle Mexican Grill burrito bowl is $6.77 (this includes all types of Burrito Bowls from vegan to beef). That same burrito bowl in Jacksonville, Florida is just $5.58.

In New York City, the average base-price for a Chipotle Mexican Grill burrito bowl is $6.77. That average in Jacksonville, Florida: just $5.58.

Cost of living, marketing, and outliers

Cost of living could factor in here, so we took a look at that. With New York City as base at 100, Jacksonville's cost-of-living indexes to 77.1. But that wouldn't explain why the same Burrito Bowl costs $8.30 in Cincinnati, which indexes at just 70.71, even lower than Jacksonville. In that example, cost of living appears to have nothing to do with it.

As for the outliers in our Burrito Index, New York's expensive $9.60 Barbacoa bowl is the peak while, as a state, Georgia gets the lowest price at around $7.50.

Such vast differences could also be explained by local labor, supply, and real estate costs, all pf them reasonable variables that could add up to radical differences in pricing.

One also has to consider the local market and competition. In Long Beach, CA, for instance, we found that Burrito Bowls are quite reasonable at $7.70 for Barbacoa, despite the area's relatively high income and rents. That all aside, though, one look at local competition and it's easy to see why Chipotle is forced to price their burrito bowls more reasonably in areas where Mexican food isn't much of a delicacy.

These variances in burrito prices, especially given the growth and popularity of Chipotle throughout the US, are so eye-opening that we'll be creating what we call the Burrito Index. Much like The Economist's Big Mac index, which looks at the relative cost of the burger in various cities around the world, we'll look at the relative cost of burritos in major markets of the US. Stay tuned for that.

For this story, we looked at Chipotle Mexican Grill pricing per location, and then averaged the cost of Burrito Bowls. We then looked at mininum and maximum costs of the bowls to sort out any extreme cases (overly low pricing on veggie-only bowls or the rare cases of premium bowls that could throw off a location's average price). Our data was pulled as of January 15, 2018, and goes back as far as November 15, 2017, in order to solve for seasonal variances.