The ambitious, bold and hungry start their week with The Business of Business!
Features
6.10.21   6:43 PM Features

As the COVID-19 pandemic wanes, here are the top-rated spots for a chat and a trim, according to Booksy.

One type of business set to come roaring back as economies reopen is the humble barbershop. Mostly small businesses relying on in-person services and foot traffic, barbershops and hair salons took a huge hit when customers stayed home over fears of COVID-19.

Now as vaccine uptake increases and case counts drop, many men are finally taking stock of their neglected coiffures and embracing the simple pleasure of a good haircut or a close shave. Perks that high-end barbershops sometimes throw in, like serving alcohol, are also a draw.

“Embracing post-vaccination life by getting my first professional haircut in 16 months and also having a martini,” Georgetown law professor Josh Chafetz tweeted in May. “I like this whole barber+bar fusion thing.”

Another Twitter user, under the handle @seemtoggle, gushed in May: “I did it. The first official haircut since last March! Margarita at our local barbershop is the BEST -- we got to talk about Star Wars, Godzilla vs. Kong the Fifth Element, and Wonder Woman too! Missed that place.”

“Celebrated my reunion with my beloved barber by changing my haircut for the first time since my Bar Mitzvah,” he tweeted last week.

As things pick up, there is much hope among barbershop owners that their business will resume an upward trajectory that began years before the pandemic. In 2019, the men’s personal care market was valued at $47.5 billion globally, and was expected to expand at a clip of 6% a year through 2027,  according to Grandview Research.

The growth has come alongside surging interest among men in grooming, hygiene and health, which has also fueled the rise of direct-to-consumer brands such as Dollar Shave Club. While at-home barbering services did flourish during COVID, helped along by apps such as Klipper and Shortcut, they could not replace the other longstanding function of  barbershops as a venue for socializing. Barbershops: a place to hang out, socialize, shoot the bull — a "third place" away from home and work.

In popular culture, barbershops inspired an eponymous blockbuster movie franchise. They have served as key elements of countless plays, skits and music videos. A barbershop is also used as the set for an HBO talk show featuring LeBron James.

As clients return to their neighborhood barbershops, some customers might be looking to try new ones. We looked at data from Booksy, an app for booking appointments with barbers and hairstylists, to identify which locations throughout the U.S., Puerto Rico and Guam had the most 5-star ratings. Here are the five standouts that were head and shoulders above the rest.

The most-loved barbershops in America

Soho Shave Co. was established in 2017. This barbershop bills itself as an “elite” shop in the Soho neighborhood of Tampa, which is known for historic architecture and high-end restaurants and nightlife. It's a hip neighborhood for the most loved barbershop in the U.S. Reviews of this shop highlight not just the superb cuts and sahves the Soho Save Co. barbers give and the good vibe of the shop, but also the fact that everyone who works there seems to genuinely love their jobs. 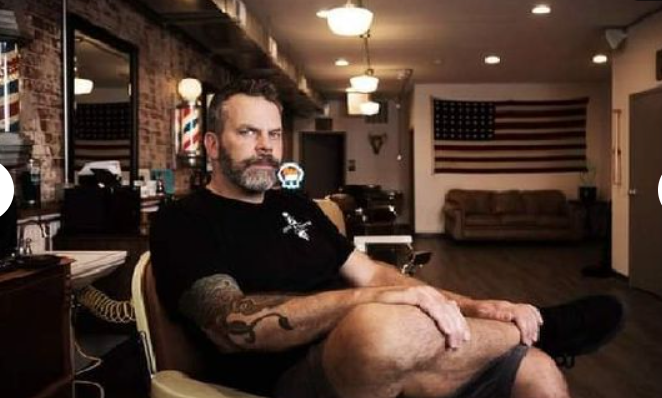 Fans of Iron and Cloth Barbershop, run by brothers Chase and Casey Gaulden, call this spot a cool, traditional barbershop with great haircuts and a laid-back atmosphere. Bonus: They have a favorite beer of hipsters, Pabst Blue Ribbon, on tap for their thirsty customers —which may  be part of the reason for their many 5-star reviews. The Gaulden brothers came to the barber business from other industries. Casey was in sales with AT&T for several years before enrolling in the Winston-Salem Barber School. Chase owned his own landscaping business and worked for FedEx before becoming a barber. 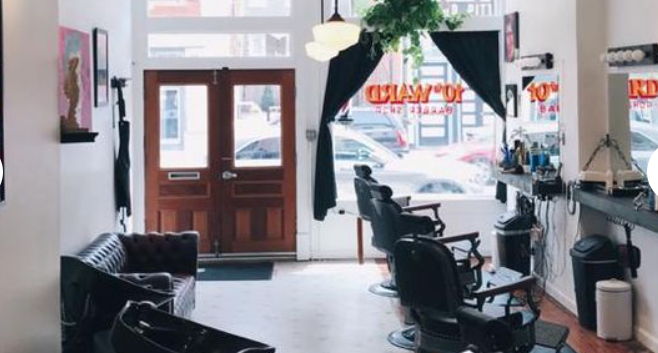 Customers love 10th Ward Barbershop’s Kane, Bam, Jordan, and Kim. Reviews call the shop and its staff welcoming and sociable. Bam in particular has been called out for being one of the nicest human beings you could ever meet. All reviews mention the skill of the 10th Ward's barbers and the amazing cuts people walk out with. 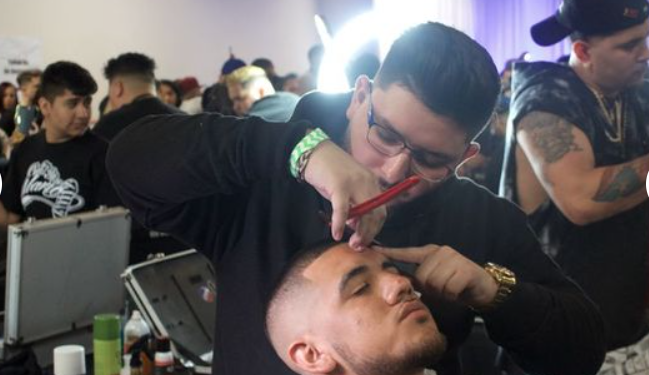 One review calls Vic Menso “the Gordon Ramsay” of hair. Review after review calls him the “best in the 209” and praise the “amazing” haircusts they receive in his care. It's interesting to note that the most popular barber in the state of California (population 40 million) isn't in one of the major metropolitan areas like Los Angeles or San Francisco, but in relatively small Stockton which has a population of just 309,000.

Residents of Hartford, Connecticut love the cuts they get at Nunez Cutz from its proprietor Javy Nunez. In fact, one review simply refers to Nunez as the "GOAT" (greatest of all time) with flame emojis. Another review, by a customer who has been bringing her sons there for eight years calls him the best barber in town. Another reviewer says Javy is a "pro" and the only barber you can trust.


Can't make it to any of these barbershops? Here is a map of every barbershop in the U.S. with 100+  top ratings on Booksy.
Click on the dot for full location details.