The ambitious, bold and hungry start their week with The Business of Business!
Markets
5.24.19   6:27 PM Markets

Used Teslas are now common - and affordable, according to data from CarMax

Elon Musk thinks Teslas should be appreciating in value - but that isn't what the used car market is saying, from a supply or demand standpoint.

“Buying a car today is an investment into the future," he said in an April interview. "I think the most profound thing is that if you buy a Tesla today, I believe you are buying an appreciating asset – not a depreciating asset.”

Let's have a look at the alternative data.

Here's the thing about what makes assets appreciate in value: whether you're talking about baseball cards, Beanie Babies or self-driving electric cars, it's difficult to pull off the ruse that a growing glut in supply should also translate into a rise in demand. The number of used Teslas for sale tracked by our alternative data - which covers more than 100 used car websites - dropped in the beginning of 2019. But, very recently, it began to rise again. 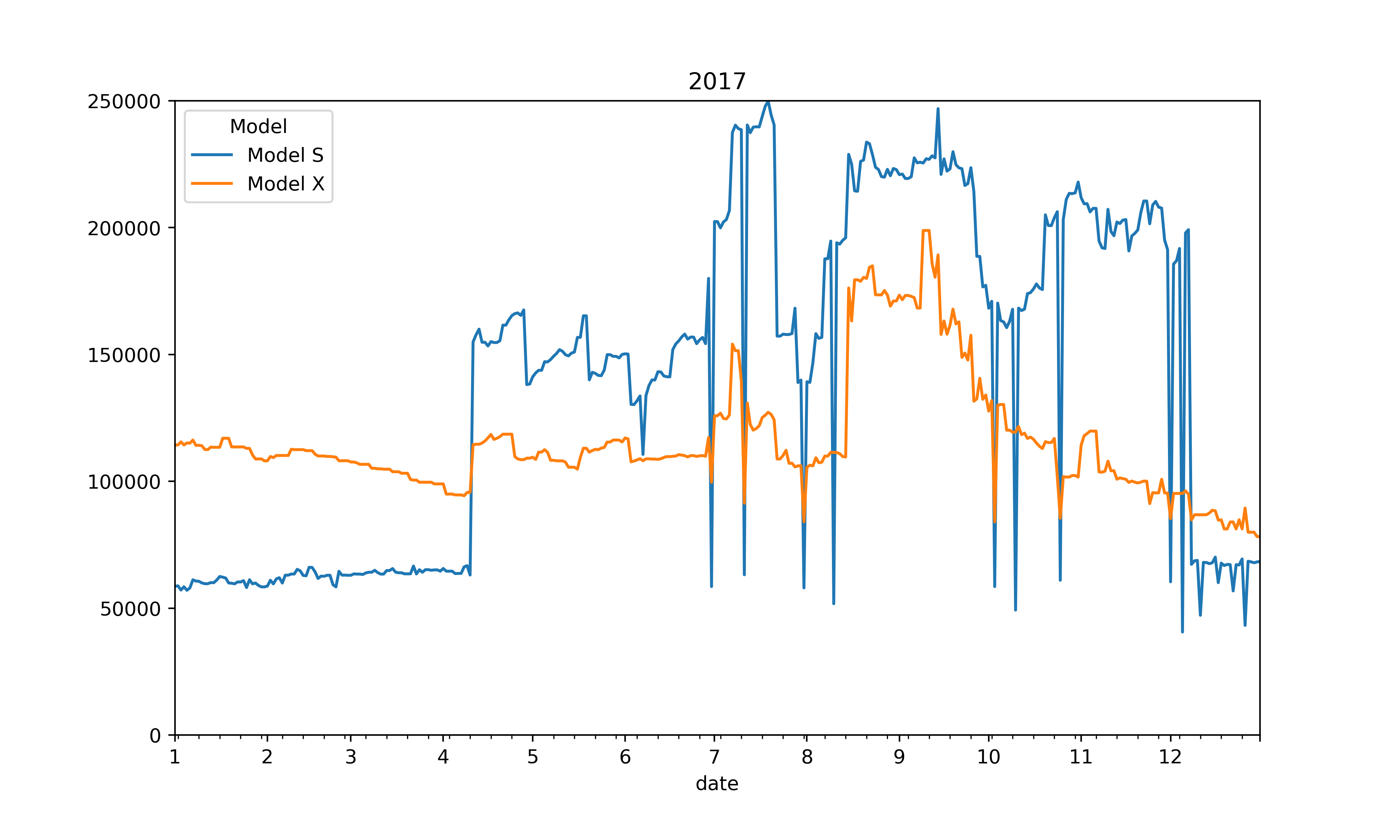 The chart above reflects secondary market pricing levels for used Teslas - for a while, they did in fact price on secondary markets higher than their MSRP. The wild variance in price, is likely attributable to how few sales were being made - again, in part due to supply. Used Teslas were tough to find - but even by the end of 2017, pricing was beginning to declined on used car sites. 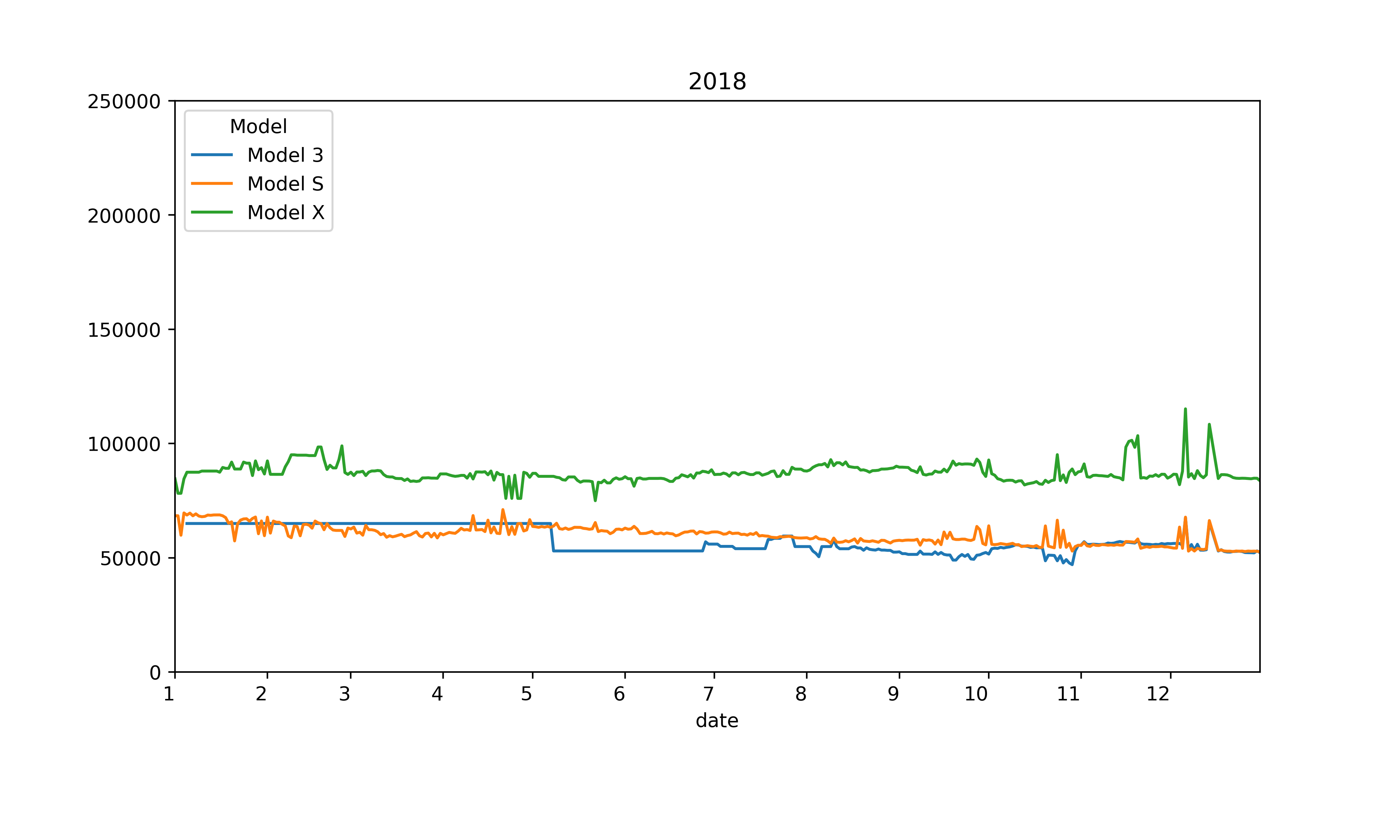 Eventually things began to flatten out - this chart represents the following year, 2018. There are still spikes for used Tesla prices, which the green line (Model X) best tracks. These increases in prices correspond to when (and, after) the company revealed a drop off in production - creating the inverse impact on demand. 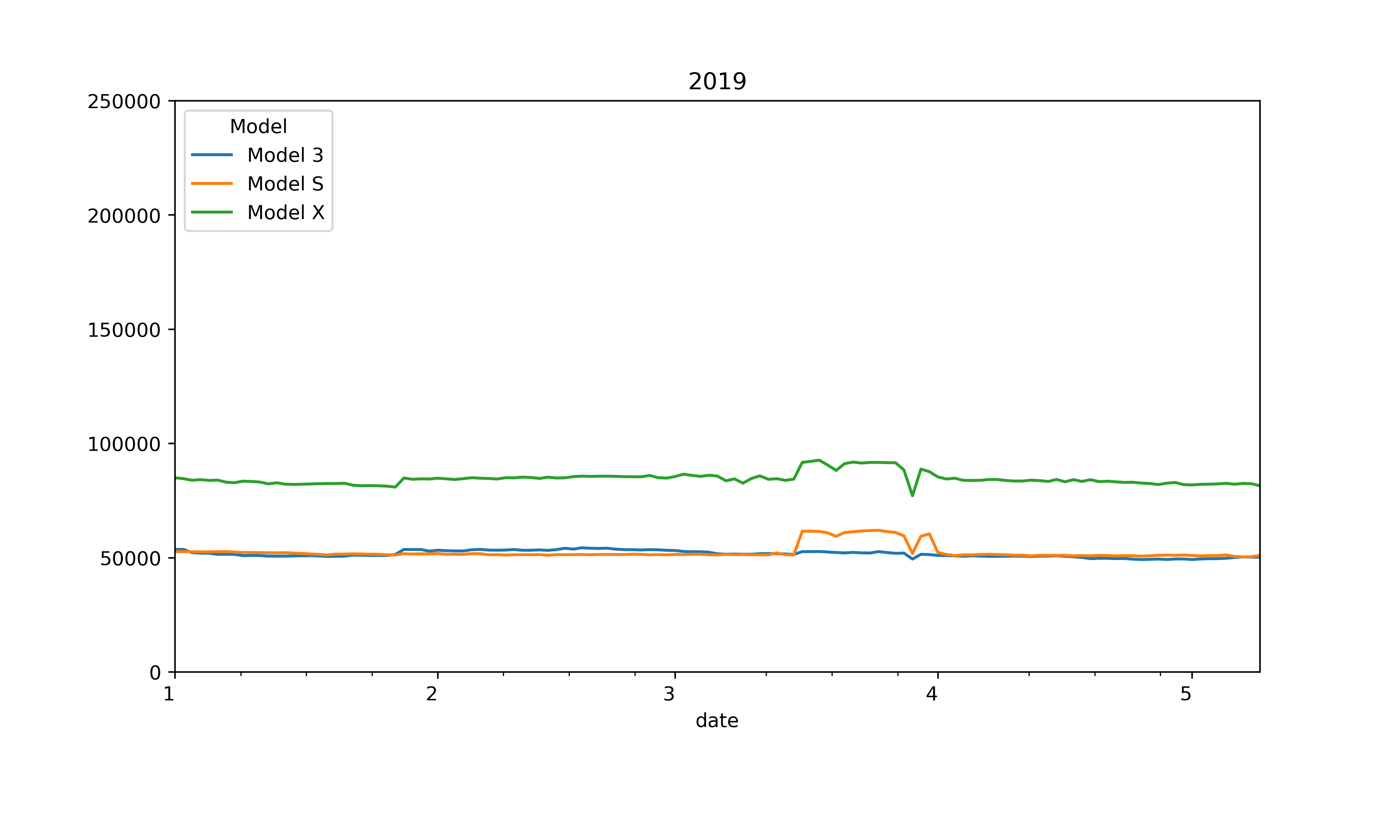 But today things are a little different. Between a proliferation of new electric cars from industry incumbents hitting the market, and looking at one of the US' leading used car websites - CarMax ($KMX) - shows how the hype for a used Tesla has fallen in a market where supply has risen.

There was a time, in fact, when a Tesla was worth more used than new - but that's not the case today. Years ago, there was at least the possibility that a used Tesla would appreciate in price, in part thanks to how rare the cars once were and the buzz that had been generated in the automotive marketplace for their cars. Even if you threw money at Tesla and queued up in 2017 when the Model 3 launched, it would take months for the car to actually be delivered. Scarcity drives hype, and no one has been able to drum up hype in the automotive space lately like Elon Musk.

The stock price hype is wearing off  - Tesla shares have lost 45% of their value from shares' peak in 2019, and is down still further from its all-time highs. Regardless of whether Musk is correct in his extremely bullish predictions for new car production - or his extraordinary bearish call on the rest of the automotive industry - remains to be seen.

But, for now at least, it looks like used Teslas are not immune from the laws of supply and demand, no different than Beanie Babies.