The ambitious, bold and hungry start their week with The Business of Business!
Markets
11.7.18   2:47 PM Markets

New vs. Old, Chipotle vs. Taco Bell: How do they compare?

When it comes to fast Mexican food, no chain comes close to Taco Bell ($YUM) in terms of scale. But Chipotle Mexican Grill ($CMG) introduced a fast-food, sit-down dining hybrid called "fast casual" that has changed the fast-food industry.

It may seem a bit silly to compare the two, but given their divergent histories, one (Taco Bell) represents the birth of American Mexican fast food, and the other (Chipotle) represents the future. In fact, if you pay attention to the data below, you'll see that they're actually not all that different. Except, of course, for the way the stuff tastes, but that's a story for another blog.

Chipotle was founded in 1993 in Colorado. In 1998, McDonalds infused Chipotle with investment capital, and the chain grew to more than 500 locations by 2006. Chipotle has had a successful run — not without its own hiccups — and most recently reported an upbeat year as it beat analysts' expectations. It's distanced itself from negative news about its food in previous years and has quietly increased menu prices as it focuses on profit in 2019. 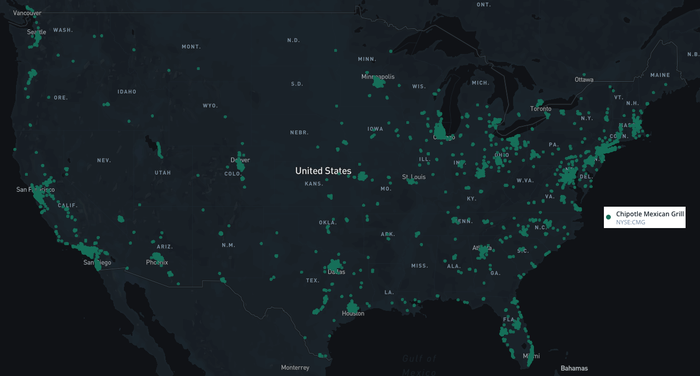 Chipotle knows where the money is. Despite its Colorado origins, the chain now has more locations in New York than anywhere else. Its focus on lunchtime professionals (Chicago comes second) with money to burn is a solid strategy, and it has dozens of copy-cats in the industry looking for a piece of the action. 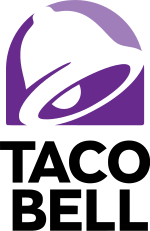 Taco Bell began its fast-food journey in 1962 in Downey, California. It was bought by PepsiCo in 1978 and glommed into the Yum! Brands family of restaurants. The company has found success with marketing campaigns that focus on a younger demographic, complete with videogame console giveaways and quirky late-night advertisements. Its latest food experiment, nacho fries, resulted in a noticeable uptick in Yum! Brands' stock price just last week. 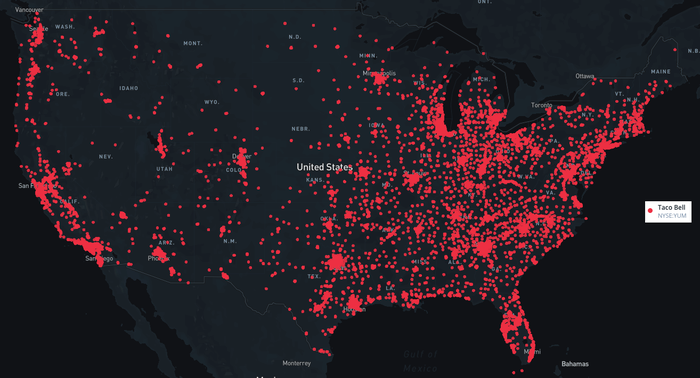 Taco Bell, at least according to its messaging campaigns, is self-aware: it knows where its biggest fans are, and those tend to be people who want the biggest bang for their buck when it comes to grabbing a bite. As such, the chain has more locations in fast-food crazy Houston, Texas followed by party-town Las Vegas. In fact, New York doesn't even make Taco Bell's top-10 cities in terms of locations.