The ambitious, bold and hungry start their week with The Business of Business!
Markets
9.11.18   9:07 PM Markets

Taco Bell was recently named the best Mexican restaurant in the country by Harris Poll. Here's a look at where you can nosh down on a Cheesy Gordita Crunch or Nacho Fries.

Americans are thinking outside the bun when it comes to their favorite Mexican restaurant.

The Harris Poll, one of the longest running surveys in the United States, named Taco Bell, a subsidiary of Yum! Brands ($YUM), the best Mexican restaurant in the United States for 2018. Specifically, it earned "Brand of the Year" honors, which is based on a poll of more than 77,000 American consumers assessing more than 3,000 brands for "Familiarity, Quality and Purchase Consideration."

In celebration of this win for the mecca of Cheesy Gordita Crunches and Nacho Fries, we mapped out all 6,923 Taco Bell locations in the U.S. to see which state and city is most blessed with America's number one Mexican eatery. 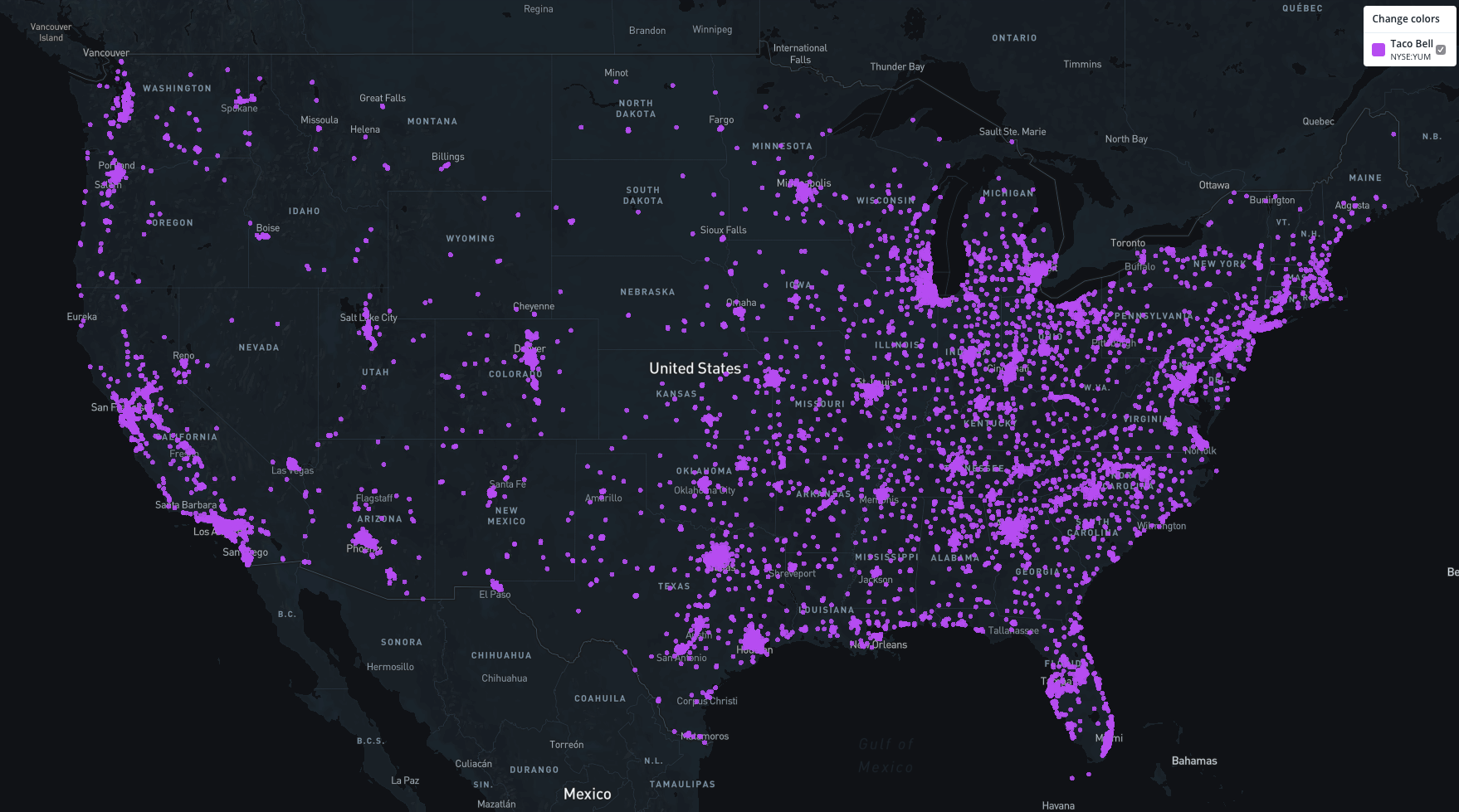 As expected, there is a large concentration of Taco Bells in the largest metropolitan areas in the country. Breaking the data down by state shows that California and Texas, two locales known for producing some of America's best Mexican cuisine, also claim the first most and second most T-Bells out of all 50 states.

Of course, our map only showed the contiguous United States; as seen here, there are another 32 Taco Bells in Hawaii, and another 19 in Alaska. Neither of those two states had the least amount of Taco Bells, as that honor fell to Vermont, which only has five listed stores.

In terms of which cities have the most Taco Bells, that honor goes once again to the Lone Star State, which has the #1 (Houston), #2 (San Antonio), AND #6 (Dallas) spots in the top-ten list.

Las Vegas, Nevada provides a pretty interesting case, being that it is in a state with the 20th least amount of Taco Bells. Its 39 locations — including its epic Cantina location shown below — accounts for 53% of the state's 74 locations. 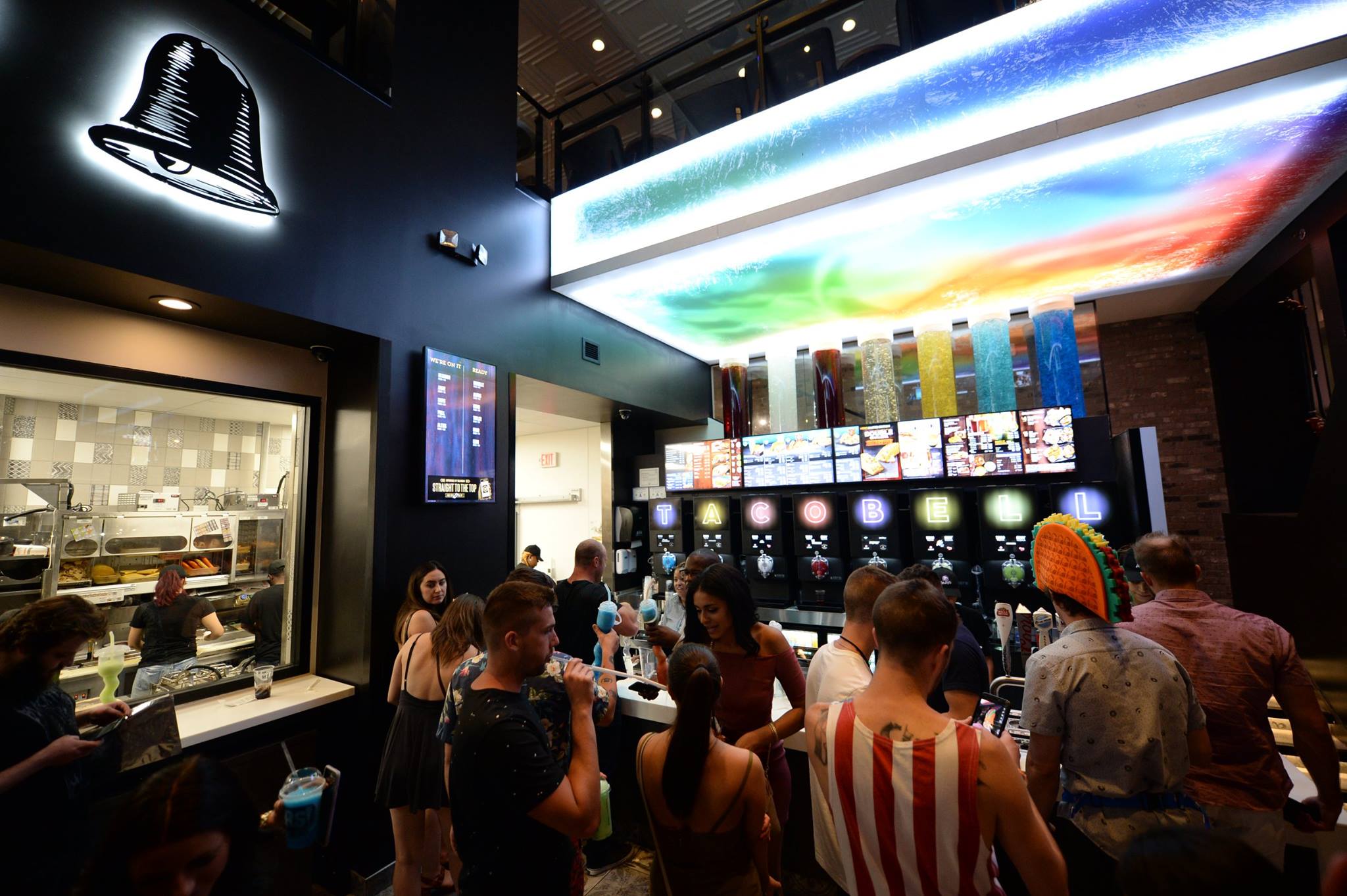