The ambitious, bold and hungry start their week with The Business of Business!
Markets
8.15.18   4:09 PM Markets

New York City's MTA will shut down the L Train to repair tunnels damaged during Hurricane Sandy. These startups are poised to catch some capital from abandoned commuters.

With the upcoming L train shutdown in April 2019, New York City’s MTA is scrambling to provide alternative service to accommodate Brooklyn and Manhattan residents. Meanwhile, those same residents are seeking out ways to continue living a somewhat normal life.

One of those residents includes me, a Williamsburg writer choosing to “stick out” the MTA’s punishment (aka East River tunnel repairs) and look for ways to navigate the forthcoming nightmare that is the L train shutdown.

In my case, moving is out of the question. As of now, my options for getting around town include a combination of ambiguously-planned routes that include buses, ferries, and tech-powered private services I’ve already come to rely on.

Meanwhile, Uber ($PRIVATE:UBER), Lyft ($PRIVATE:LYFT) and other rideshare startups like Via and Juno have been hit with a cap. As popular pooling option Via announced to customers via email, “the city is imposing a ‘taxi medallion’ system on ride-hailing, the Council risks degrading service and increasing prices, without providing any benefits to drivers.”

This limit on rideshare services could prove detrimental to some of the L’s 225,000 daily riders. And let's be real: additional service on nearby lines like the J/M/Z and G is just not likely to be enough to accomodate cross-borough ridership.

However, several Silicon Valley firms are looking to save commuters’ hellish 15 months while making some money. 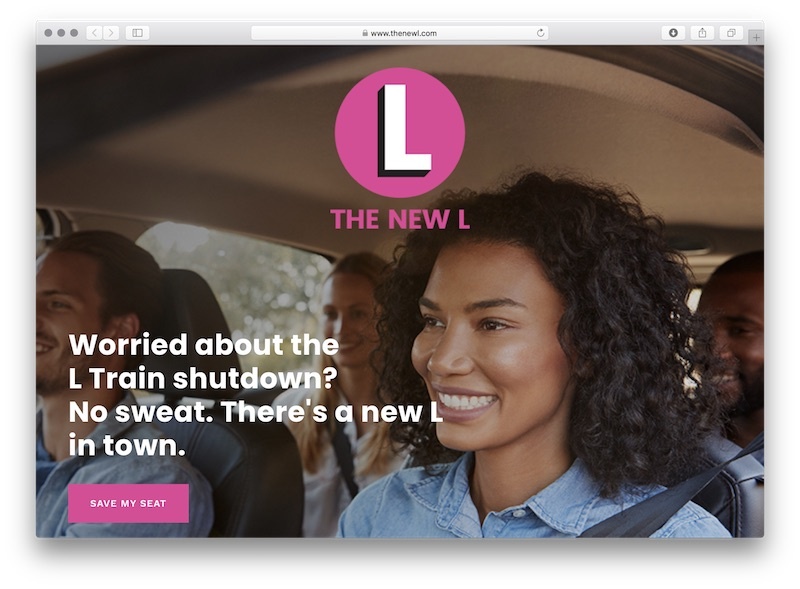 Ideas to supplement the MTA’s much-criticized alternate services include private shuttles, biking startups and ferries. There is even something being dubbed "The New L", a luxury “Bro Bus” riders can enjoy at $155 per month, complete with breakfast and Wifi. Ford-owned Chariot, a similar service with shuttles running between underserved routes like Greenpoint and Dumbo, Brooklyn, is already operating at $4-per-ride. Not a bad deal, considering all the saving on rent North Brooklynites hope to benefit from. 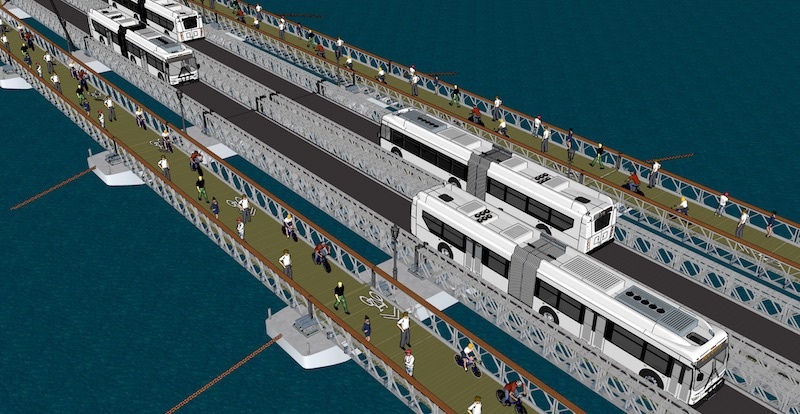 As a matcha-sipping millennial living in Williamsburg while patiently awaiting L train doomsday, I for one welcome all alternative suggestions. Yes, even a “Floating Pontoon Bridge,” which honestly sounds kinda fun. Unfortunately, the L-Ternative bridge, as it's cleverly coined, it just a concept without backing.

Despite the abundance of gimmicky transit options, a group of existing “last mile” startups are hoping to help out residents during the pandemic service interruption. These include bike share services like Bay Area-based Lime (formerly LimeBike) ($PRIVATE:LIMEBIKE) and the private-public Citi Bike. 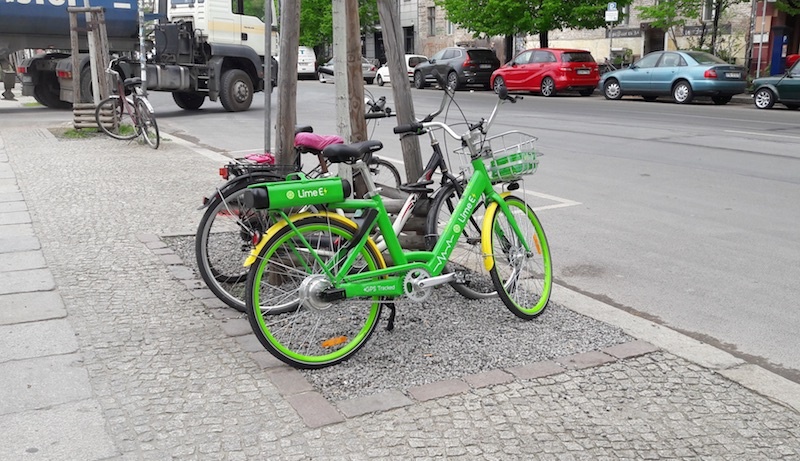 Both companies are aggressively hiring at the moment. Lime — which closed a $335M Series C funding round last month — currently has dozens of positions open across its multiple offices, and is looking for a “Community Affairs Manager” in NYC. Meanwhile Citi Bike’s major staffing focus is on, you guessed it, Brooklyn.

Banking on biking may be risky given New York’s harsh winters and sweltering summers. But between the city’s mess of a shuttle bus plan and (serious) proposal to row gondolas across the East River, New Yorkers may not have too many viable options in the coming year or so.