Health and wellness apps continue to explode during the pandemic. Can Sona set itself apart?

Sona couldn't have hit the market at a better time. The app bills itself as a "personal music therapist for sleep, stress, and focus," joining a host of apps positioning themselves as salves for this overwhelming historical moment and beyond. But Sona is counting on music to be its differentiating factor.

For decades, music has been understood as vital for overall health and stress relief. According to a study by Lancet, surgical patients who listened to relaxing music before, during or after a procedure reported lower levels of anxiety. A study from the University of Maryland found that listening to relaxing music can improve stress and cardiovascular health.

CEO Neal Sarin built Sona with the intention of optimizing music's health benefits. Sarin is a music producer and meditation enthusiast. He began experimenting with transcendental meditation back in 2010. “I thought how cool it would be if we could make music that could help people achieve similar benefits to traditional mediation just by listening to music, ” Sarin says.

Previously, Sarin was the head of A&R at JioSaavn, a music streaming company. One day at work, he had a lightbulb moment. "As a society, we’ve been conditioned to see music as a means of entertainment when music is healing,” Sarin says. “We have this massive music industry, but where is the restorative music industry?”

Sarin brought on a team to produce custom music for Sona after co-founding an in-house record label at JioSaavn.

One of the biggest Silicon Valley tropes is founders and their PR teams bombarding reporters with pitches about how their products, usually an app of some kind, are changing the world. Sona could be perceived as more of the same, entering an already saturated market of wellness apps. How could Sona make more of a difference than, say, Headspace? The Business of Business gave it a try to see how it stacks up.

A look inside Sona

Sona's simplistic look is the first thing you notice upon opening the app. It’s minimal and consumer-friendly, limiting any friction or potential stressors that could come from navigating a tricky app. Users can choose among curated playlists, including ones geared toward relaxation, focus, sleep, and mood boosting.

Each "mood" starts with a short breathing exercise before jumping into the music. The interface shows a clip of rolling waves along with a song’s info stamped on top. The app's songs are made by in-house musicians and producers, created to target different emotions. It’s not a compilation of relaxing tunes that you can get on YouTube or Spotify. 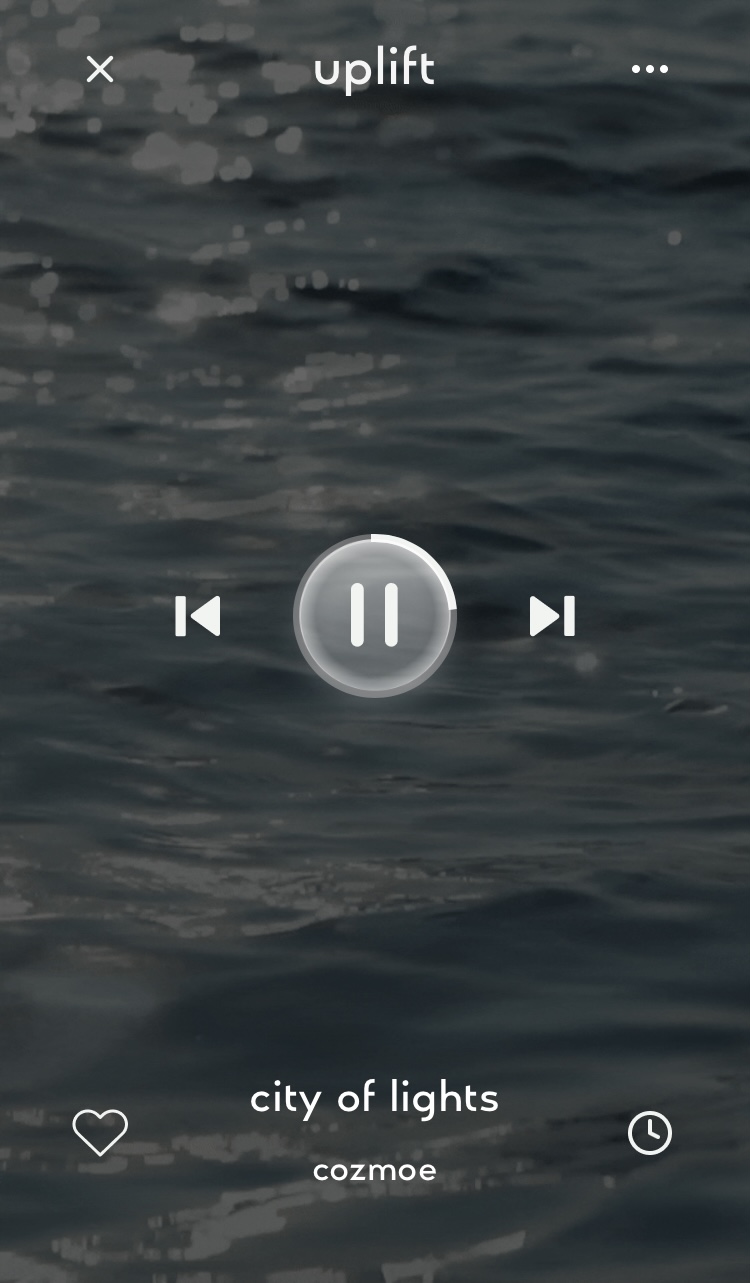 “Naturally, you can’t just go and say your music has these benefits without really proving it,” Sarin says.

Sona brought in Dr. Robert Knight, the Head of Neuroscience at UC-Berkeley, as an advisor. The company then conducted a study with Nielsen Consumer Neuroscience to test the app’s ability to reduce stress. According to the study, participants who listened to Sona music for ten minutes experienced increased memory activation and decreased attention processing time, similar to the effects of meditation.

I was skeptical, but when I tried the app for myself over the course of a couple of weeks, I did feel a noticeable decrease in my anxiety. I felt more patient with my daily tasks and interactions. I was more productive during work hours, able to file several articles and feeling less deadline-driven pressure. My work schedule usually takes up most of my energy, but I felt more alert in the evenings after using Sona.

Sona falls at the intersection between music apps and wellness apps. And as it turns out, Sona’s approach isn’t totally unique. There are curated mood playlists on every music streaming service. Spotify has playlists like Deep Focus, which aims to keep listeners calm and focused. The playlist has more than 3.4 million likes. Apple Music has its pure ambient playlist, which is updated regularly.  Pandora has stations dedicated to relaxation, one of which touts 13 million subscribers.

Meanwhile, there's a growing number of apps dedicated to self-care and wellness. The meditation app market is led by two key players, Headspace and Calm. Headspace has seen a significant rise in users, especially during the pandemic. Its Apple App Store ratings have jumped from 637,000 last April to 750,000 this month. As of 2020, it counts 2 million subscribers and 65 million total downloads. The company announced its Series C last year, now with $215 million in total funding.

Headspace's growth can be partially owed to its diverse features— Meditate, Sleep, Move, and Focus. There are also mediation programs, classes and audio playlists with ambient music that help you focus.

How can Sona gain market share while these apps are already on their way to wellness app market domination? It could come down to consumer costs.

Calm and Headspace can get pricey with annual fees of $69.99 and $70, respectively.  Meanwhile, Sona costs $29.99 per year, hoping to take the stress out of subscriptions. Consumers get a free trial of 25 songs with no commitment necessary.

Sona straddles the line between wellness and music app, which could turn out to be a strength and a weakness. The question remains whether Sona offers enough unique features, ones that users can't get from other apps, to win over paying customers.