Last March, SoftBank was in trouble. Due to the economic crash following the spread of the coronavirus, the Japanese bank’s shares had lost half their value, or $50 billion, in two short weeks. SoftBank founder Masayoshi Son even told the Wall Street Journal that he had “peered over the cliff edge” of financial ruin.

Enter Gordon Singer, head of hedge fund Elliott Management’s London office and son of Paul Singer, the firm’s founder. Thanks to Elliott’s strategic guidance, led by Gordon Singer, SoftBank was able to bounce back from the brink. By November, SoftBank closed around 144% higher than its lowest share price of the year on March 19.

Elliott in fact approached SoftBank the summer before the pandemic began, as Elliott was looking to have a larger stake in the bank, which Singer saw was trading far below the value of assets it was holding. Masayoshi Son had just lost billions bailing out WeWork, which had recently cancelled its IPO last minute and fired its founder, Adam Neumann. Then, when the pandemic hit, things were worse than ever at SoftBank. Son was holding daily meetings with Singer to help pull the company out of its nose dive.

Singer, who’s had a successful run at Elliott’s London office since 2009, isn’t an obvious match for Son. Singer grew up in New Jersey, studied abroad in the UK, and spent a couple of years as a trainee analyst at Lehman Brothers in New York before taking on his role at Elliott. Unlike his father, Gordon isn’t well known in finance and isn’t as outgoing. A manager told the Financial Times that Singer is “a very reserved character.”

Despite his quiet demeanor, Singer didn’t seem afraid to give Son honest advice. He employed a series of strategies that rescued the company: buying back shares, selling assets, and improving corporate governance. According to the Wall Street Journal, Singer advised adding women to its board of directors and implementing checks and balances on Son himself. While many at Elliott were worried that Son would react harshly to the advice, given his dominance over every business decision SoftBank makes, he eventually agreed to make the changes once the pandemic began wreaking havoc on the markets. 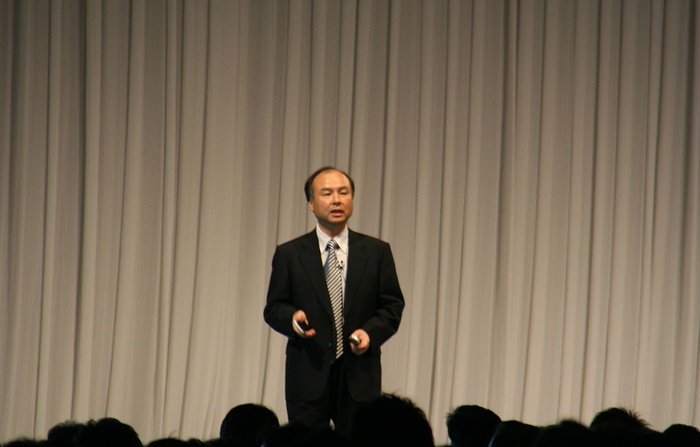 Buying back shares would be crucial for SoftBank to stay afloat. On March 13, the bank bought back 7% —  worth $4.8 billion — of shares, which Elliott said wouldn’t be enough. By the 23rd, however, SoftBank’s shares had tumbled so low that Son decided to take serious action. The company sold off $41 billion in assets to use the money to buy back $18 billion in shares, much more than the Elliott team expected. And the company kept on selling.

Many of those key decisions were likely influenced by Singer’s daily calls with Son, especially early on in the pandemic. While Son is known for his erratic behavior regarding investments, business models, and even day trading, Singer may have influenced Son to relinquish some control of his company for the sake of its survival. And Singer seemed the right personality for the job. His diplomatic approach was likely one of the critical factors that saved SoftBank from disaster.

An actor accused of orchestrating the fraud had just $6,500 in checking accounts and a $6.5 million house. Tracking down the rest is likely to be a long, painful process.
Christie Smythe
4.9.21   9:25 PM
Markets

Clubhouse is in danger of fading. Can tipping save the voice-chat app?

Users seem to think the payment feature, launched with Stripe, could either open up new opportunities for creators or hasten the app’s decline.
Christie Smythe
4.8.21   10:32 PM
Tech

How crypto is trying to spend its way into becoming money

Deliveroo's on a hiring spree despite having the worst IPO in U.K. history

Deliveroo has quickly become one of the hottest startups in the U.K., but investors are raising concerns with its business model.
Ivan De Luce , Julia Gray
4.6.21   2:08 PM
Markets

Lithium-ion batteries pose obstacles for growing the EV market, but these startups are trying to help clear the road.
Christie Smythe
4.5.21   10:03 PM
Tech
View All