The ambitious, bold and hungry start their week with The Business of Business!
Markets
10.18.18   7:09 PM Markets

Retail landlords Simon and Brookfield are surviving the "Retail Apocalypse". Here's how.

Simon Property Group and Brookfield Property Partners, two of the biggest REITs in our database, are evolving to combat the retail apocalypse.

On October 15, Sears ($SHLD) announced that it was filing for bankruptcy protection, adding that it would close 142 Sears and Kmart locations in addition to the 46 they planned to close by November.

That’s bad news for the companies, but they aren’t the only losers. When the retail stores close, they leave a vacancy, and the owner of that property is no longer collecting rent. In most cases, it is a real estate investment trust (REIT) that owns those vacated stores.

As a result, REITs were being hit hard; the 10 largest REITs have seen their revenue drop between 14% and 40% in 2017... But Simon Property Group ($SPG) and Brookfield Property Retail Group ($BAM)— the latter of which recently acquired General Growth Properties — posted glowing second quarter results and are looking optimistic days away from their third quarter calls. Furthermore, they currently have the most tenants out of any other REIT in the Thinknum database as of October 11.

How are Simon and Brookfield not only staying afloat, but thriving in the current state of retail? For both REITs, the answer lies in high occupancy and recent business decisions.

That's not to say that Simon is solely in North America; it also has nine malls in Japan. 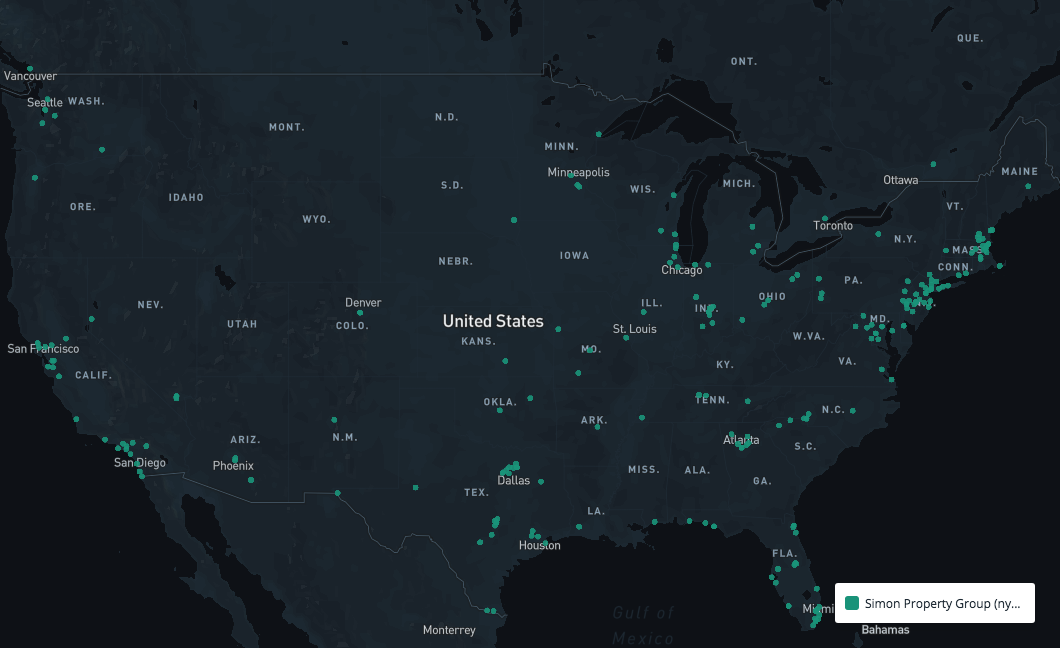 In the same report, Simon reported an occupancy rate of 94.7%, which is on par with the industry average. How are they able to do this with such a large portfolio? By evolving their properties.

In April, Simon announced redevelopments in five locations where Sears left tens of thousands of square feet in retail space vacant. The redevelopment closest to completion, the Burlington Mall in Massachusetts, is expecting to fill that space with other stores and restaurants by the spring of 2019.

One month later, the REIT put more than $4 billion "to create experiential destinations" — multi-use spaces — within its largest properties. This includes the King of Prussia mall, which will gain a outdoor plaza, residences, a hotel and Class A office building, Sawgrass Mills, which will get a full interior renovation and expansion, and Roosevelt Field mall, which will get a "multi-brand platform" for emerging and established brands.

Those three malls are also among their biggest properties by number of tenants, with King of Prussia, the Pennsylvania mall that is the largest in the country by gross leasable area, claiming 391 current tenants.

Outside of its Guest Services and Santa Photo Experience locations owned and operated by the company, Simon's most common tenants are Sunglass Hut, a sunglasses-selling subsidiary of Luxottica Group ($LUX), American Eagle ($AEO), and Zumiez ($ZUMZ).

Should any of those companies go by way of Sears, it would leave plenty of retail space open, but would not take more than 1% of Simon's current number of occupied retail spaces.

Chicago based Brookfield Properties Retail Group just acquired General Growth Properties in late August 2018, giving it approximately 148,000,000 leasable square feet across the United States. Its portfolio is mostly concentrated in California, Texas, and Florida, which have 17, 14, and 13 malls respectively. 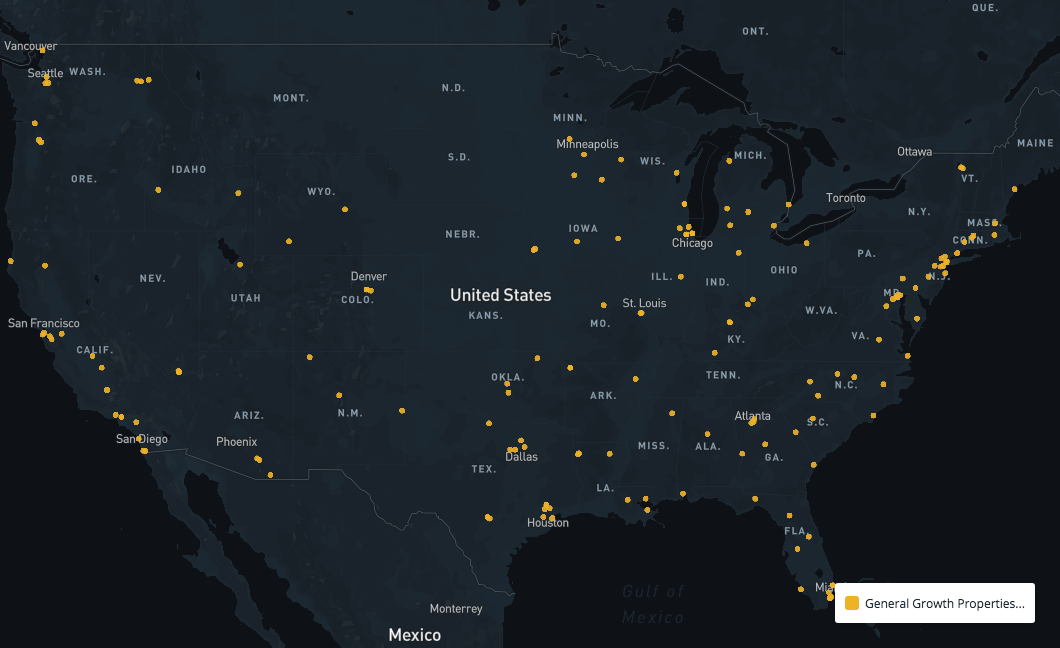 Its largest mall by number of active tenants isn't actually in the contingent United States — the Ala Moana Center in Honalulu, Hawaii has 348 current tenants. The next biggest retail space, the Fashion Show complex in Las Vegas, has over 100 less tenants.

In the second quarter, Brookfield posted a same-store Core Retail occupancy rate of 94.3%, which is a decrease of about 0.4% over the prior year period. While its troubling to see a decrease in occupation, it still has plenty of tenants to collect from.

Like its main competitor Simon, Brookfield gets the most out of Sunglass Hut, who has 118 locations on its properties — or at least one space at over 50% of Brookfield malls.

With third quarter earnings calls for Simon and Brookfield coming up, their outlooks are bright despite the retail apocalypse. And should their future investments pay off, the Simon and Brookfield malls visited by millions of Americans will begin a new chapter even in the age of free two-day shipping.