The ambitious, bold and hungry start their week with The Business of Business!
Markets
6.21.18   1:57 PM Markets

Shake Shack vs. In-N-Out: A map

You may like one over the other, but chances are you don't have much of a choice based on where you live. Here's how the two compare on the map.

We Americans love our burgers. We also love arguing about our burgers, especially when it comes to the two niche chains often considered to be the top of the heap: In-N-Out ($PRIVATE:PRIV_INNOUTBURGER) and Shake Shack ($SHAK).

It's widely known that In-N-Out is a west-coast affair with no plans to move anywhere east of Texas. Shake Shack, however, which began as a one-off in New York City's Madison Square Park, has ventured west.

But as of today, when mapped, the two brands look more like a Dodgers vs. Yankees fan map than a simple burger chain location comparison. 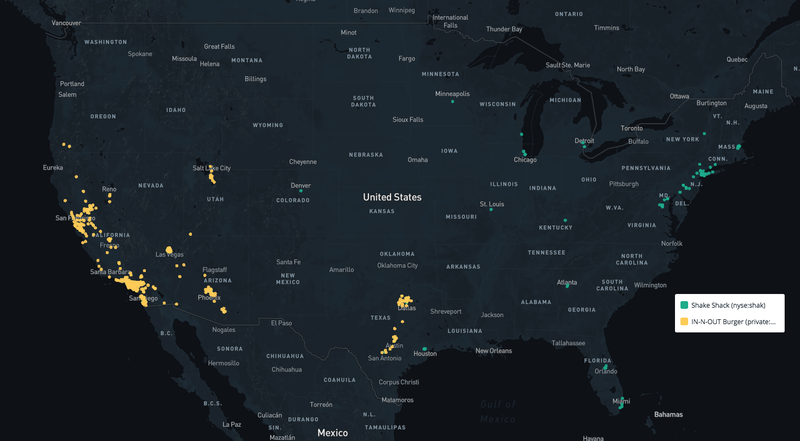 Shake Shack and In-N-Out locations throughout the US

A closer look at the northeast reveals Shake Shack's concentration in the New York area with a smattering in DC. 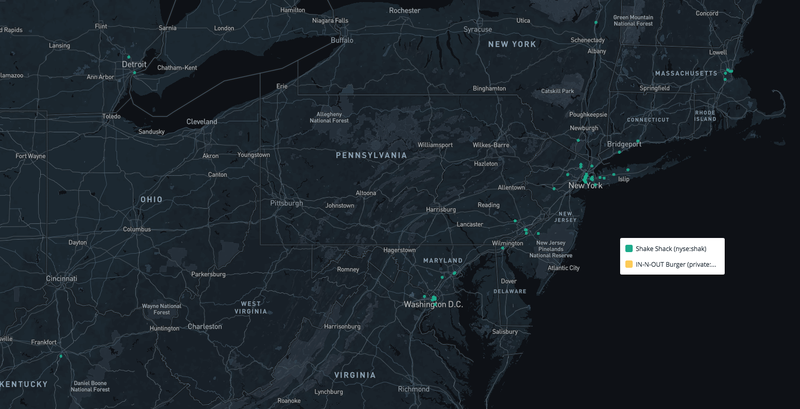 You won't find an In-N-Out in the Northeast

In the LA area, In-N-Out is well established. But if you squint your eyes (or click for a larger version), you'll see a few Shake Shacks making their presence known. 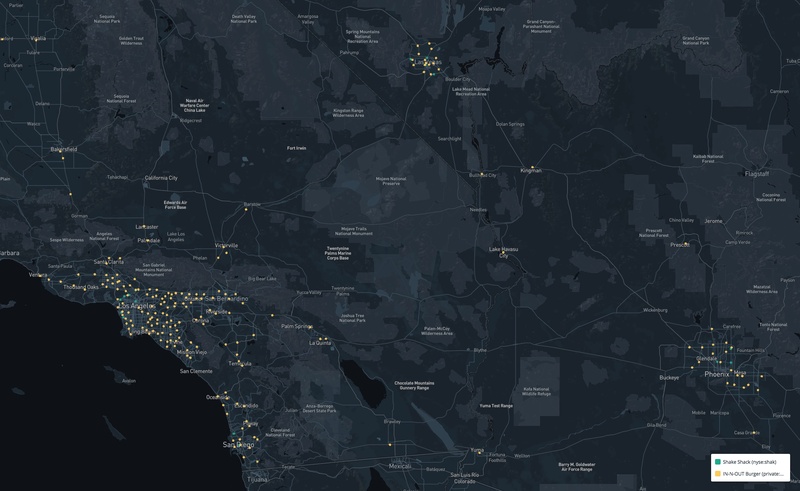 Shake Shack has made a minor appearance in the LA area

And with that on this muggy Thursday (we're in New York, home of Shake Shack), we'll head off to order some lunch. 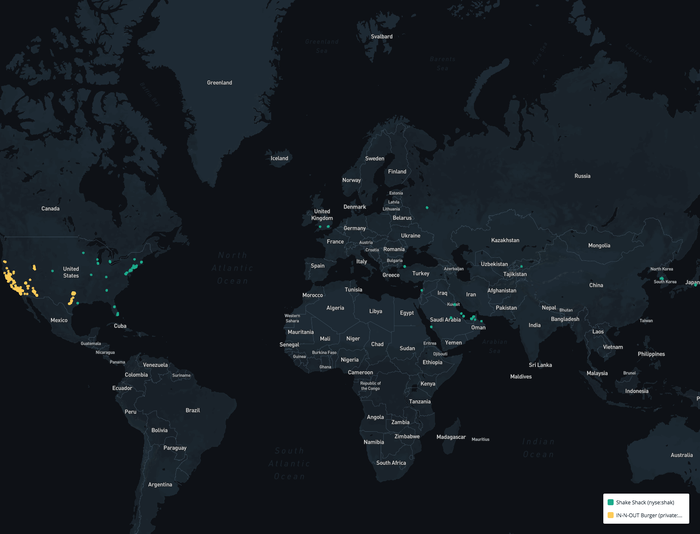 Side note: The above maps are based on data for 347 In-N-Out stores and 178 Shake Shacks.