The ambitious, bold and hungry start their week with The Business of Business!
Markets
3.22.19   7:29 PM Markets

As the "retail apocalypse" hits restaurants, it seems Shake Shack is riding the wave past them by opening more stores in 2019.

Since it started out as a hot dog cart in Madison Square Park, Shake Shack ($SHAK) now boasts over 200 restaurants around the world.

According to data from its official website, 50 of the 214 restaurants were seemingly added overnight from March 13 to March 14.

Whether this is Shake Shack opening these stores in the span of 24 hours, listed them suddenly, or if this has something to do with our indexing process (we reached out to the company for a comment about why this is happening), these reasons are all non-factors in what really matters: the fast casual chain is continuing to expand rapidly.

Most of its locations are in the United States, where news stories from several different local outlets confirms the recent openings of several stores. 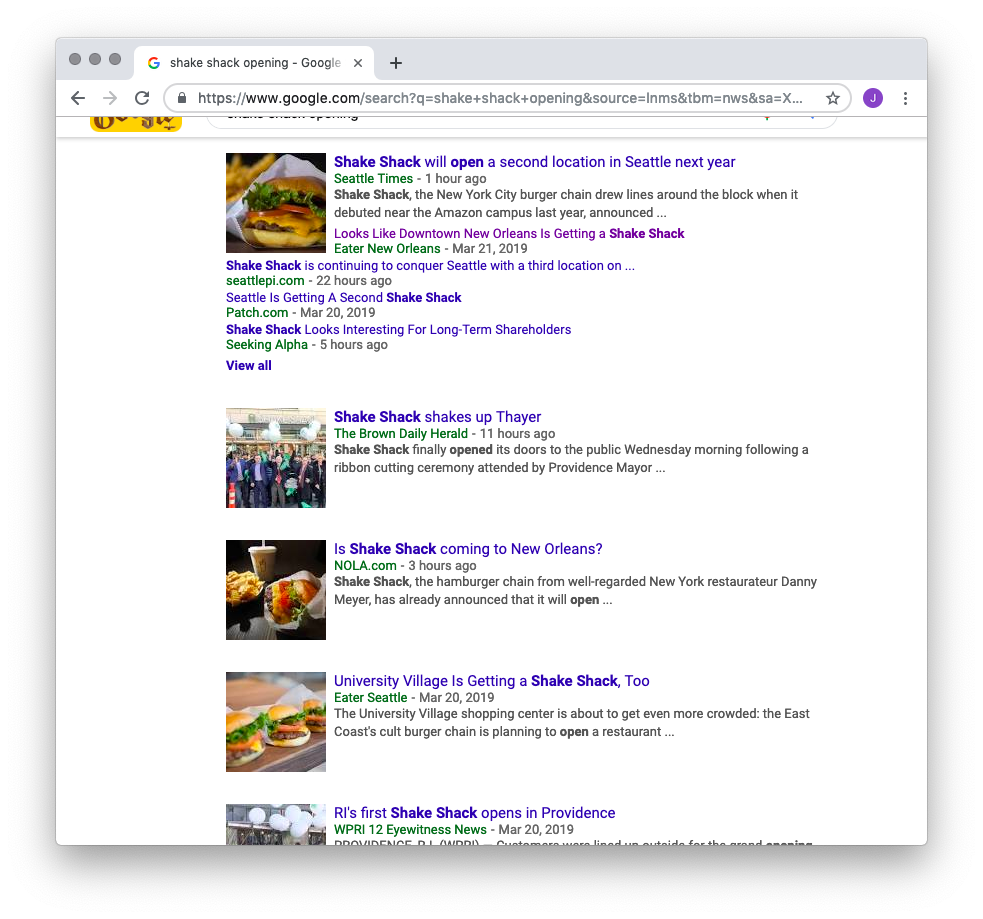 Since May 8, 2018, Shake Shack has also listed 30 more stores as locations with online ordering available.

More than half of Shake Shack's locations have online ordering and pickup capabilities, which comes as the restaurant industry is being choked out by online delivery platforms. With how Shake Shack operates as a fast casual restaurant, they are in an obvious place to where they can benefit from the current restaurant climate. Fast food — even if it's not made like actual fast food — that can be picked up in seconds and brought elsewhere has shown to survive the current retail, and now supposed, restaurant apocalypse.

With Shake Shack stock trading about $2 up from where it was priced at the previous month, it seems that investors are noting the potential and growth of the burger joint known for Shackburgers, Flat-Top dogs, and Concrete shakes.