The ambitious, bold and hungry start their week with The Business of Business!
Markets
8.28.18   3:05 PM Markets

As Sears continues to reduce its retail liabilities, we take a look at its shrinking retail footprint - before and after - on the map.

Last week, Sears ($SHLD) announced that it would be closing another 46 stores. Scattered throughout the country, those closures included 33 Sears stores and 13 Kmarts. Their locations, when mapped, show a relatively even displacement.

Store closures for Sears have come to be expected at this point as the company looks to survive in an increasingly complex retail environment. In January, the company said it would be closing more than 100 stores. Then, in May, it announced another 100 closures.

As of today, we show 2,552 Kmart and Sears locations in our Thinknum Datalab database. Included the closed stores we retain in our database since we've been tracking locations in 2016, there were once 3,676 locations. When mapped, the before and after versions of the same North-American area shows how much the Sears / Kmart empire has shrunk in just the past few years: 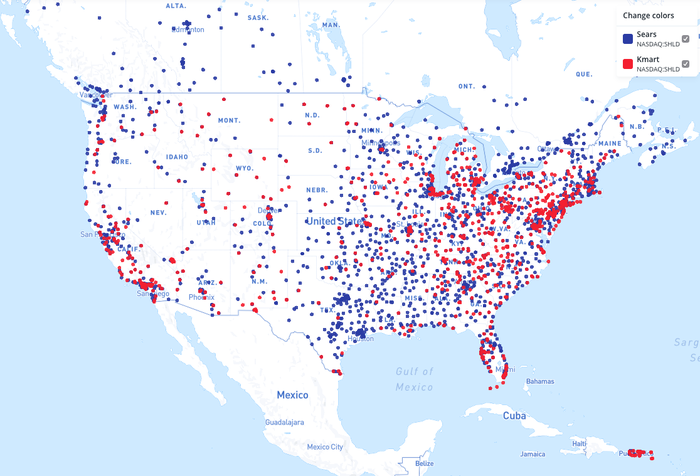 Sears and Kmart loations before closures 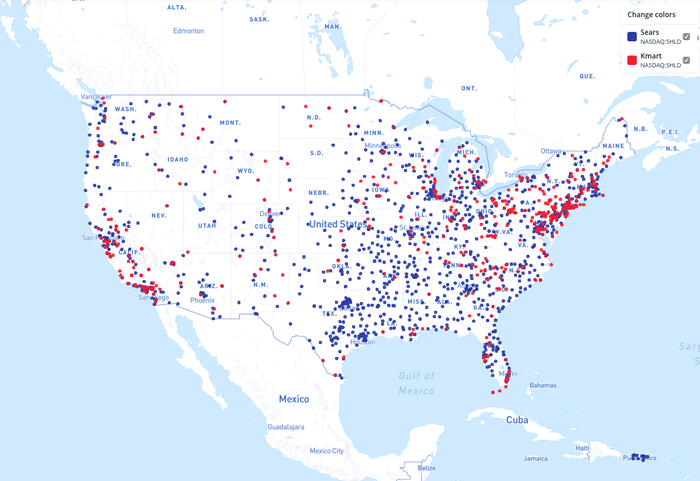 Sears and Kmart locations after closures

By isolating the closed stores and grouping by city, and then counting the number of closed stores, we can gain a sense of where most of the Sears / Kmart closures have occurred (data source here).

Many of Sears / Kmart's closures have occurred outside of the United States - with Canadian cities hit the hardest. As of now, Sears operations in Canada have ceased. 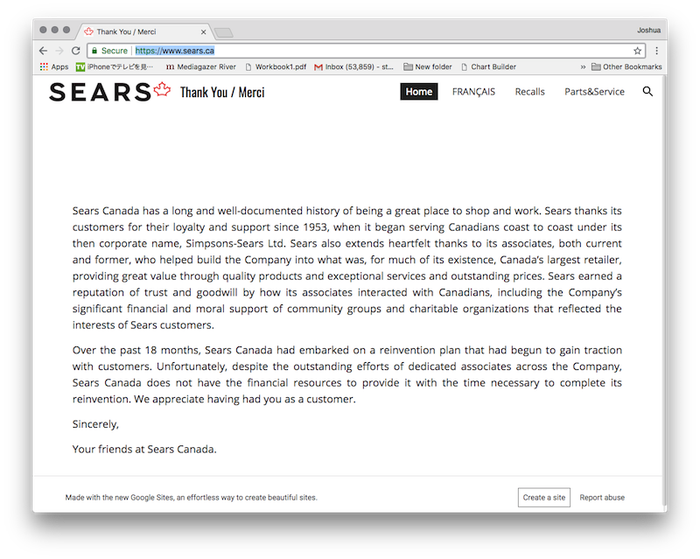 Sears CEO Eddie Lampert has been focused on reducing the company's real-estate liabilities while focusing on e-commerce. Meanwhile, the company is looking into selling its Kenmore appliance brand for $400 million to ESL Investments which, coincidentally enough, is Lambert's very own hedge fund. Sears already sold off its Craftsman tool brand to Black & Decker in 2017.

Sears' latest quarterly report from May 31, 2018 included a net loss of $424 million. Total revenues were $2.9 billion, down from $4.2 billion from the same quarter in the previous year.

It's likely that Sears / Kmart will continue to shrink its real-estate footprint, and we'll be here to track it along the way.