The ambitious, bold and hungry start their week with The Business of Business!
Features
5.14.20   3:27 PM Features

Report: How much experience do financial advisors really have?

Of the roughly 7,500 advisors in Northwestern Mutual's lineup of financial advisors, 1,700 have been with the firm for less than 2 years.

We already know that the vast majority of financial advisors are male. When we ran the numbers on a database of nearly 7,500 CFAs at Northwestern Mutual, we discovered that 87% of its team was male, based on gender information the Life Insurance company has hidden in its site code.

But are these 87% of men experienced? While various studies suggest that the average financial advisor is between the age of 51 and 55, and that 38% expect to retire within the next 10 years, it's unclear how much actual experience advisors have in the profession. Was your advisor a DJ in Miami last year? It's not likely, but anything is possible in this modern world of second careers.

Clearly, people want financial advisors who have years of experience and are financially successful themselves, so the above numbers aren't terribly surprising, if at the very least disconcerting for those looking for some diversity in those with whom they confide their future plans. 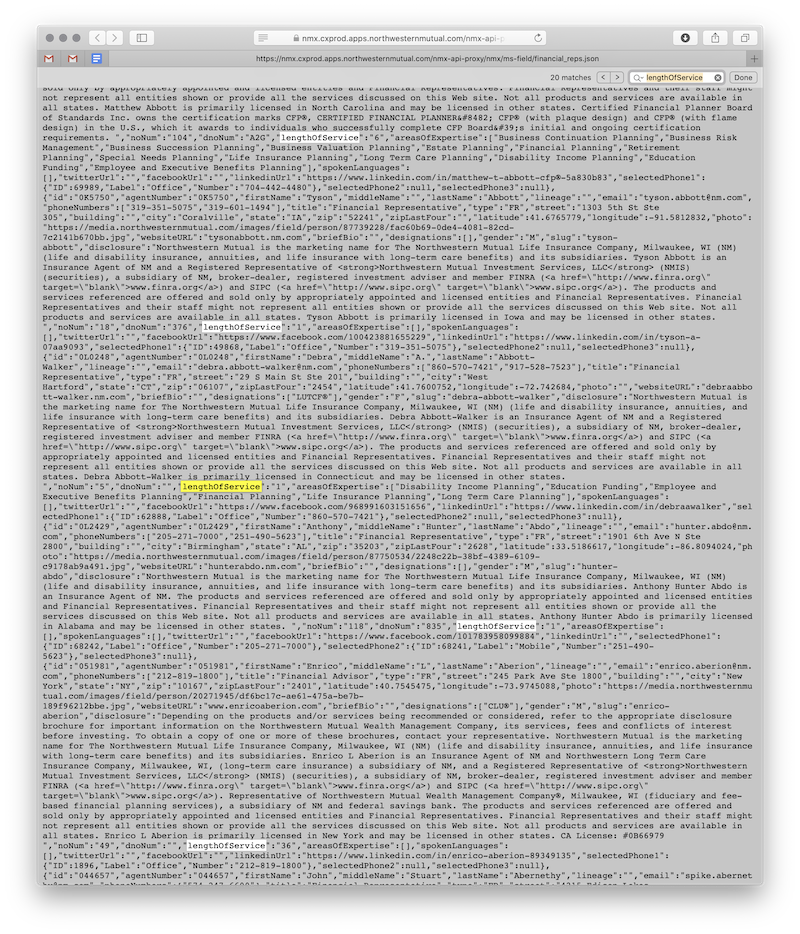 The histogram below shows the quickly cascading years of service, as reported by Northwestern's own directory.

However, the average years of service for a Northwestern Mutual is 13.4. That's because, as you see above, there's a very long tail of advisors who have been "in service" for more than 20 years. Three have been in service for an impressive 68-70 years.

So what does all of this mean? One of two things. First, it means that firms like Northwestern Mutual are hiring a lot of freshman advisors. Second, it means that advisors, especially younger ones, are jumping ship.

This is good for investors who want to work with young, hungry advisors, but not so good for those who prefer an experienced captain who can guide them through stormy waters. Given the average length of service at Northwestern Mutual, though, it certainly looks possible to be matched with either.

The age spread by location varies widely, however. In Vermont, Northwest Mutual's 4 advisors average a 22.75-year service length. In Wyoming, the average length of service is just 5 years.