The ambitious, bold and hungry start their week with The Business of Business!
Markets
6.27.18   2:55 PM Markets

After our Shake Shack vs. In-N-Out map went viral, we were asked to include midwest-favorite Portillos. We also look at the massive footprint of Five Guys.

Last week we compared Shake Shack and In-N-Out locations in a story that went a bit crazy viral. Seems people are really into their burgers. We were asked — well, begged — to add in midwest-favorite Portillo's as a way to show that the rust belt has a burger mecca of its own. We're not the types to turn down a request involving burgers, so here you go. 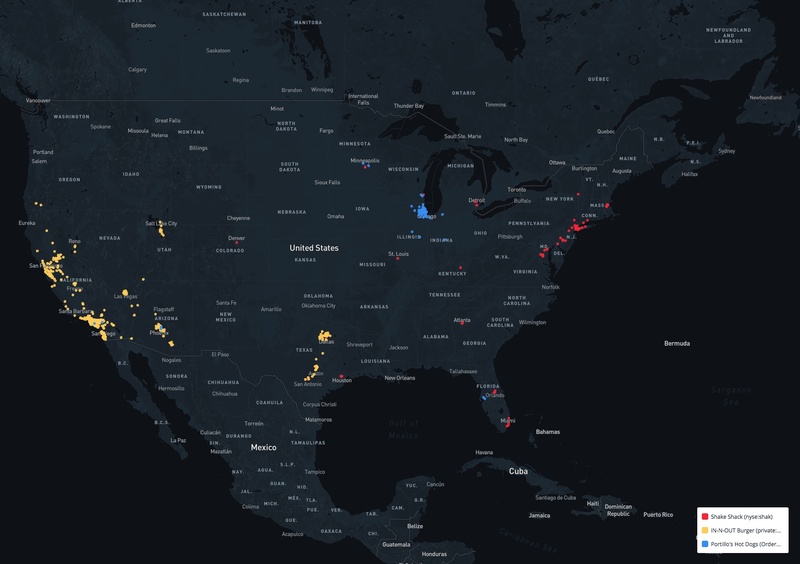 Portillo's is small but mightly, with more than 50 locations, most of which are in Illinois. Don't let that fool you, though: The hot-dog and burger chain has opened locations in fast-food friendly California, Florida, and Arizona. Here's a chart including Portillo's locations: 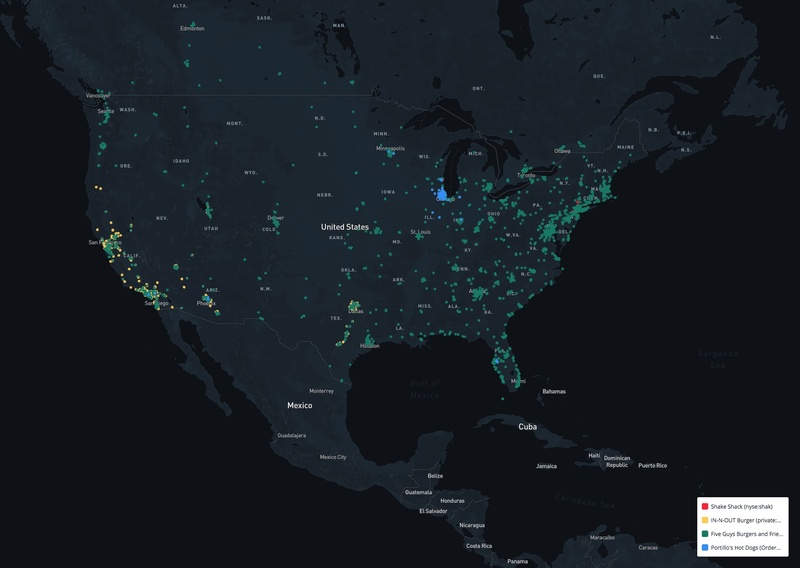 Speaking of mighty, however, when we add in Five Guys locations, we can see how quickly that chain has spread throughout the United States. With more than 1,400 locations in the United States, Five Guys already dwarfs both In-N-Out's 347 stores and Shake Shack's 178 locations. 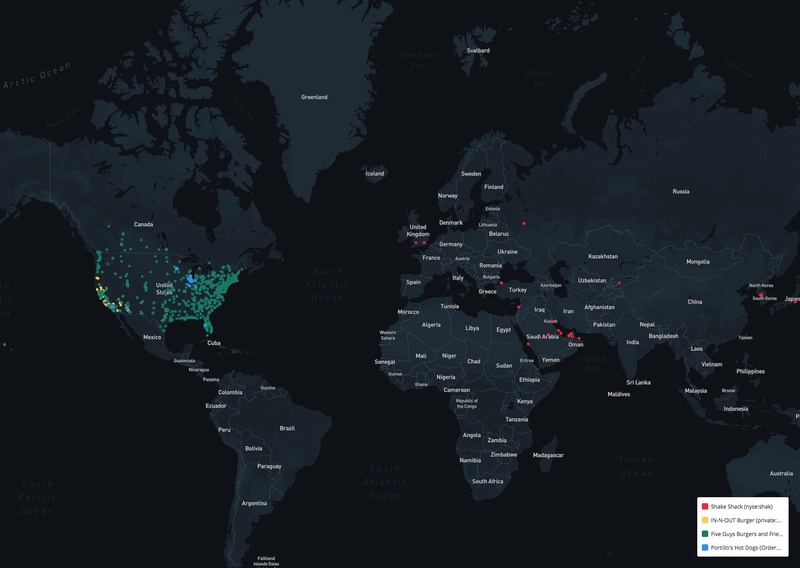 To finish out latest look at the world of burgers, we look at ... the world. In terms of burgers. Of course, Five Guys has expanded into Europe, with locations in England and other countries. We'll update our burger maps as soon as we've pulled that data.

Until then, eat up.