The ambitious, bold and hungry start their week with The Business of Business!
Markets
1.10.19   7:48 PM Markets

Dollar Tree is opening a Family Dollar two doors down from one of its own stores in Houston. What could possibly go wrong?

Dollar Tree ($DLTR) is facing questions from activist hedge fund investor Starboard about Family Dollar, the rival-turned-subsidiary that it has been married to for almost four years. Because Family Dollar is performing worse than its parent company — same-store sales have decreased for several quarters while Dollar Tree's sales have increased — Starboard is calling on Dollar Tree to sell it and focus on its own stores.

But why is this the case?

Although Starboard, another reason could be in line with what Americans have seen time and time again in the "retail apocalypse:" a case of too many stores in too little market space.

Out of those 2,644 Family Dollars, there are 590 that have more than one sister store within a one mile radius. While some store clusters are understandable (i.e. big cities where it takes more than a 3-minute drive to get around), others may indicate an overexposure to a poor market. 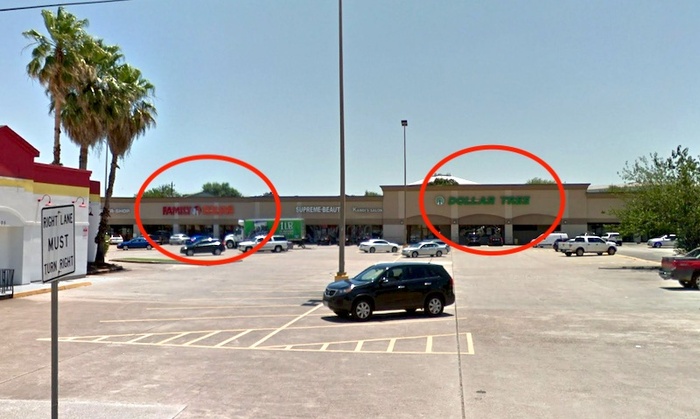 Lower-income neighborhoods would be hit hardest should Family Dollar fold

According to 2016 income data cross-referenced with store location data, the average Family Dollar store sits in a neighborhood with a lower income than where a Dollar Tree is. Breaking neighborhoods down by CBSA (Core-Based Statistical Area), County, or Zip Code all reveal that, on average, Family Dollars are in poorer neighborhoods.

**Not all median income data was included, as some stores had incomplete location/income data. Therefore, take these estimates with a 5% margin of error.**

Even with a margin of error to this claim, Dollar Tree literally pointed this out several years ago when it bought out Family Dollar, saying the move would give the company more reach to lower-income people in rural and urban areas.