The ambitious, bold and hungry start their week with The Business of Business!
Markets
2.1.19   4:39 PM Markets

With Pizza Hut announcing an expansion of its beer delivery service, here's an update on the ever-happening Pizza Wars in America.

Pizza Hut ($YUM) just announced it will expand its beer delivery service to 300 stores in Florida, Iowa, Nebraska, North Carolina and Ohio, as well as in the original test markets of California and Arizona. The plan is for the company to bring beer delivery to 1,000 of its restaurants, which, according to data from Pizza Hut's store-location website, represents about 15% of its current American footprint. 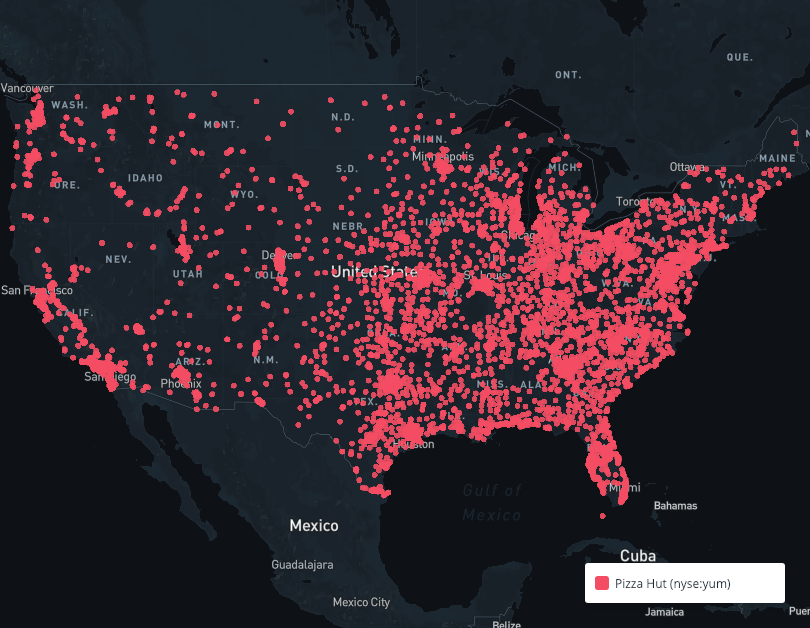 The average Pizza Hut sits in a neighborhood with a median income of $54,958.59. Neighborhoods range from the richest (such as in McLean, Virginia) to the poorest (Shawnee, Kansas). But Pizza Hut knows that everyone loves pizza, regardless of economic makeup.

And, of course, no matter what income people in those neighborhoods have, all of those places have one thing in common: they have a good amount of people who, in some capacity, like beer as much as they like pizza. Pizza Hut's initial test run was successful enough that the company will continue to roll it out into the summer of 2019.

Right now, Pizza Hut is locked in a United States land war with Domino's ($DPZ) and Papa John's ($PZZA) as we covered in months past. Pizza Hut still has the largest slice of the American pie, but Domino's is slowly creeping up.

And, as seen in the below pizza pie chart, Papa John's is still not even close to its competition. 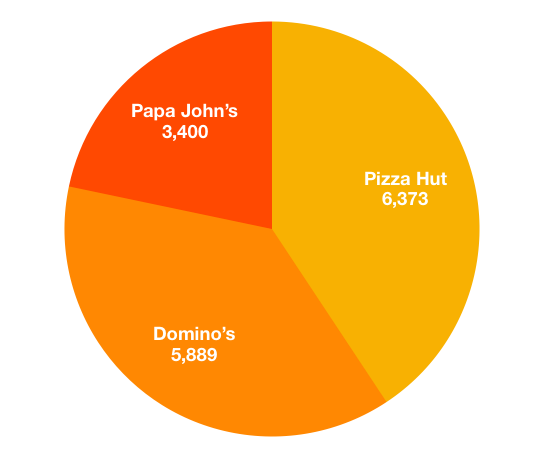 Objectively (actually critically) speaking, pizza and beer is a quintessential combination of carbs enjoyed across the nation. Pizza Hut is the first of the three main pizza chains to realize this, and if its consumers jump ship due to the convenience of ordering their pizza AND beer without having to leave their abode in a single order, it could be huge for Yum! Brands.