The ambitious, bold and hungry start their week with The Business of Business!
Markets
5.8.19   2:09 PM Markets

PepsiCo is launching its first new plant in 2 decades in Mexico, and the company is already expanding its infrastructure as of February 2018. Data inside.

PepsiCo. ($PEP) announced that it is investing $4 billion into Mexico between now and 2020, with the aim to create 3,000 new jobs and a $109 million new plant — its first Mexican plant in two decades — in Guanajuato.

That will, without question, boost the number of job openings on Pepsi's official careers site... But it has already jumped a considerable amount since 2018.

While April is a historically busy season for PepsiCo in terms of hiring, the number of job openings this past month outpaced that of April 2018. Overall, posting numbers are trending upwards over the past year and change.

These jobs are not in Guanajuato, however; construction for the factory has an expected completion date in 2025, so Pepsi isn't looking to hire factory workers in 2019. Instead, it appears to be hiring in Mexico City, where it has a regional headquarters.

On every day we tracked PepsiCo's job openings, the most appeared in Mexico City. These positions from bi-lingual translators to legal counsel to even data scientists. 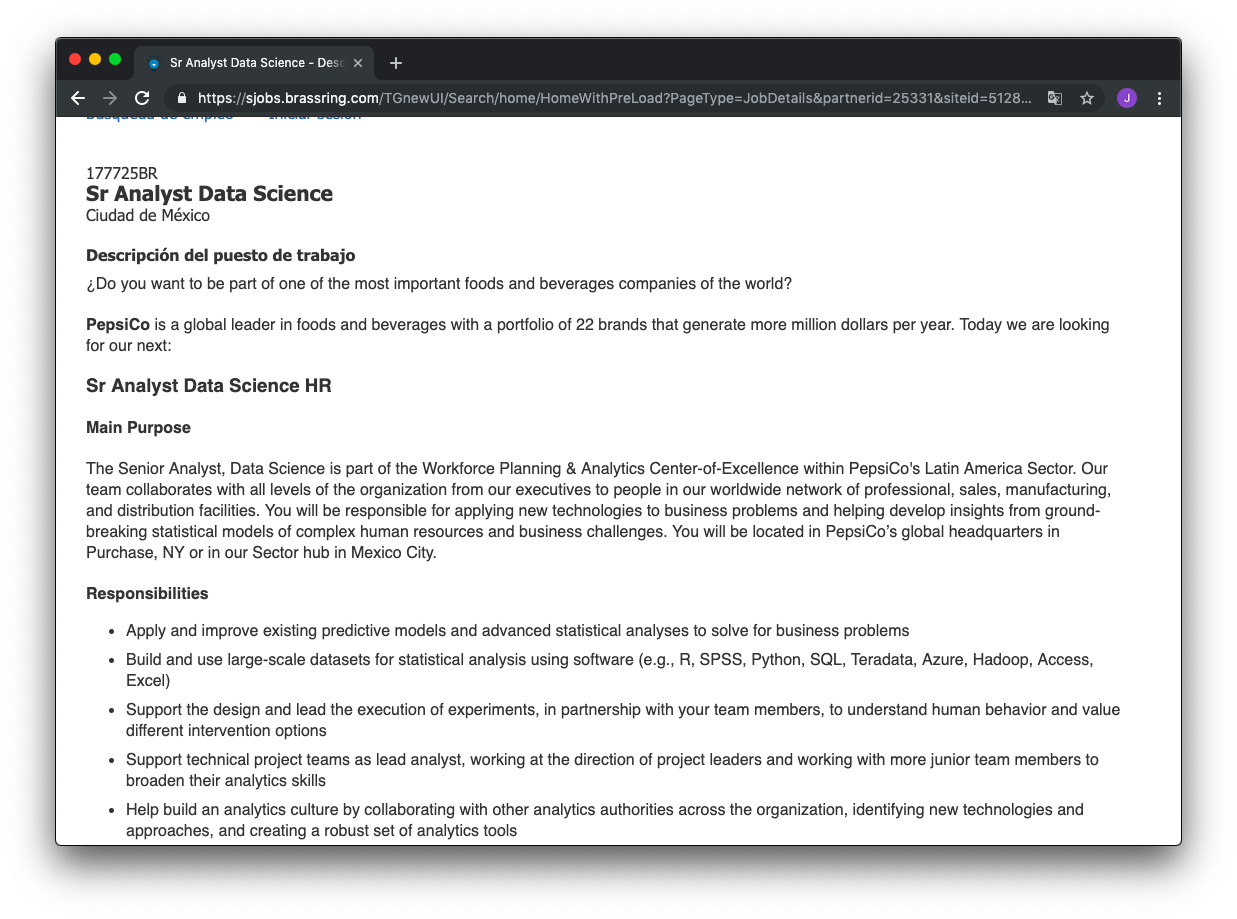 From the looks of both its $4 billion future investment and a current increase in job openings, PepsiCo appears to be ramping up infrastructure in the Latin America region, where it saw 9% year-over-year growth in operating profit. Taking out an "unfavorable foreign exchange" would have saw this increase be 15% year-over-year.

With a certain Diet Coke-loving politician critical of other American companies investing heavily into our southern neighbors, however, we'll see how this otherwise rational business move plays out for PepsiCo.