Is it 2004? World of Warcraft Classic is dominating Twitch viewership

World of Warcraft has unexpectedly become a ratings juggernaut, overnight. It's obliterating Fortnite, Counter-Strike, and anything else on Twitch. How can this be?

Remember when South Park took on the 2004 cultural phenomenon that was World of Warcraft? At its peak, WoW was the most-played game in the world, averaging 15 million players who paid $15 a month in subscription fees.

Things have changed since then, with several other games eclipsing the mantle of most played game: Minecraft, Call of Duty, World of Tanks, Wii Sports, Mario Kart, Grand Theft Auto V, Fortnite, and Skyrim. But in a nostalgic blast from the past, Activision Blizzard's (NASDAQ: ATVI) World of Warcraft Classic has shattered Twitch viewership numbers, and is the number-one game being streamed and watched since its release Tuesday.

World of Warcraft Classic has shattered Twitch viewership numbers, and is the number one game being watched since its release.

The interest in the classic version of WoW signals another smash hit, and brings us back to the good old days when Massively Mutliplayer Online Role Playing Games dominated and WoW clones saturated the market.

As of this writing, WoW Classic has more than double the stream views of the next game on the list, and four times the number of gaming sensation Fortnite. For comparison, Fortnite had high peaks during special events and tournaments, but then went back down to maintaining regular numbers. WoW Classic on its first few days of release are averaging in the millions.

Total viewership count is a good indicator of a game community's health, since Twitch is a platform all about watching other people play video games. Streamers and influencers across YouTube, Mixer, and Twitch can singlehandedly raise a game's profile, player base, and eyeball count. But the staggering thing is just how many concurrent viewers WoW Classic is getting, which is a better indicator of popularity.

But these numbers are from the middle of the week, during the day, in the dead of summer. That is simply astounding to pull off, for such an old game to make this big of an impact. It's the comeback of the century as far as we're concerned. People have League of Legends, Rainbow Six Siege, PUBG, Apex Legends, and DOTA 2 as alternatives. But WoW Classic is leaving them all in the dust. 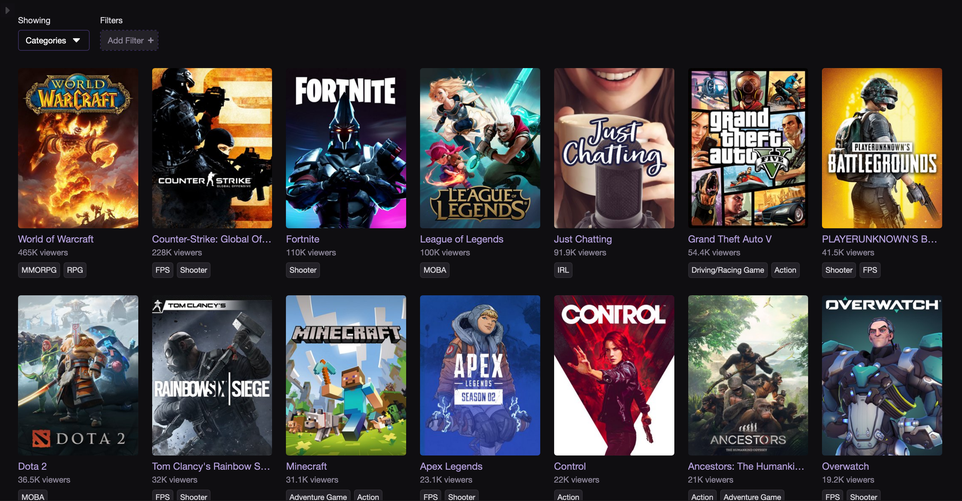 When we take a look at publisher Activision Blizzard, we can see an increase in social media buzz. There are countless fans of Warcraft who long left the game, stopped playing new content, and can intrigued to come back and see what all the fuss is about.

The retro-inspired wave of engagement, combined with a rise in player count across worldwide servers, could lead to a banner year for Activision. Considering its workforce in the following charts, things are looking good for the company across the board.